SESAME STREET Teaches Respect to GAME OF THRONES and WESTWORLD

HBO’s Game of Thrones and Westworld have a lot in common. They each take place in fantasy worlds and both feature a whole lot of nudity and sex. Also, people murder other people in brutal ways in every episode. Because the characters on both shows, whether they are Lannisters or hosts, have a lack of respect for one another. Fortunately, a timeless, wholesome kids’ show is here to teach them something about getting along. Because who better to help bridge the gap between enemies than the denizens of another magical place, Sesame Street. 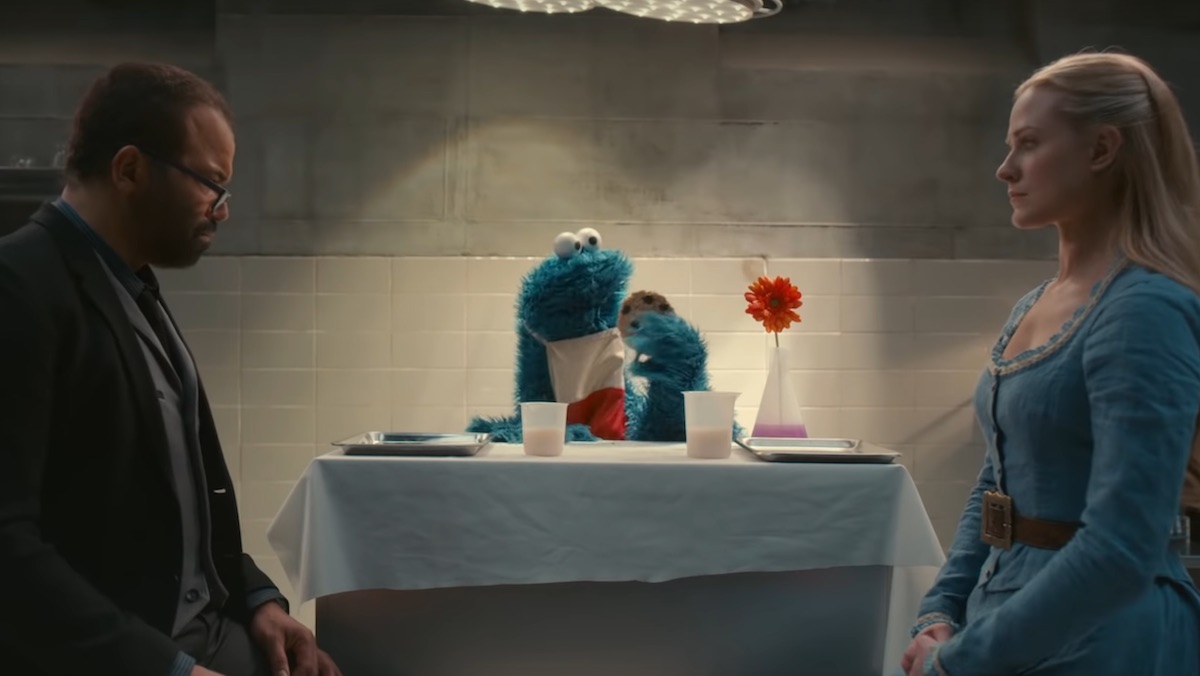 Sesame Street is a network neighbor. The PBS series began premiering new episodes on HBO in 2015. Today, the Street released two new videos of their characters talking about the value of respect with some very famous people from Game of Thrones and Westworld. In the first, a tense meeting between Tyrion and Cersei is interrupted by Elmo. Armor-clad Elmo just wants to help the estranged siblings overcome their longstanding hostilities.

Serious question: what are the odds the actual ending to Game of Thrones lives up to Elmo helping Cersei and Tyrion reunite?

In the second video, Cookie Monster enters a showdown between Westworld hosts Dolores and Bernard. The secret to overcoming our problems is showing others the respect we hope to receive. Well, that and cookies. Cookies really help make even the worst situations better.

We’re just kidding, of course that’s the real Cookie Monster. Just like Elmo, he understands why we should treat everyone with respect. Whether they’re Lannisters who hate each other, or murderous hosts who will stop at nothing to gain their freedom, a little respect can go a long way to making any world a better place.

Though we don’t think it would work on the Night King. Maybe we can send Oscar to talk to him.