Will GAME OF THRONES Give Us the Ending of Tyrion’s Unfinished Joke?

There are lots of big questions that need to be answered in Game of Thrones‘ series finale, but one mystery hangs above them all. It’s more important than who will live and die, or who will sit on the Iron Throne. It’s something that has haunted us since season one, and it might be the most important issue in all of A Song of Ice and Fire: Will Tyrion ever finish his joke about the honeycomb and the jackass? 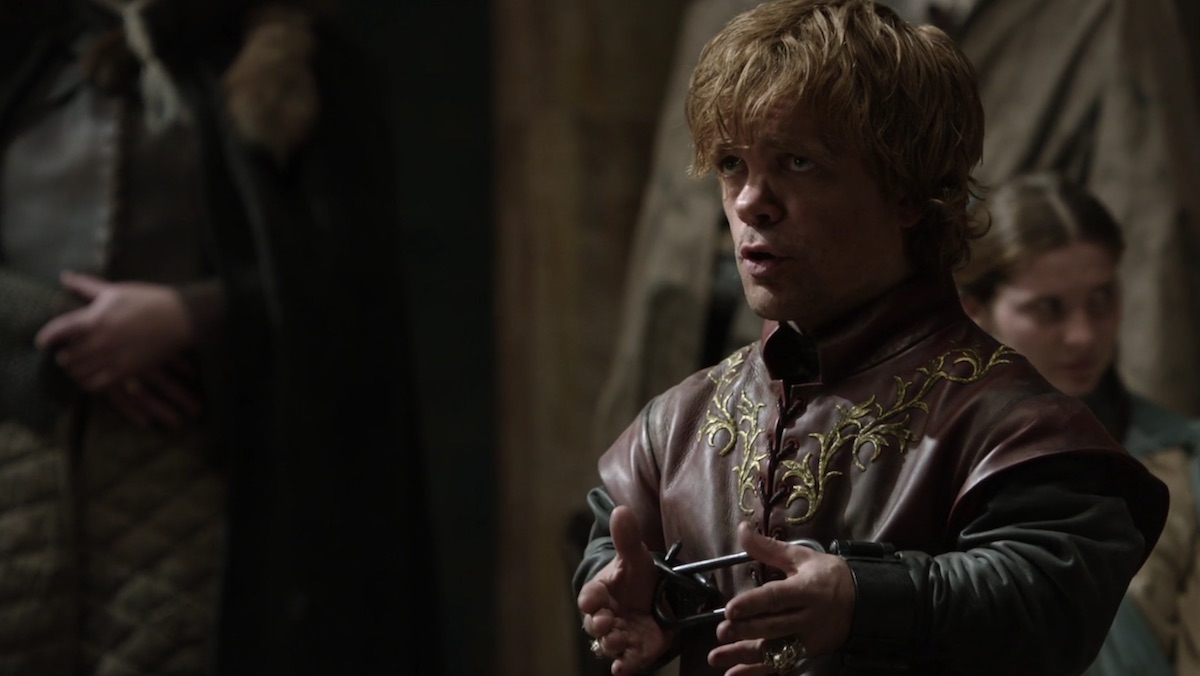 Twice now has Tyrion Lannister, probably the funniest character on the show and one of the most clever people on either side of the Narrow Sea, been interrupted while telling the same joke. The first time came in season one’s sixth episode, “A Golden Crown,” when he “confessed” his crimes to Lysa Arryn and the Vale. After telling a few ribald stories about youthful indiscretions, including the worst recipe for turtle stew ever, he started saying, “I once brought a jackass and a honeycomb into a brothel…” at which point he was cut off by Lady Lysa.

We might have been able to live with having never heard the rest of that “story” if he hadn’t started telling it again in season six’s eighth episode “No One.” Tyrion tried to get Missandei and Grey Worm to lighten up with some jokes, and after he got Grey Worm (Grey Worm!) to tell one, Missandei demanded more. That’s when Tyrion said, “I once walked into a brothel with a honeycomb and a jackass. The madam says…” before he was cut off by the slave masters attacking Meereen.

It was a travesty. The slave masters thing was bad, too. 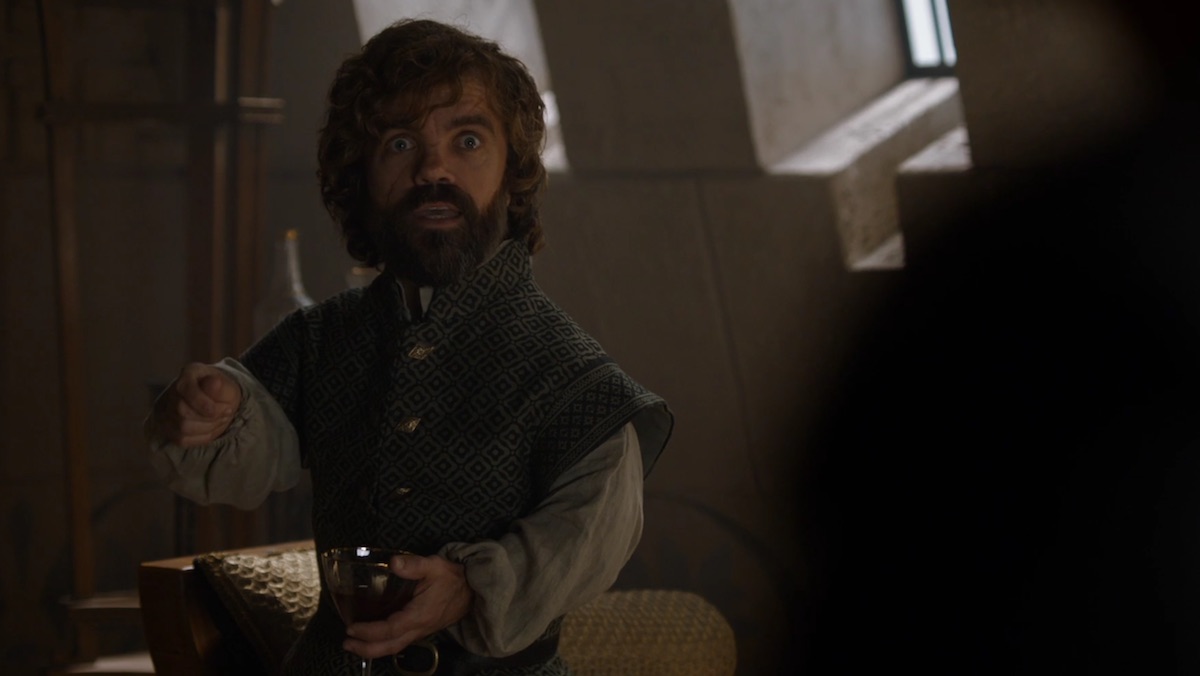 And that’s the last we ever heard of this honeycomb, jackass, and brothel. The Battle of Meereen was followed by an eventful voyage to Westeros that hasn’t allowed much time for levity since they first stepped onto Dragonstone, but we could really use some levity now in the series finale after Daenerys burned down King’s Landing.

This is also the last time we’ll ever see Tyrion, and if we have to live in a world without Game of Thrones, we at least deserve an answer to the show’s greatest mystery. Even Robin freaking Arryn, maybe the most annoying brat in all of the Seven Kingdoms, was smart enough to know that. When his mother—in retrospect, the show’s greatest villain—cut Tyrion’s story off, Robin asked, “What happened next?” 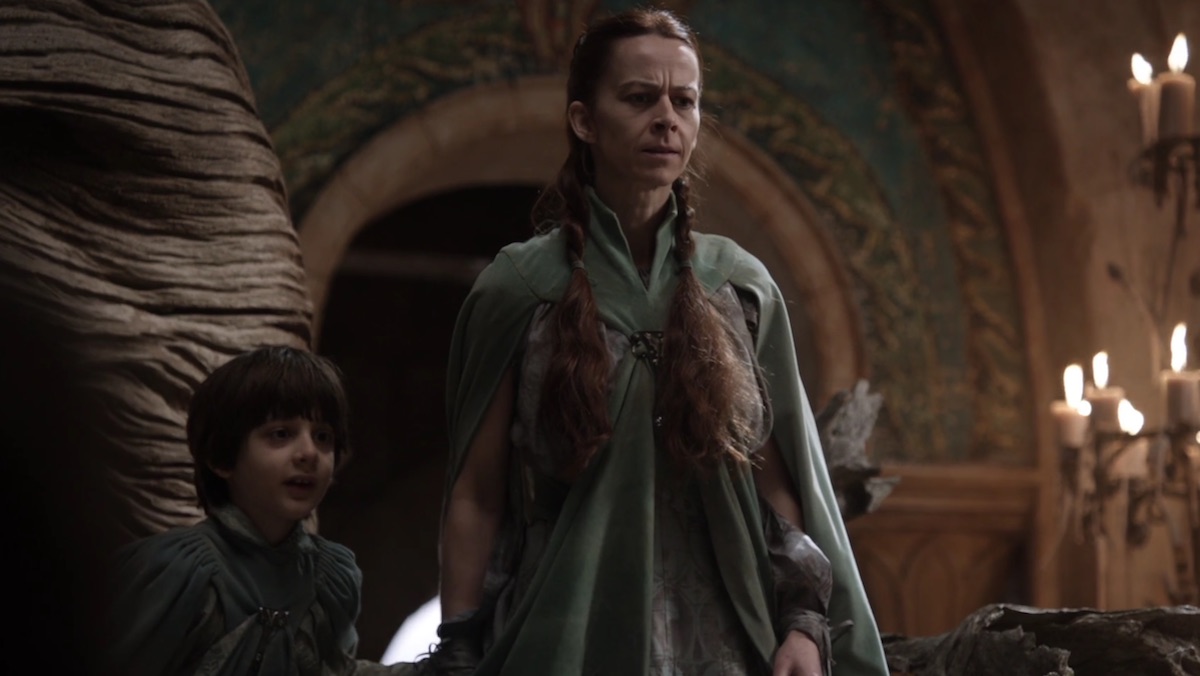 If even that kid could see Tyrion was heading somewhere good, you know it must have been a joke worth hearing. And maybe we will hear its conclusion in Tyrion’s final scene, when all the other questions have been answered and the Realm turns its attention to healing. Maybe then he can not only bring stability to Westeros, but laughter.

We don’t even care which other characters are still alive to hear him tell it, or even if there is an Iron Throne to sit on. We just want to know what the madam said about that damn honeycomb and jackass.