Back in October, HBO shocked Game of Thrones fans with its decision not to move forward with a Naomi Watts-led prequel series, instead picking up a different prequel series. After remaining relatively mum following the jaw-dropping announcements, HBO programming president Casey Bloys finally opened up about both prequel projects, from what went wrong with Jane Goldman’s canceled series to when to expect the Targaryen-centric House of the Dragon.

#HouseOfTheDragon, a #GameofThrones prequel is coming to @HBO.

The series is co-created by @GRRMSpeaking and Ryan Condal. Miguel Sapochnik will partner with Condal as showrunner and will direct the pilot and additional episodes. Condal will be writing the series. pic.twitter.com/9ttMzElgXm

Per Deadline, Bloys revealed at the Television Critics Association winter press tour that House of the Dragon would likely premiere in 2022. He also indicated the series was still in early production, noting no casting decisions have been made and scripts were still being written.

However, in one of the more revealing aspects of Bloys’ TCA interview, the HBO executive spoke about the decision to move forward with House of the Dragon and axe Goldman’s series. Dubbed The Long Night by A Song of Ice and Fire writer George R.R. Martin, Goldman’s series was set during the “Age of Heroes” several centuries before Game of Thrones. When speaking about the decision to greenlight the Targaryen prequel series over Goldman’s “Age of Heroes” pilot, Bloys remained relatively vague, but noted that existing source material for House of the Dragon, based on Martin’s Fire & Blood, made it significantly easier to plot than the original idea from Goldman.

“In development, in pilots, sometimes things come together, sometimes they don’t,” Bloys said. “One of the things I think Jane took on beautifully, which was a challenge, there was a lot more role creation because she set hers 8,000 years before the (mothership) show, so it required a lot more. That is a big swing. One of the things about House of Dragons, there is a text, there is a book so that made it a little bit more of a road map for a series order.”

Martin co-created House of the Dragon with Ryan Condal, who is serving as co-showrunner with frequent Thrones director Miguel Sapochnik. The Targaryen-focused series takes place 300 years before Game of Thrones. 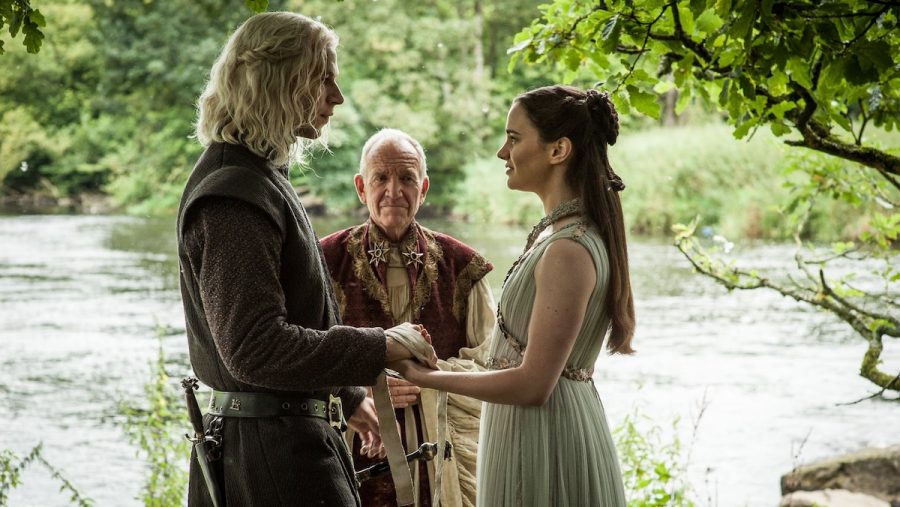 Bloys further reiterated that nothing in particular went wrong with Goldman’s pilot, it simply never quite came together in the way HBO was hoping for. Pointing to the several Game of Thrones prequel ideas HBO famously commissioned during the flagship series’ final season, Bloys indicated the network had anticipated one of its ambitious ideas might not pan out.

He added, “I think Jane did a beautiful job, it was a big challenge but there was nothing that I would point to and say, oh, that one element did not work, just overall it did not quite gel. That’s one of the reasons when we started out to think about ‘Is there a life after Game of Thrones in terms of Game of Thrones’, we purposefully developed multiple projects. We would have been very lucky to do one pilot, have that pilot go and be a success but in development as you know, it takes a lot of tries to get it right, this is no different.”

As for the remaining prequel ideas, while Bloys didn’t rule out any future possibilities, he confirmed HBO is solely focused on House of The Dragon right now.