Obviously the question was never “will Game of Thrones get a complete series box set,” it was “how good will it be”? Now we know the answer – “seven blessings good,” because a special edition version will also double as a gorgeous piece of art.

HBO announced (in news we first heard at Watcher’s on the Wall) that all eight seasons of the show will be available in an epic 33-disc set titled Game of Thrones: The Complete Collection. It comes in a wooden shadow box package featuring art from artist Robert Ball, creator of the “Beautiful Death” series.

When viewed together the box set creates a fantastic Westerosi diorama with some of the most famous House sigils, all held together with a Hand of the King pin. 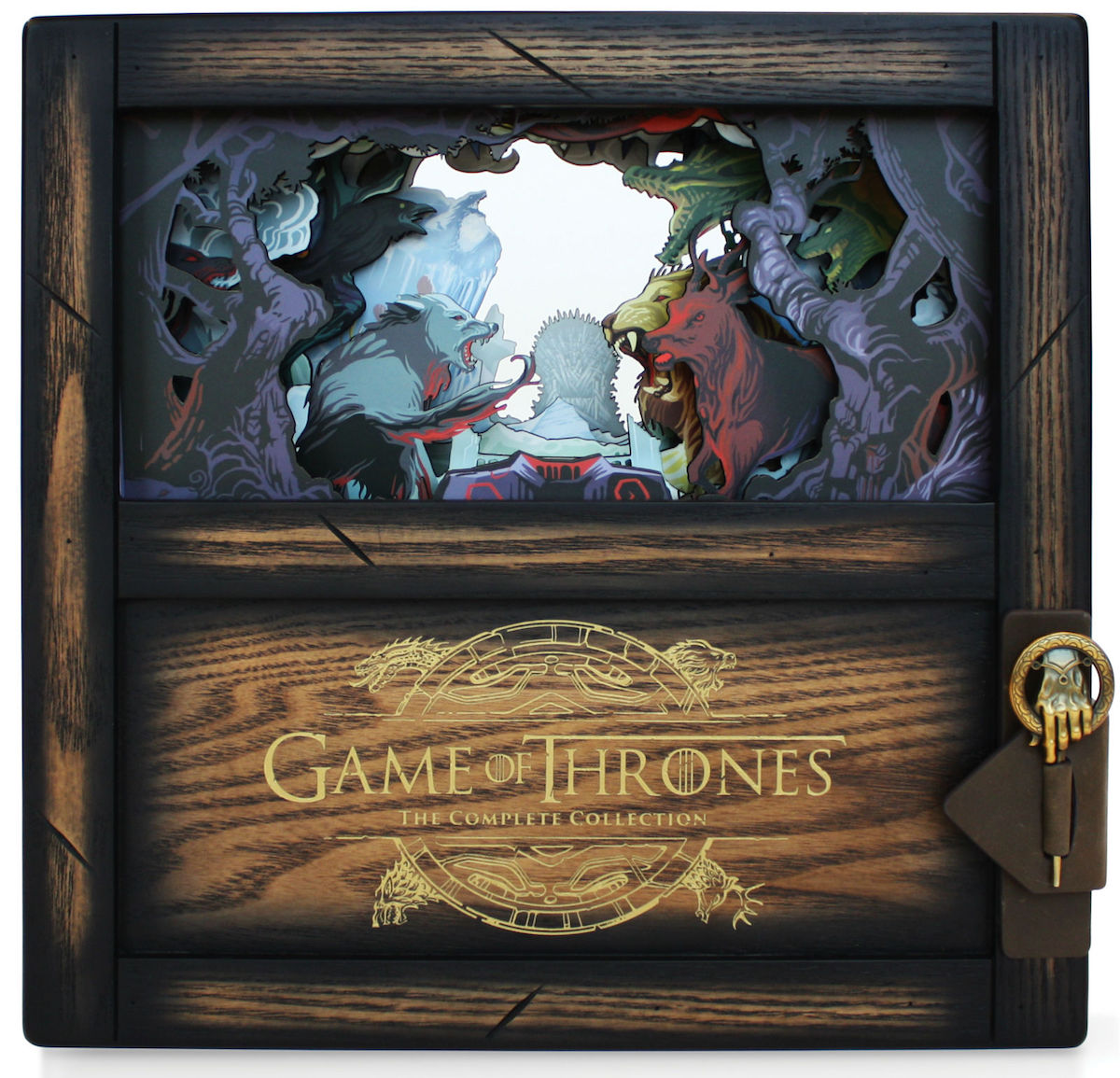 Currently listed for pre-order on Amazon for $250, HBO also announced a more standard home release version of the series without Ball’s art. Game of Thrones: The Complete Series comes in standard Blu-Ray packaging, featuring ravens leaving the season eight logo of the Iron Throne with Drogon’s eyes, all set against a backdrop of ice and fire. 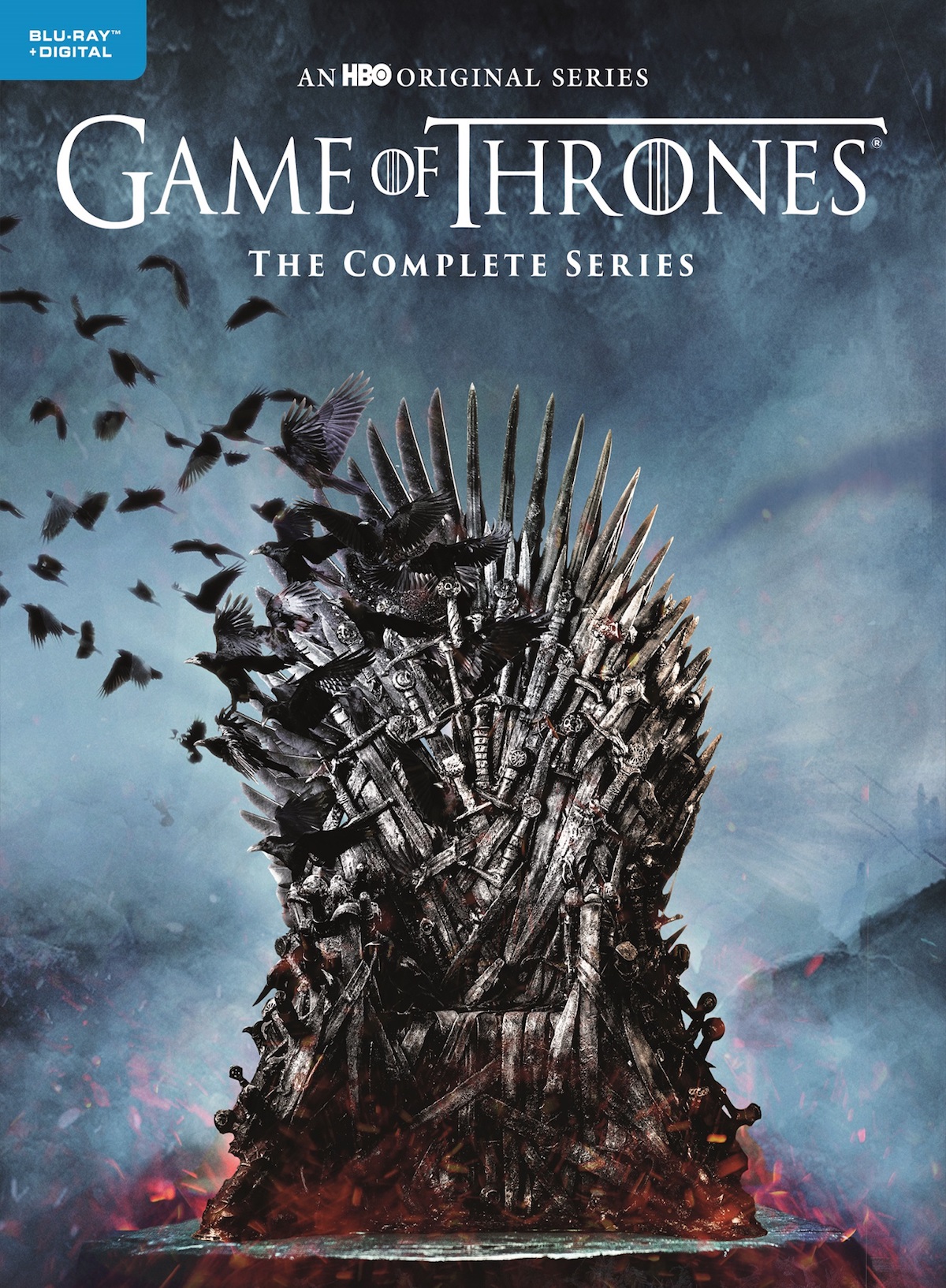 And if you are only looking to add season eight to your collection, the show’s final year will also be available separately. 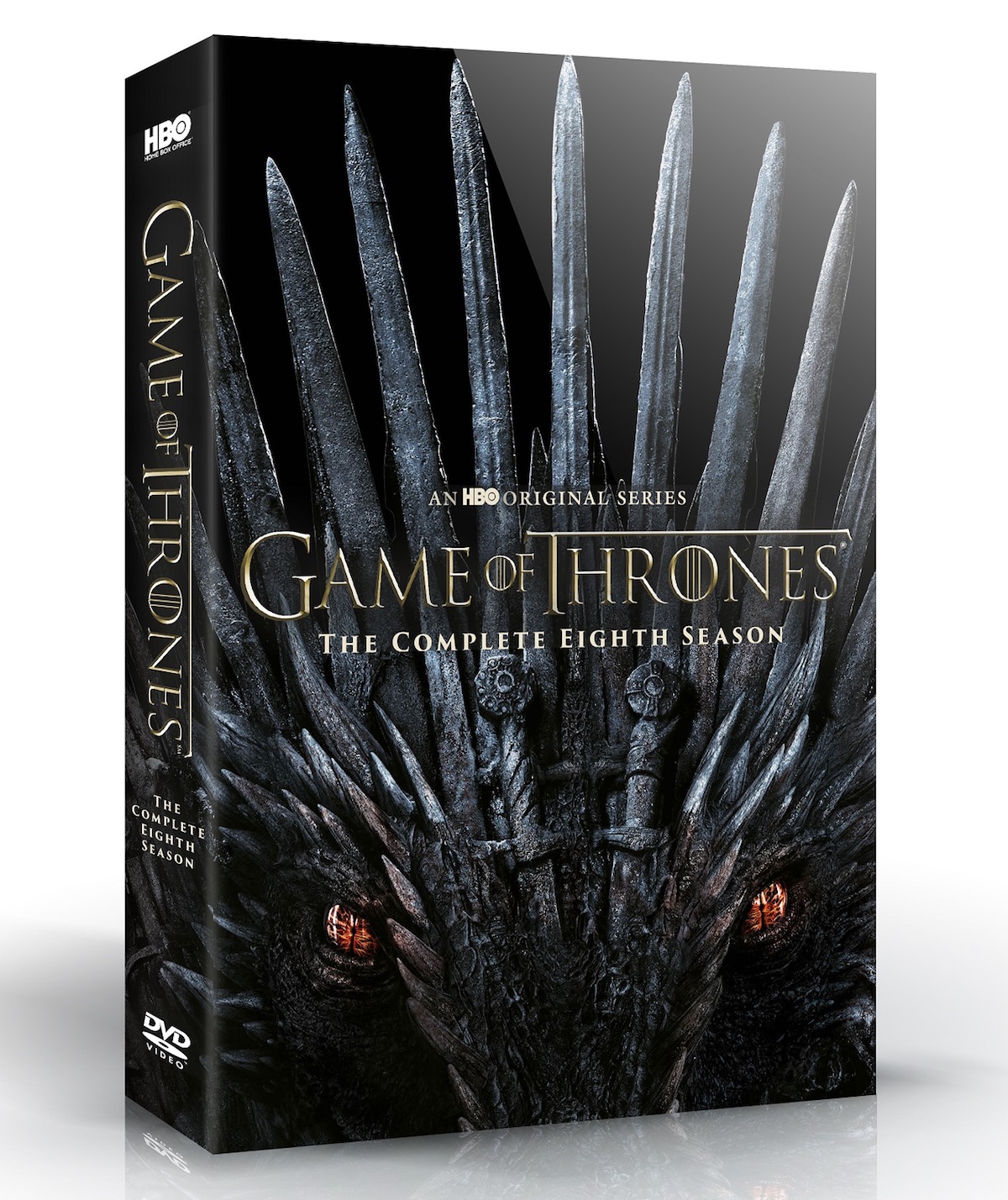 Each of the three releases, which will be available in December, come loaded with extras and bonuses, including deleted scenes, new histories and lores ( my personal favorite), and the making-of season eight documentary The Last Watch. You can find all of the special features below, including a special, never-bef0re-seen reunion show with the cast hosted by Conan O’Brien.

HBO has already shared a clip from the special.

Forget seven blessings though. That box set is going to cause seven bloody hells for our bank account.

–Game of Thrones: Reunion Special: A reunion show shot live in Belfast with the cast, both past and present, hosted by Conan O’Brien and available exclusively on these complete series collections. The reunion special is assembled in segments focused on Houses Lannister, Stark, & Targaryen and concludes with the key players all onstage for their final reflections on the years they shared in Westeros and Essos.

–Game of Thrones: The Last Watch: A documentary featured on DVD in two parts by filmmaker Jeanie Finlay chronicling the making of the final season.
–When Winter Falls: Exclusive 30-minute featurette with showrunners David Benioff and D.B. Weiss, along with major stars and behind-the-scenes players, breaking down all that went into the colossal filming of the “Battle of Winterfell” in Season 8, Episode 3.
–Duty is the Death of Love: A compelling look at how the team behind Game of Thrones and its major stars, including Kit Harington, Peter Dinklage and Emilia Clarke, brought the show to its conclusion in the series finale, “The Iron Throne.”
–Audio Commentaries: 10 Audio Commentaries with cast and crew, including the show’s creators, Benioff and Weiss, on the final season.
–Deleted and Extended Scenes: 5 never-before-seen deleted or extended scenes from season 8.
–Histories and Lore: New animated pieces giving the history and background of notable season 8 locations and storylines.