Could GAME OF THRONES Be Giving Us a Version of DC Comics' BLACKEST NIGHT? - Nerdist

Could GAME OF THRONES Be Giving Us a Version of DC Comics’ BLACKEST NIGHT?

The second episode of season eight of Game of Thrones, “Knight of the Seven Kingdoms,” was the calm before the storm. And that storm is coming in episode three, when the Night King’s army of the dead makes its siege against Winterfell. And though we don’t quite know how it’ll play out, many signs point to Game of Thrones‘ biggest battle yet sharing a few parallels with a classic DC Comics story.

While the Night King’s approaching hordes might just be a bunch of anonymous corpses, a lot of fans are speculating that we are about to see a ton of famous faces from the show’s past—characters who died untimely deaths in previous seasons—reborn as soldiers of the White Walker army. After all, what better form of psychological warfare could the Night King wage than forcing his adversaries to kill their undead loved ones? Should this scenario take place, does that mean that Game of Thrones’ executive producers David Benioff and D.B. Weiss, and perhaps even George R.R. Martin himself, were influenced by a fairly recent comic book epic?

Back in 2009, DC Comics released one of their most popular crossover events ever, Blackest Night. Centered on Green Lantern but spilling into the entire line of comics, Blackest Night shook the characters of the DC Universe to their cores.

Much like Game of Thrones’ current season is, Geoff Johns’ Blackest Night was the culmination of years of stortytelling. It all dates back to when he started writing Green Lantern some five years earlier, at which point he began to plant the seeds. At the basis of this story is the entity known as Nekron, the personification of death itself, seeking to eliminate all life from the universe. 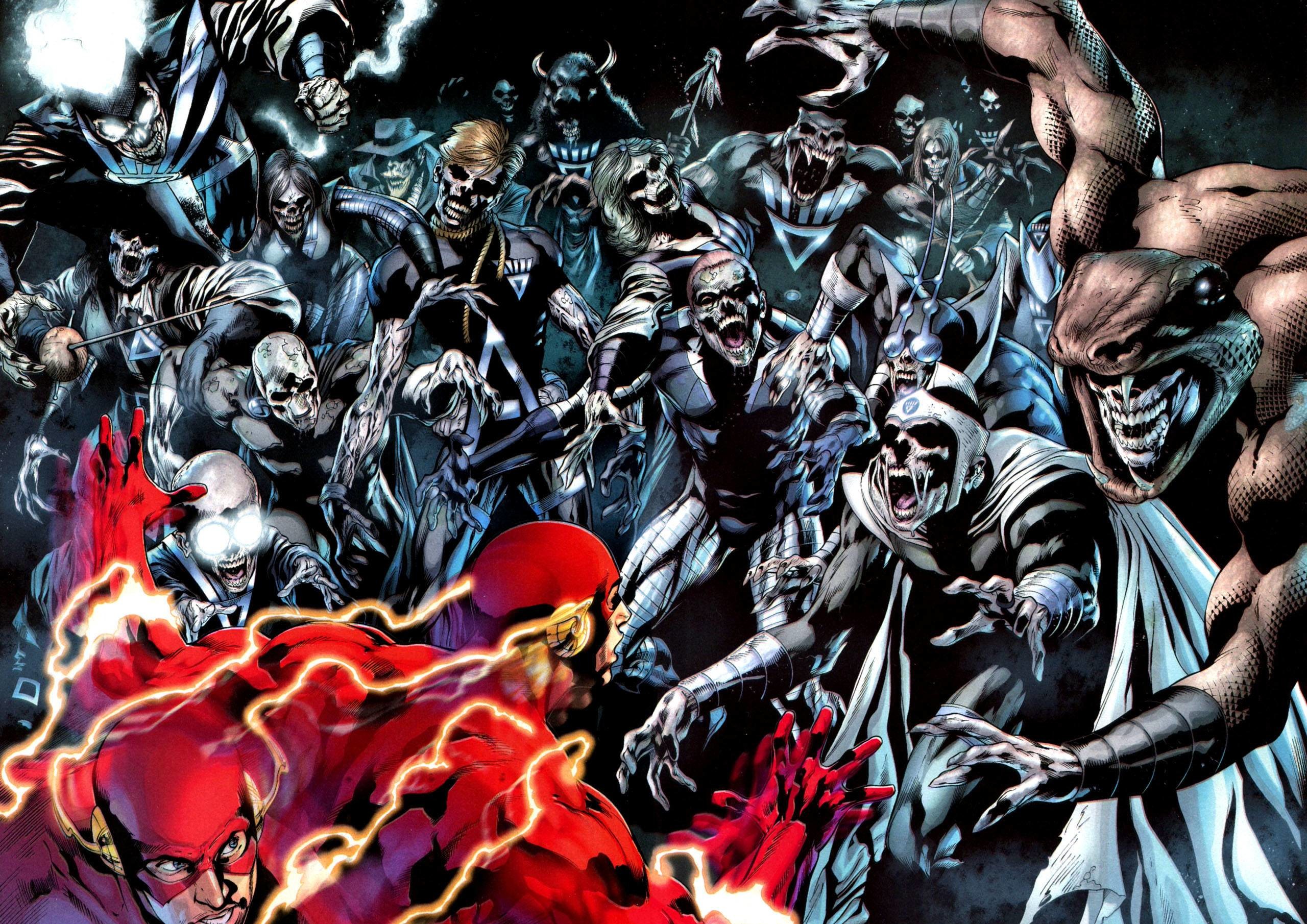 To achieve these goals, he creates a “Black Lantern Corps” with black power rings that reanimate the shambling corpses of the deceased. Most of the corpses that come back are the allies and loved ones of the DC heroes, reanimated to throw the heroes off balance in battle. In some instances, those corpses also have super powers, which doesn’t exactly hurt Nekron’s odds.

Even more disturbing than the concept of dead Justice League and Teen Titans members coming back as zombies to fight their old allies, there are many instances when a hero’s friends and family are used against them in macabre ways. Nightwing has to fight his murdered parents! In a twisted take on Pet Sematary, both Aquaman and the former Wonder Girl contend with the reanimated corpses of their dead children. Yup, Blackest Night went there. And just as Blackest Night was one of the most memorable events for the DC Universe, Arya and Jon Snow fighting their beloved family members who rise from the Winterfell crypts could be one of the most harrowing moments in the show’s history. 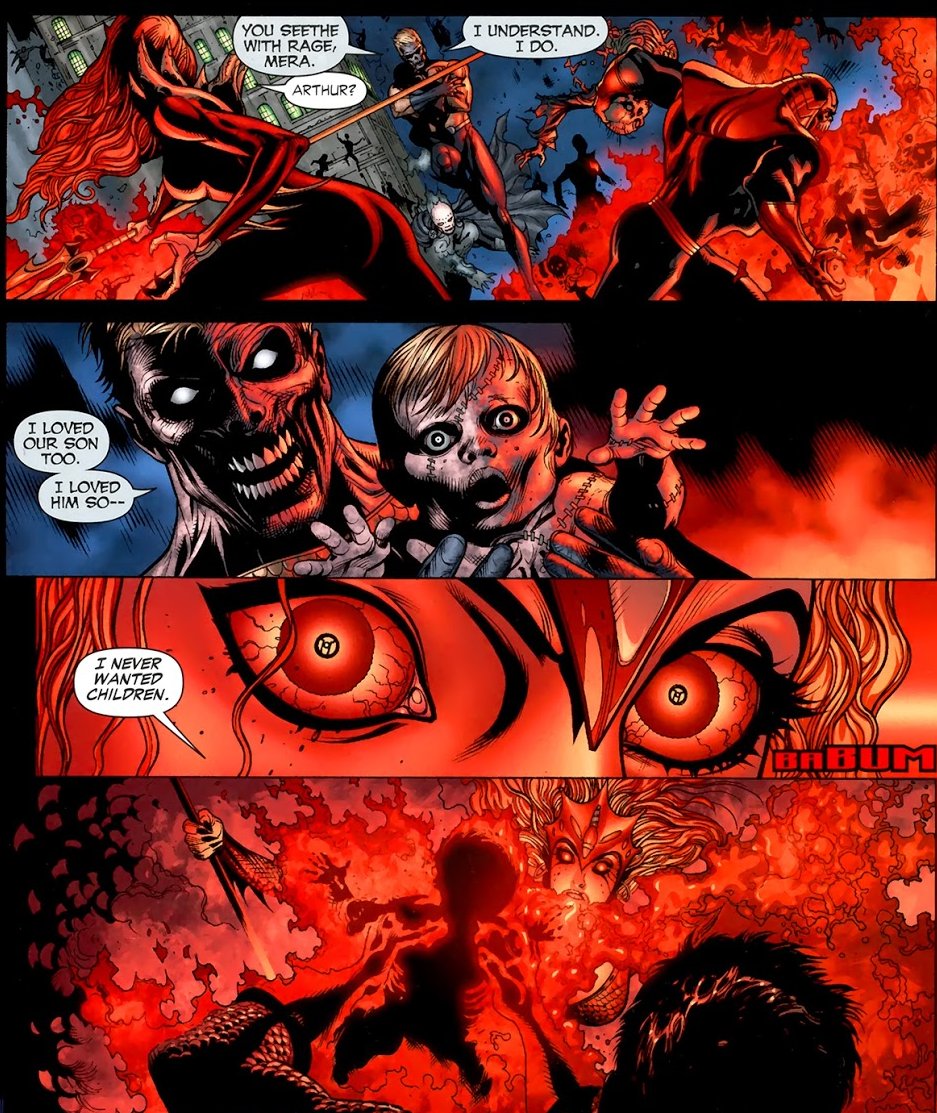 But could the end of Blackest Night give us some clues as to how this entire scenario could end for Westeros? The two stories are already different in that the zombie Black Lanterns have the memories of the dead, and can talk. So far, the Wights are speechless. But we think it’s possible the end of the DC epic could be very telling on how Game of Thrones comes to its conclusion.

Blackest Night ended with a triumph for the DC heroes, when the White Energy of Life brings back several of the Black Lantern corpses as true living beings once more. The power of life conquers Nekron and his army of the dead. Game of Thrones has the option of a similar path thanks to the Lord of Light. We could see many dead heroes return properly if Melisandre comes back and pulls a last minute save, as many fans suspect. Lord of Light vs. Army of Night anyone?

Now, I don’t see long dead characters like Ned or Hodor coming back to life for real thanks to the Lord of Light. But if we lose some of our favorites in battle in episode three, maybe they get a “Brightest Day” ending to their very own “Blackest Night.” After all everyone has been through, we think the heroes of Westeros has earned their own Brightest Day!