News broke this week that the next Star Wars movie to make it to the big screen will come from David Benioff and D.B. Weiss, the showrunners for Game of Thrones. This got our wheels turning. Who will they bring over from the show into their film? Are we going to see Kit Harington in a galaxy far, far away? What about Sophie Turner or Maisie Williams? And then we remembered… There are actually a ton of Thrones actors in the Star Wars universe already. So many, that we felt compelled to make a whole list of them.

There’s one woman largely to thank for this epic crossover of nerdy proportions: Nina Gold, the casting director for Thrones who has also worked on all of the Disney-era Star Wars films. She’s done such a good job of blending these two worlds that we had to give her a shoutout.

With all that said, here are all 14 actors who have appeared in both Game of Thrones and Star Wars. 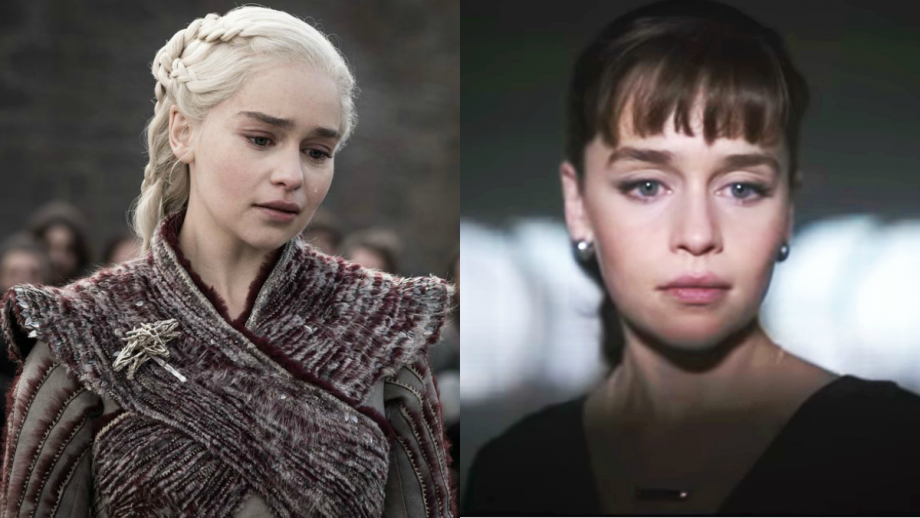 Yes, the Queen of Dragons herself also played a major role in the Star Wars universe. She was Qi’ra, Han Solo’s first love, in Solo: A Star Wars Story. As with Thrones, she wasn’t as much of a good girl as she first appeared. 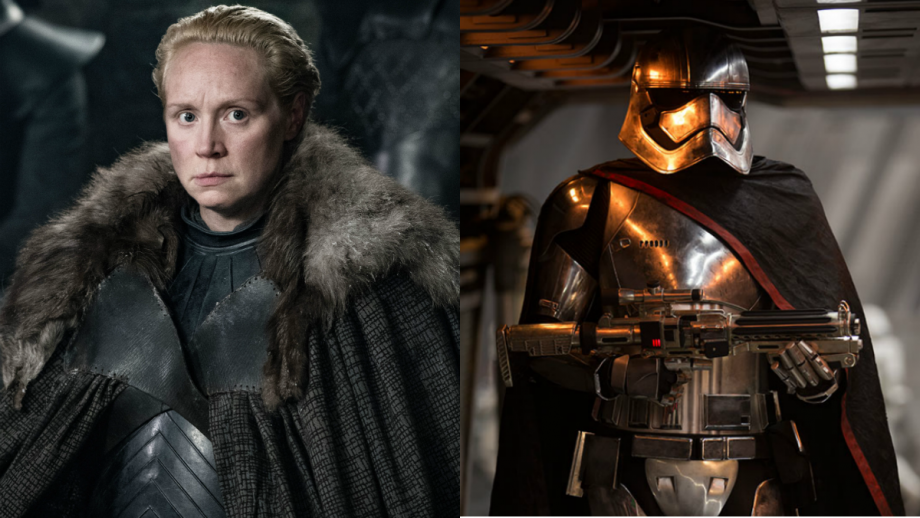 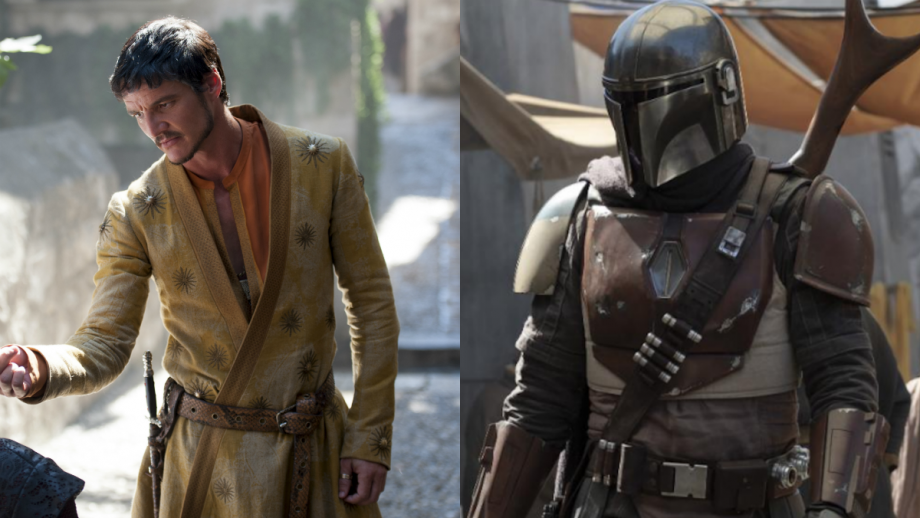 This is an upcoming project, but the Red Viper himself will play another fighter-type in the Disney+ series. This time, he’s the lead! 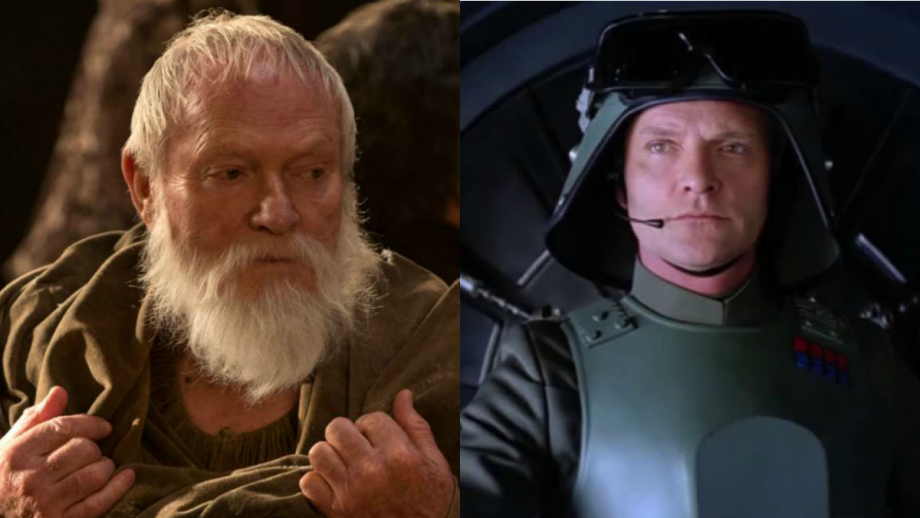 Glover is the only Thrones actor who appeared in the original trilogy. In both worlds, he played a bad guy. 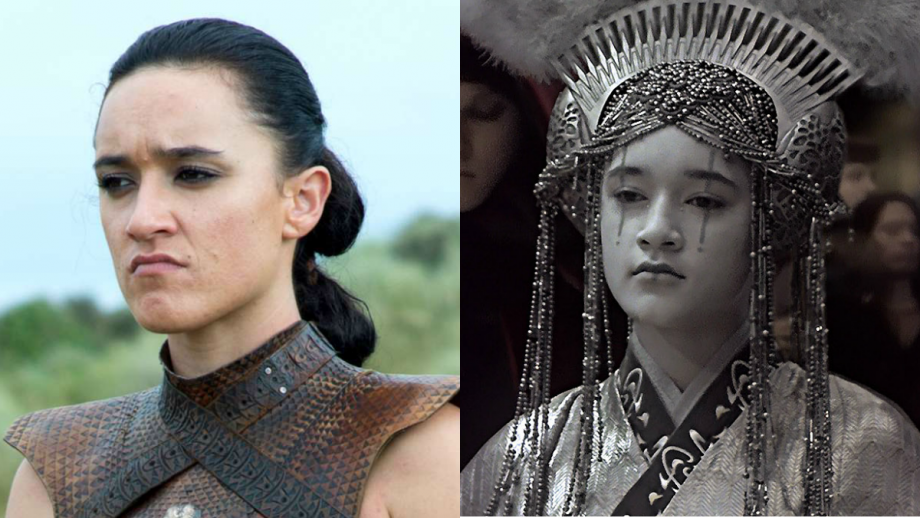 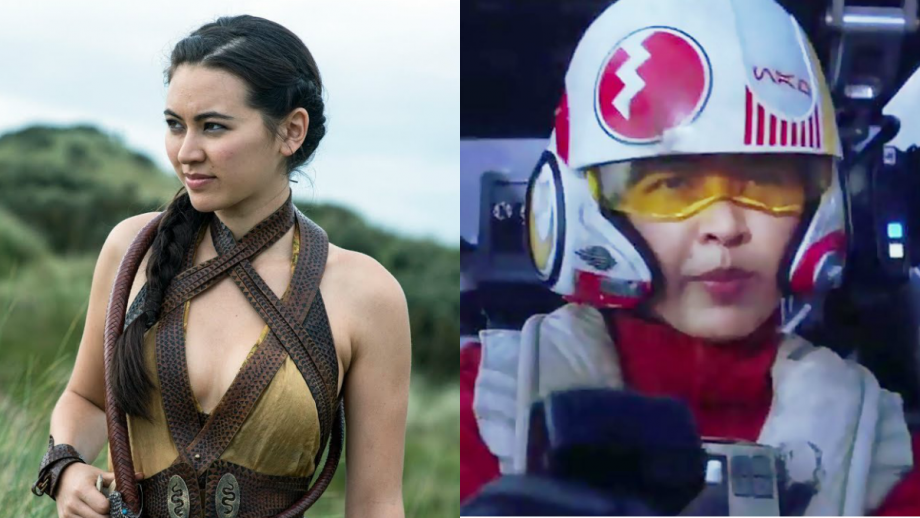 The Sand Snakes are two-for-three when it comes to Star Wars. Henwick also played a Resistance pilot who helped take down Starkiller Base with Poe in The Force Awakens. 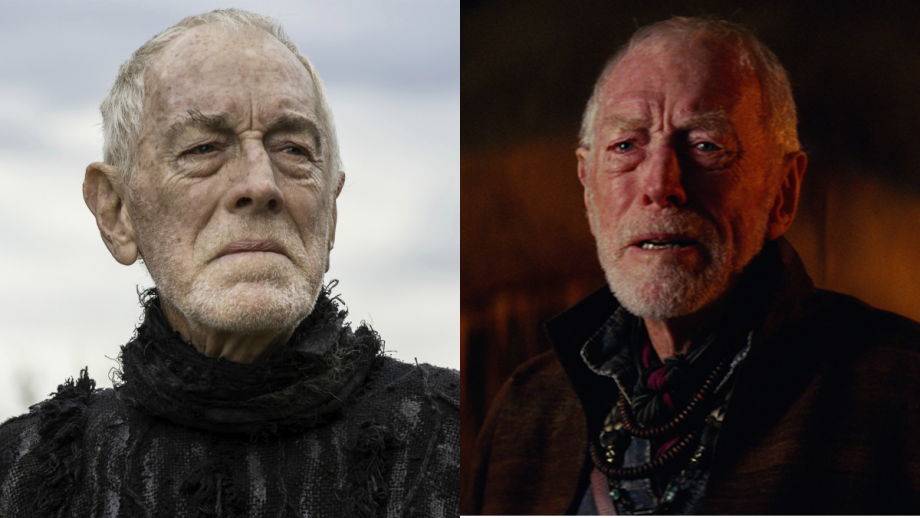 The veteran actor played small roles in both of these epic fantasy worlds. He was Bran’s predecessor in Thrones and an ally of the Resistance who was killed by Kylo Ren in Star Wars. 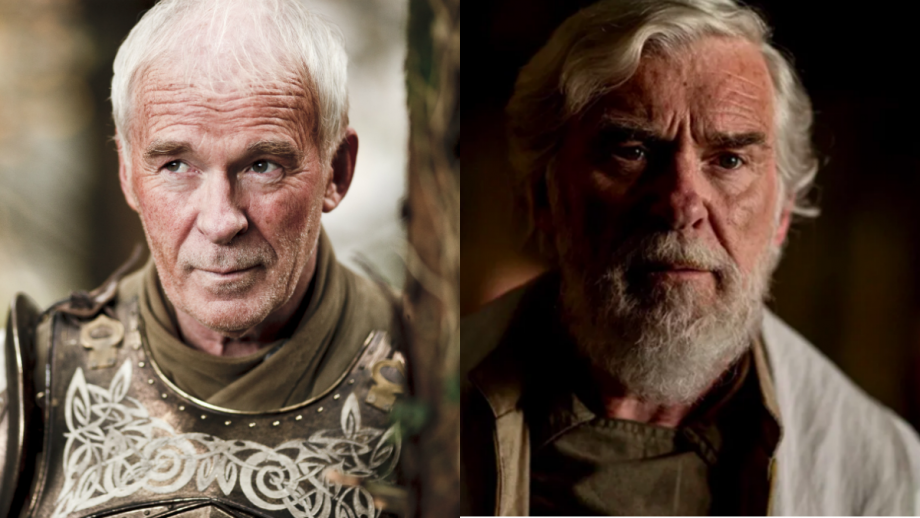 Yes, Ser Barristan was in a blink-and-you’ll-miss-it Star Wars role. He popped up as the new Dodonna in Rogue One. 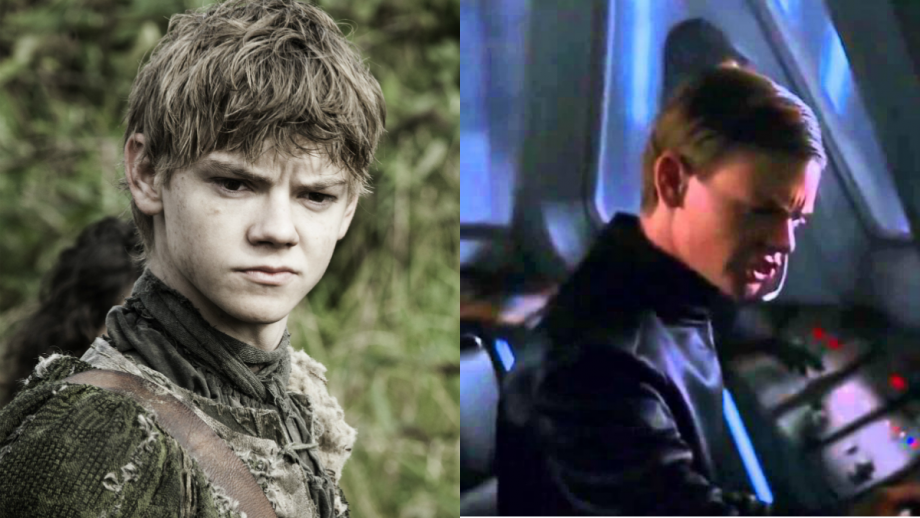 The Love, Actually kid grew up to infiltrate the nerd world, as Jojen in Thrones and with a brief part as a First Order officer in Star Wars. 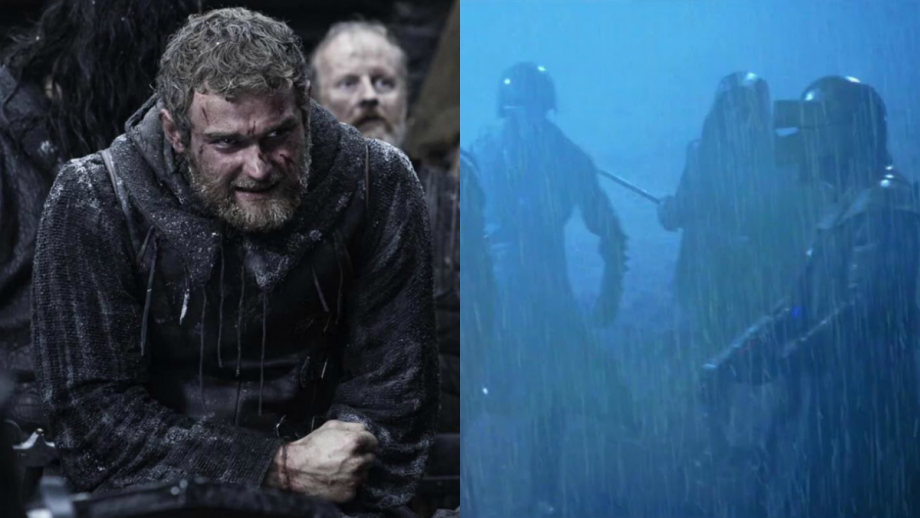 Mark Stanley (Grenn) / Knight of Ren in The Force Awakens

Jon Snow’s Night Watch friend was also one of Kylo’s henchmen in The Force Awakens. We like to call him the Knight of Grenn. 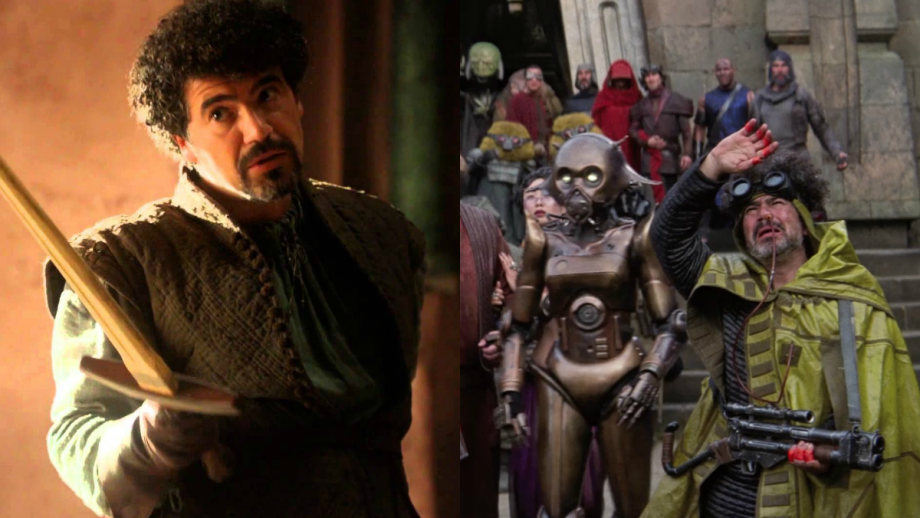 Arya’s sword master also had a brief background role as an alien in Maz’s Castle. 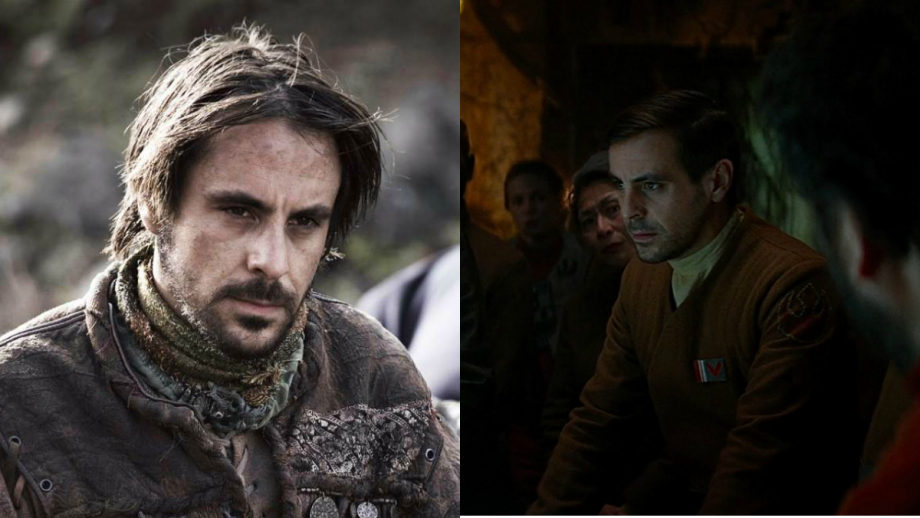 The songster who has his tongue cut out on Joffrey’s orders also had a brief part as a member of the Resistance in Star Wars. 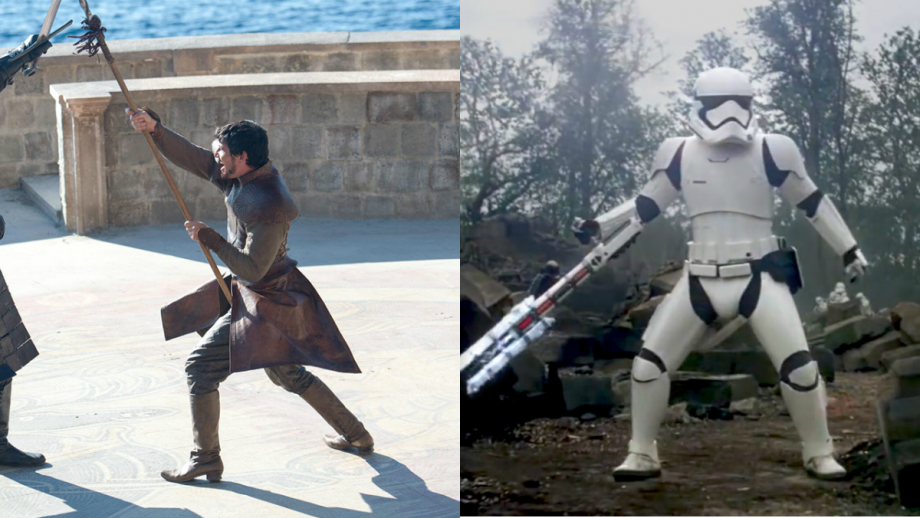 Oberyn’s stunt double for his fight against the mountain also played the Stormtrooper who challenged Finn. 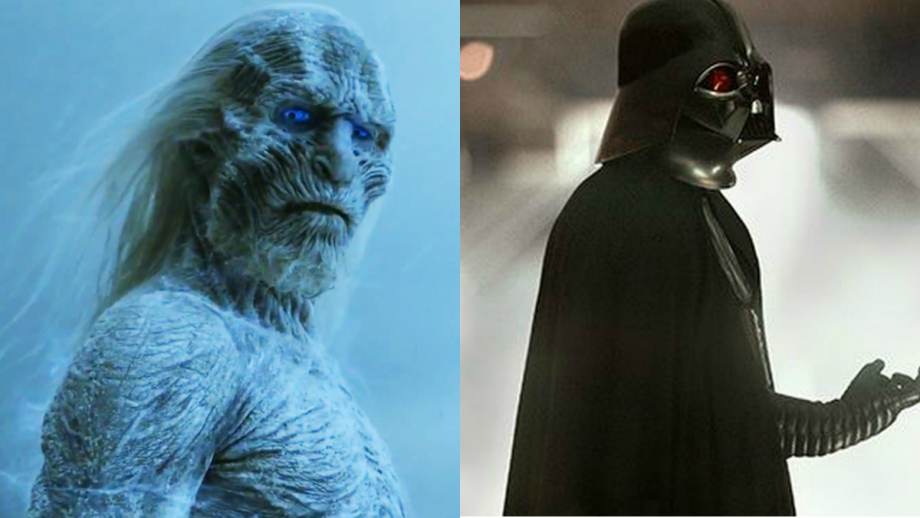 Though James Earl Jones reprised the voice role of Vader in Rogue One, his body was portrayed by two stunt actors, one of them being Wilding, who also played a White Walker on Thrones.