Game in the Dreadpunk World of Malifaux - Nerdist

Game in the Dreadpunk World of Malifaux

Let me say it on the outset: if you’re looking for a great gateway miniature game that is set in a dark and demented universe, Malifaux might just be the game for you. With elements of dark magic, steampunk, Wild West, and Asian mythology, the world itself has a faction that will appeal to gamers of all tastes. The game also boasts variable scenarios with lots of replayability, a focus on objective-based gaming, and a low model count; it’s an easy game to get into and an easy game to fall in love with.

The lore origin of the Malifaux world actual begins in 1787, the year of the Breach. Prior to that, mankind had benefited greatly from the presence of magic, particularly the healing arts, and until 1787, magic was obviously declining. In an act of desperation, the greatest magic practitioners of our world tore through a thin barrier to a world full of magic: the world of Malifaux. From this world, Soulstones could be harvested as a source of distilled magic that practitioners could harness for their own ends.

Many events transpired between the Year of the Breach and the current year of the universe, as different factions emerged to try to control the magics sourced from the world of Malifaux. The first among these factions, is the Guild, an organization who, despite talk of maintaining law, peace, and order is primarily concerned and focused on maintaining the production of Soulstones from Malifaux. Other factions include the Resurrectionists, who reanimate corpses using dark magics; the Ten Thunders, a crime syndicate comprised of individuals from China, Japan and Vietnam who seek to control the flow of Soulstones and solidify their power; the Arcanists crime syndicate, a foil to the Guild; and the Neverborn, who hail from the world of Malifaux. 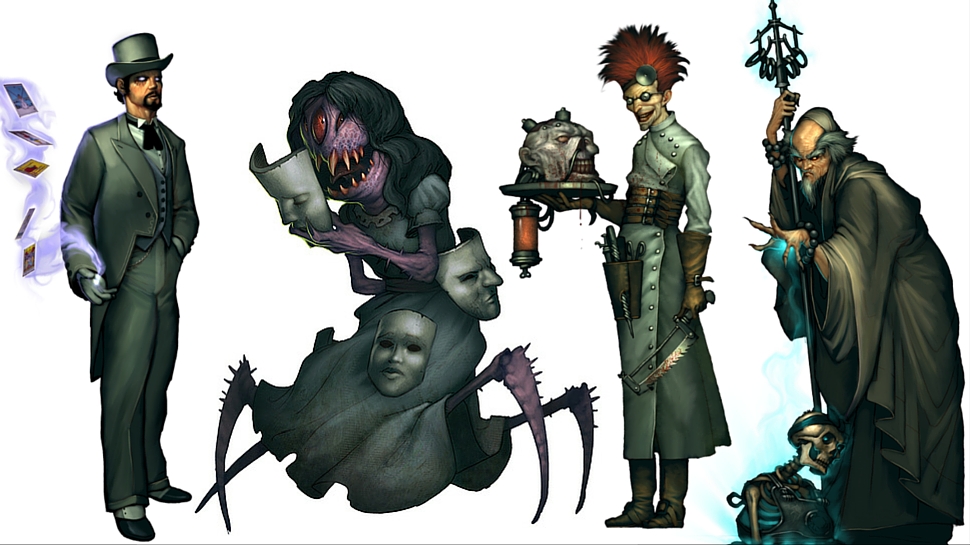 As a miniature game, the dynamics are rich and intricate. It doesn’t require a large number of models, starter boxes have about 6 models. With those models, a rulebook, a tape measure and a deck of cards, you’re ready to play.

The mechanics of the game are unique in that the game’s luck element (used to determine success for attacking and spellcasting) uses a deck of cards. Aptly named the Fate Deck, card flips determine if an action is successful as well as how successful it is. Players also keep a hand of cards for each turn, which can be used to cheat fate if a card drawn from the fate deck is particularly heinous or would lead to an unfortunate outcome for the player. 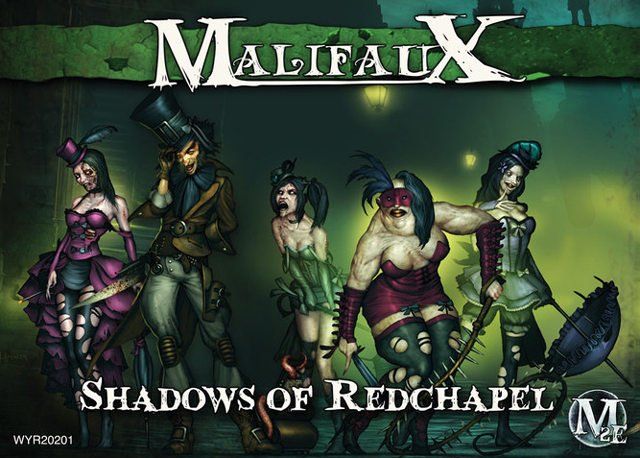 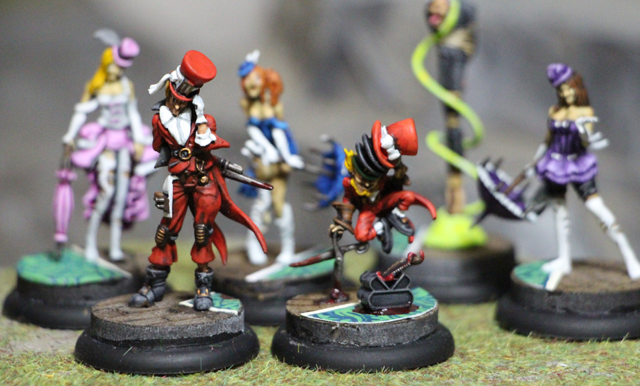 The models, made by publisher Wyrd, have a rather demented aesthetic. Magic has twisted the world into something dark and sinister. With multiple groups vying for power and none of them truly good, the darkness is reflected both in the lore of the world and aesthetic of the game. Moreover, the models themselves are beautifully sculpted and take paint very well. Whether you’re new to the miniature gaming hobby or a skilled veteran, you’ll find these models easy to paint with clean sculpts.

While luck is an element, the game isn’t a typical miniature wargame, where the primary objective is to wipe your opponent off the board. The game is balanced in points not by how easily a model can kill an enemy, but how easily a model can garner objectives. Each scenario has an objective the players are trying to earn against each other, as well as secret objectives specific to each player. Players earn victory points throughout the game and at the end, the player with the most victory points wins.

As miniature wargames evolve and grow, Wyrd’s Malifaux has spread substantially due to beautiful models, accessible rules and thoughtful game design. Tabletop board gamers will appreciate the objective-based scenarios, card collecting gamers will enjoy the synergy and listbuilding between models, and heavy tabletop gamers will appreciate a game with few models but rich gameplay.

What do you think? What dark-universe tabletop games are your favourite? Let us know in the comments!