Remember the good ole days of simple games? Maybe you liked to jump rope, play “red light, green light,” or jump into hopscotch squares. There were many things we did with friends outdoors but solo games were also great… if they weren’t too darn frustrating. One of the most infuriating pursuits for me as a ‘90s kid was the Rubik’s Cube. It took me many hours of sulking and trying to finally get all those squares to line up perfectly. Times have changed since then, but the love for Rubik’s Cube remains the same. We have seen super big ones, really tiny cubes, and everything in between. Now, there’s a LEGO Rubik’s Cube that is not only a dead ringer for the original toy but also fully functional. (Thanks to Geeks Are Sexy for bringing this cool project to our attention.)

Yep, you read that right. This LEGO Rubik’s Cube is indeed made out of those famous plastic pieces. And, just like you can twist and turn the cube in various ways, you can also do this with the LEGO. YouTuber and LEGO builder extraordinaire PuzzLEGO’s design isn’t his first go at it. Just like us with the actual toy, he had to deal with hours of frustration to finally get it right. His triumph is glorious to see in his video where he shows off the final design. It’s cool to see the final LEGO Rubik’s Cube design. 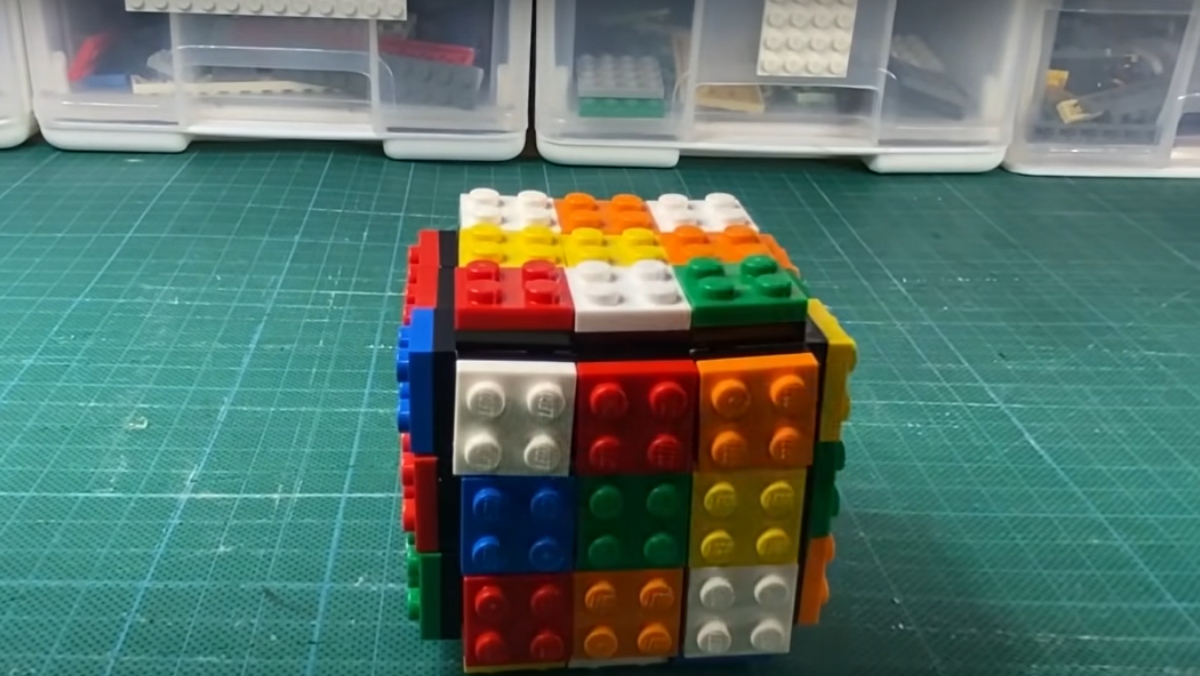 And we totally appreciate his honesty about how much hard work it took to get there. It is 3x3x3 in size and certainly not any easier to solve. But why not try? It will certainly take our minds off the other billion things going on in the universe right now. Of course, there’s no way to possess this toy unless you follow PuzzLEGO’s instructions and build your own LEGO Rubik’s Cube. If so, we wish you good luck and happy building!