We all have things we think cost too much. For me it’s fruit salad. The markup on a bowl of chopped produce is roughly eight million percent. It’s ridiculous. However, I would never have any problem paying for cut fruit from Italian artist Valeriano Fatica. Not because it’s cheap though. And not even because I’d want to eat it. It’s because he turns fruit into amazing sculptures. 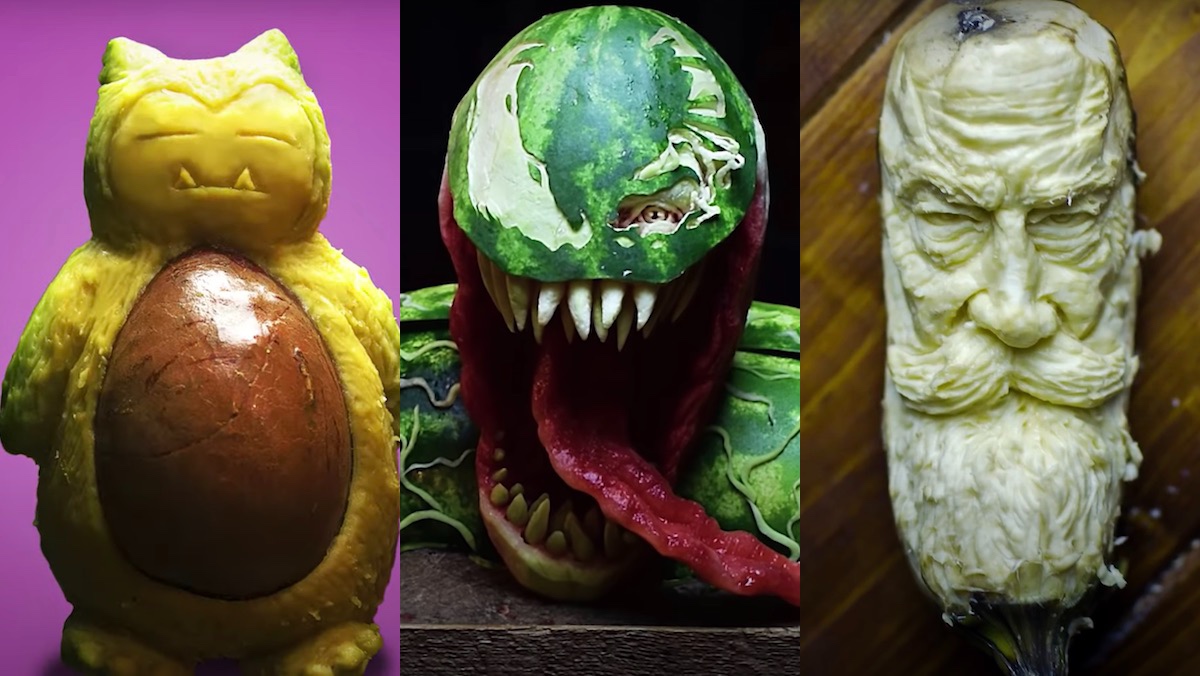 Valeriano Fatica has wowed us for years. His watermelon Night King is the ultimate cool treat for sweet summer children. He also transforms tiny coffee beans into massively impressive Marvel busts. But those are only a fraction of what he’s produce-d. He’s also responsible for an incredible watermelon Venom. (A piece we rediscovered thanks to Technabob).

His Gollum is a lot more precious than Venom, and just as impressive.

His “Attack on WATERMELON Titan” is especially terrifying though. No surprise he elected to have it destroyed before it could harm anyone.

Not all of his pieces are so intimidating though. He also makes much sweeter looking small fruit art. Like how he turns avocados into Pokémon like Chansey, Pikachu, and Snorlax.

And his Mickey Mouse and Minion sculptures are downright adorable.

We’re not sure how to feel about his fun-loving watermelon Devil though. Hell’s ruler looks incredible. He also looks like trouble.

Somehow though, carving watermelon and avocado isn’t even the hardest fruit he makes into art. Because turning a soft banana into a sculpture is, well, bananas.

These are just some of Fatica’s pieces we’re obsessed with. Make sure to check out his YouTube page to see all of his other works. He’s also adept at turning blocks of cheese into amazing sculptures too. (If he starts sculpting soppressata can we call him a charcutartist?) And you can even bring home some of his work at his official online Etsy shop.

Considering how much we’re all apparently willing to pay for crudely chopped fruit in a cup, buying fruit carved by a great artist feels like a discount.