COVID-19 has highlighted something that should have already been obvious to everyone: too many Americans deal with food insecurity. A shameful number of our fellow citizens go to bed hungry every night. It’s a big problem that requires big solutions. But not necessarily complicated ones. A public area in Atlanta is helping alleviate food scarcity in a cost-effective, environmentally optimal way. The city has the country’s largest free food forest.

In 2016, the Conservation Fund purchased an old pecan farm in the southeast part of Atlanta, in the Browns Mill neighborhood. The 7.1 acre piece of land was in foreclosure. It was last a working farm in 2000. For a few years it was marked for development. However, when a plan to build townhouses on the lot fell through, the nonprofit organization stepped in with a far more communal concept. It would not only protect the land, it would turn it into an asset for the entire community.

A US Forest Service grant allowed the Conservation Fund to turn the farm into the nation’s biggest free food forest. (Which we first learned about at CNN.) For the last few year it has serviced an area that previously lacked access to fresh food. From the USDA:

“This project was conceived as part of a larger strategy to address food deserts, or low-income areas that lack fresh whole foods due to the absence of grocery stores. According to data from USDA’s Economic Research Service, 22.3% of the Atlanta Metropolitan Statistical Area’s population lives in census tracts that are low income and have low access to a supermarket, supercenter or large grocery store.” 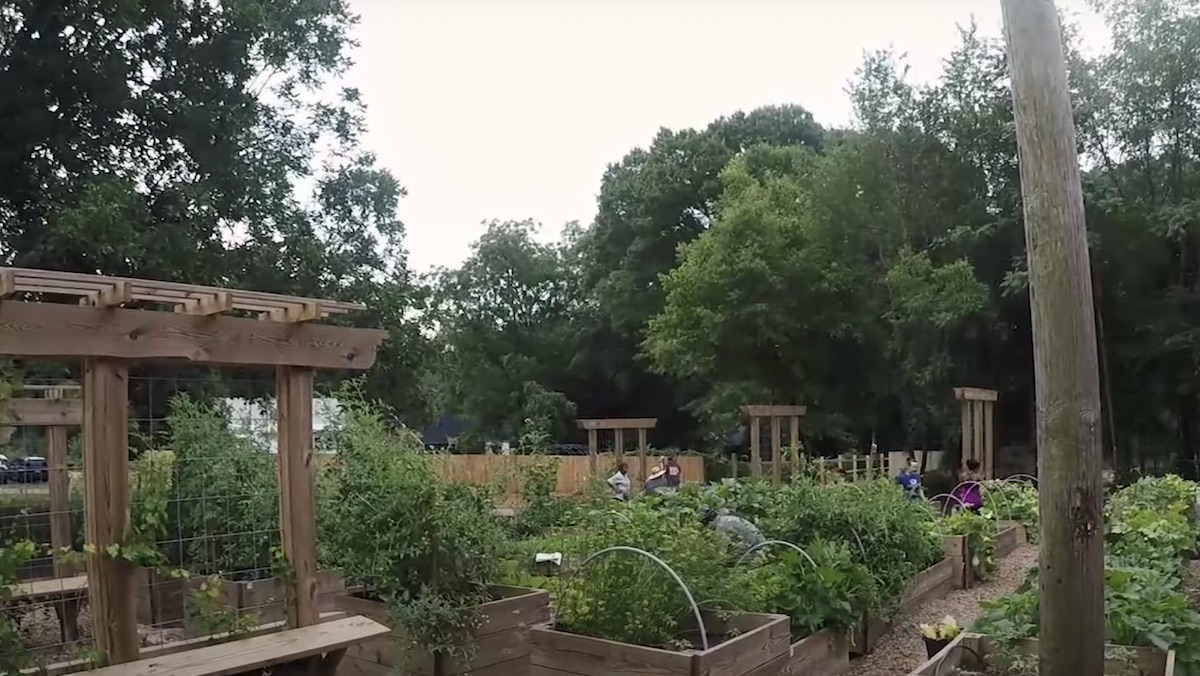 While the farm is only ten minutes from Atlanta’s airport, it’s a half-hour bus drive away from the nearest grocery store. Now those citizens are a short walk away from roughly 2,500 pesticide-free, edible trees and medicinal plants. It’s an elegant, simple solution to a big problem. And Atlanta has plans to expand on it. The city hopes to make fresh, free food more accessible to most of its citizens in the near future.

Hopefully this provides a model to the rest of America too. No one should ever have to live with food insecurity in the richest nation in the world.