Parents and their newborns are, in general, a heartwarming sight. Add in a gorilla mom cooing over a human baby and things somehow get even cuter (if not a little bit melancholy). That’s the very treat that greeted Boston zoo visitors recently. A pair of new parents recently took their young son to the Franklin Park Zoo. There, they met Kiki, a western lowland gorilla, who was completely taken by the infant. And dad Michael Austin was able to capture the whole thing and share it on YouTube.

The 5-minute video depicts Austin’s wife, Emmelina, holding their five-week-old son, Canyon, at the zoo’s gorilla habitat. Kiki sits just on the other side of the glass, completely captivated by little Canyon. Several times, she even holds her hand up to the glass. Naturally, the moment captured the attention of several onlookers—not visible on camera but very audible. (We first learned about this at Boing Boing.)

Later, Kiki shows off her own baby, Pablo, who was born back in October 2020. On one hand, it’s adorable to see two new moms, of different but similar species, bonding over a shared experience. But as heartwarming as it is, one new mom is freely roaming with her family, the other is an endangered species living with her family in captivity. The western lowland gorilla is currently listed as critically endangered by the World Wildlife Foundation.

The gorillas are native to Central Africa, more specifically, Cameroon, the Central African Republic, Gabon, and Democratic Republic of Congo. Poaching and disease, however, has decimated the population by as much as 60% in the last 20 to 25 years. Hopefully, within the next 75 years, the species is, once again, thriving in the wild. 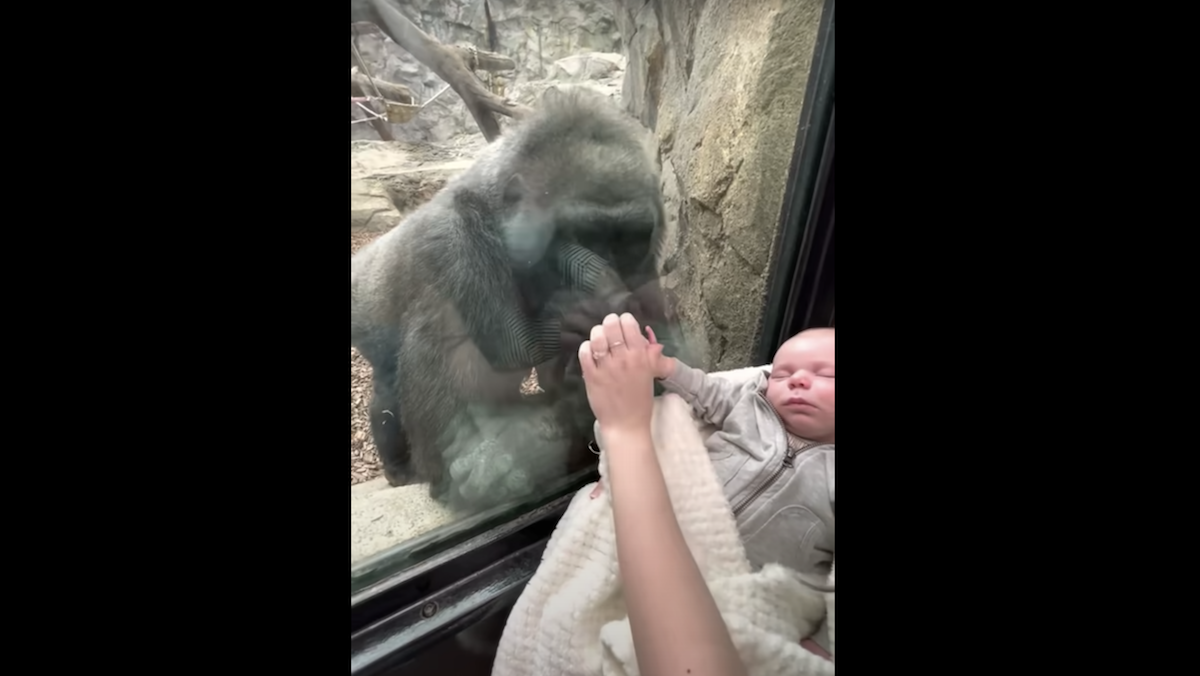 And, of course, young Canyon and his family savor the adorable video for decades to come. It’s not every day an infant and a gorilla become friends.