Four Creepy Gaming Urban Legends You Might Have Missed - Nerdist

Four Creepy Gaming Urban Legends You Might Have Missed

While the video game universe is vast and filled with plenty of happy moments and cheerful locales, it’s also managed to come up with a few strange or creepy gaming urban legends in its time. Some became quite simple to disprove, while others, like the one where Atari buried many of its unsold game cartridges in a New Mexico desert, turned out to be surprisingly true. So keep an eye on them, folks, you never know if they’re going to be fable or not.

Here’s a quick recap of some of the most renowned video game legends out there.

At one point, someone managed to mod a Pokémon game with an all black design and hand it off somewhere at a flea market. But this is no mere fan-made spin-off of the pocket monster battling game we’ve come to know and love–there are some scares behind this one

The game gives you control of your usual Pokémon crew–Bulbasaur, Charmander, or Squirtle–but it also provides a character simply known as “GHOST”. This “Pokémon”, when unleashed in battle and asked to use its “Curse” move, would unleash such a devastating attack that the screen would go black. Seconds later, the opponent Pokémon would let out a distorted scream, and when the screen came back on, it would be gone. 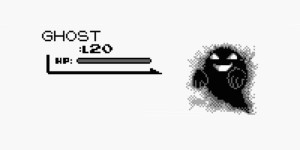 According to the rounds, Pokémon afflicted by this curse no longer existed. If fighting a trainer, the Pokémon’s pokéball would be removed from the trainer’s lineup. The player even had the option to use “Curse” on trainers… with morbid results.

While there are other weird Pokémon mods going around, this is the one likely to send chills up players’ spines – that is, if they ever find the means to play the ROM. (Good luck finding the original version – it may not even exist.)

More details on Pokémon Black can be found at Tiny Cartridge.

A rumored arcade cabinet that took its name from the Greek historian of the same name, Polybius, is one creepy machine. Even crazier than the one Emilio Estevez played in the 1983 horror movie Nightmares. Its visual imagery caused all sorts of rumored side effects on players, including amnesia, night terrors, and even the ability to stop them from playing video games entirely.

The machine reportedly first made an appearance in Portland in the year 1981, with lines of players waiting to get into it, since it offered the kind of addiction you’d find in games back in the 80s. Rumor has it that men dressed in black collected data from the machines, looking for responses to the psychoactive effects it gave. 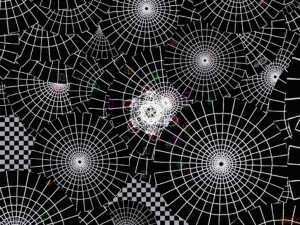 Over the years, the game was sparingly seen, although it’s been getting more and more rampant these days. In 2011, the cabinet was reportedly spotted in a Newport, Oregon storage locker, and just two years later, at the Portland Retro Gaming Expo, where someone produced 30 homebrew copies of the game for use with Atari 2600. However, considering the system’s limited hardware, it didn’t quite produce the same results as the arcade game.

So… is the game real? Well, videos like the one below have surfaced on YouTube, and, yes, they’re quite trippy to watch. Be warned, though, the imagery is a bit intense later on, with lots of stuff for your brain to take in.

Oh, one final note–the legend spread so far that Polybius ended up on an early Simpsons episode. 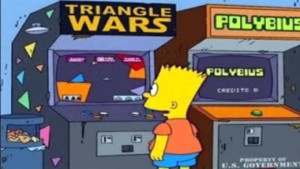 The Haunted Copy of Majora’s Mask

Fans everywhere love The Legend of Zelda: Majora’s Mask, and for good reason. It’s easily one of the darker and more enjoyable games in the long-running Nintendo series. But what if you ran across a version that was prepared to scare you silly.

Well, the mask itself is intimidating as it is, of course, but there’s a version that blends the events of the game with the haunting imagery of the Japanese horror film Ringu, creating an effect that no one would expect from a game like this.

The story goes that a gamer adopts a Nintendo 64 upon moving into a college dorm, and picks up a copy of Majora’s Mask from a local yard sale, with the word “MAJORA” written across it. The old man who sells it indicates that it was played by a boy who disappeared soon after getting into it.

The first thing the player does after putting in the cartridge is delete a saved game with the name “BEN”. But, by doing so, Majora’s Mask‘s world goes to pieces and introduces a ghostly version of the hero Link, but speechless and giving a frightful look to the player. 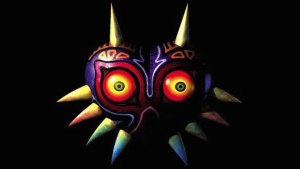 Thankfully, this gaming legend is easily debunked; the game is merely a mod by a clever player who knows his video editing skills. Alas, the idea that a game cartridge could be haunted and connected to a dead player… well, that just gives us the chills.

More on this legend can be found over at Geek.com.

The Mystery of Lavender Town

While the Pokémon games are usually fun, there can be a dark side to them. This one reportedly emerged back in 1996, when a bunch of kids between the ages of 7-12 either fell ill or committed suicide. It had nothing to do with bad parenting, but rather “Lavender Town”, a level featured in one of the early games of the series. The music, called the “Lavender Town Tone”, introduce a number of strange noises that supposedly couldn’t be heard by adults.

But the kids apparently did, and as a result, it was reported that over 200 kids killed themselves after playing the level, and others experiencing severe headaches.

To make matters worse, someone dug a little bit deeper into the Lavender Town mystery revealed that a second-generation Pokémon character called Unowns spelled out a message that said “LEAVE NOW.” 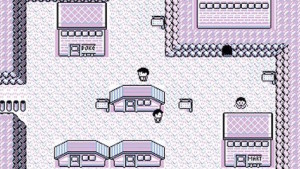 This was apparently only in the Japanese version of the game, as Nintendo of America changed the U.S. soundtrack, although no reason was given.

So… is it true? Obviously not enough research was done to prove (or disprove) that “Lavender Town Tone” was causing kids to kill themselves. Still… it’s frightening to think about. Imagine a horror movie about it. *shiver*

More details on this rumor can be found over at this Gamesradar link.


What gaming urban legends give you the shivers? Let us know in the comments below.