Everyone prepare to have your minds blown six ways to Sunday, because scientists have released another fascinating view of… sea urchins. This time around, they captured cross-sectional images of the near-microscopic juvenile purple sea urchin. And, when viewed from above, the tiny, spiny animal looks like a mix between a firework and a blacklight party.

Atlas Obscura posted the above video, which scientists at UC Berkeley, led by developmental biologist, Laurent Formery, captured in a lab. Obscura reports that Formery studied this tiny urchin as a part of his dissertation on echinoderm nervous systems; looking specifically at the nervous system of the purple sea urchin—or Paracentrotus lividus—for ways to solve long-standing controversies about the way deuterostome nervous systems evolved. (Deuterostomia are animals, including echinoderms, that form their anuses before their mouths during embryonic development.)

In this experiment, which Formery and his colleagues described in a 2020 paper published in The Journal of Comparative Neurology, the scientists used a technique known as immunofluorescence to study the “the neural anatomy” of P. lividus. This technique allowed the scientists to tag specific biomolecules within the urchin’s cells with fluorescent dyes. In turn allowing for the visualization of the way the various networks in the animal function. In the video above, for example, muscle fibers appear in cyan and bright blue, while the nerves are in yellow. 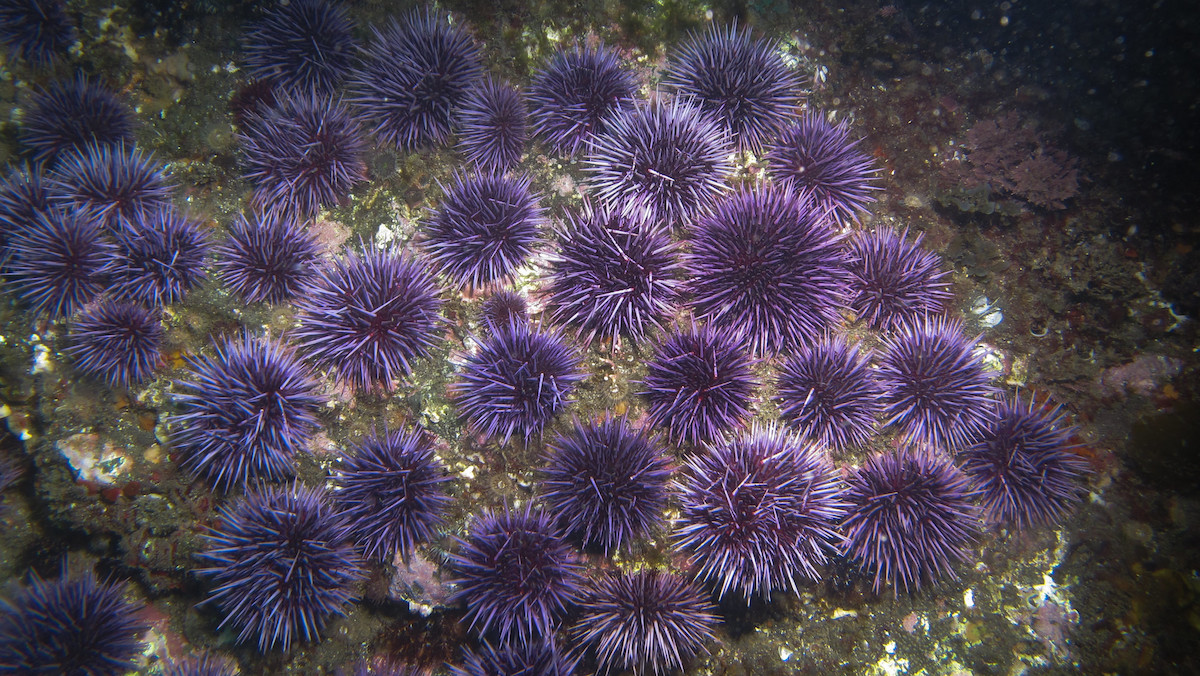 “Echinoderms—sea urchins, sea stars, sea cucumbers, brittle stars, and sea lilies—are fascinating animals because, although they are evolutionarily quite close to us, they could not look more different,” Formery told Obscura. He added that scientists still don’t understand how these kinds of animals are “wired,” or how their nervous systems work.

Indeed, echinoderms’ “pentaradial” symmetry of their nervous systems is quite mysterious. The systems consist of five similar pieces around a central axis; including five radial nerve cords that run from the bottom to the top of the creatures’ bodies. According to Formery, “It’s still debated whether they have a central nervous system, like us, or whether their nervous system is just the sum of their parts but lacks a centralized control.”

As for next steps for the scientific sleuths, Obscura reports that Formery is now studying other echinoderms. We’ve perused his Twitter account, and other echnidoerms the scientist’s studying are incredible. The juvenile sea cucumber immediately above, for example, legitimately looks like an alien.