Florence Pugh is having a good year. The British actress materialized out of seemingly nowhere three years ago with her breathtaking turn in Lady Macbeth, and has spent the time since building out a robust filmography; with each role, she challenges our expectations—not just of her as actress, but of women in general. Their flaws and standards, their role in society, their dreams and nightmares. In this summer’s floral horror hit Midsommar, she found new ways to terrify us, pulling audiences into her character Dani’s tailspin through grief, mania, and—ultimately—euphoria. It’s one of those horror performances you can’t stop thinking about; it gnaws at you, right down to the bone. Pugh chatted with Nerdist about her fear when it came to shooting the A24 film, which recently hit Blu-ray and DVD via Lionsgate. It wasn’t the gore or cerebral terror that got her so much as her concerns about inauthenticity.

“I am one that appreciates complete honesty when someone’s acting,” she explained. “I don’t ever like seeing someone fake it and I don’t ever like myself faking it. And so my biggest issue is that I’d never come close to feeling that level of grief before. I didn’t know what that felt like and I didn’t know how to imagine it.”

In the film, Pugh plays Dani, a young woman whose world comes apart when her bipolar sister kills herself and their parents by drowning their home with carbon monoxide. Orphaned and alone, Dani sinks into a terrible depression, one she hopes to jolt herself out of by taking a trip with her boyfriend Christian (Jack Reynor) and his friends to a remote Swedish commune called Hårga. What follows is a Wizard of Oz-like journey to an unusual, technicolor place that tests the limits of Dani and Christian’s relationship and their teetering perception of reality. 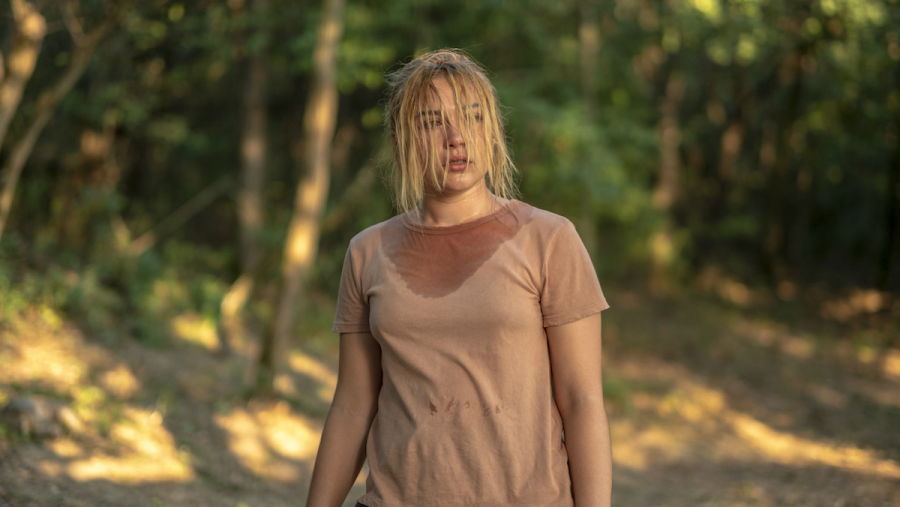 Ari Aster— known for his previous work on Hereditary—wrote and directed the film, which has been picked apart by audiences; theories about the plot abound, and interpretations of the material and ending vary extremely from person to person. But Pugh said she understood the script and story straight away; playing an audience conduit came easily once she stepped onto set, which was constructed and populated with extras bringing Hårga to life. She was there to react to these new surroundings for us, since we’re seeing this world through her perspective, with her as our moral compass.

“With Dani, no matter what point of the storyline that you’re in, you go, ‘All right, there’s the normal person that feels things at a normal way,’ and you can latch yourself onto her,” Pugh explained. “I think also the film kind of happens to you.”

Like previous characters she’s played, our expectations of Dani shift as the story progresses. She seems cold and distant near the beginning, but in Hårga, she comes to a blossoming new life. “She’s met by a community that just wants to love her,” Pugh said of Dani’s role within this new community, which leads to her ascent and to Christian’s gruesome downfall. Aster has described the film as a “breakup movie,” and it’s absolutely that—to an extreme.

Aster’s director’s cut of the film—which had its own theatrical run and is currently available for purchase on iTunes—sheds even more light on their relationship, and adds dimension; dimension that makes Christian a bit more sympathetic than he’s cut out to be in the theatrical version. “When making the film, it was so obvious to Jack [Reynor] and I that this couple—all right, they have their flaws, but it doesn’t mean that they don’t love each other,” Pugh explained. “They had a great relationship but it’s just not working anymore. I think there was a lot more sympathy for Jack in the director’s cut because you finally got to see them as a couple as opposed to her just being this person that needs so much attention that he can’t give her.” 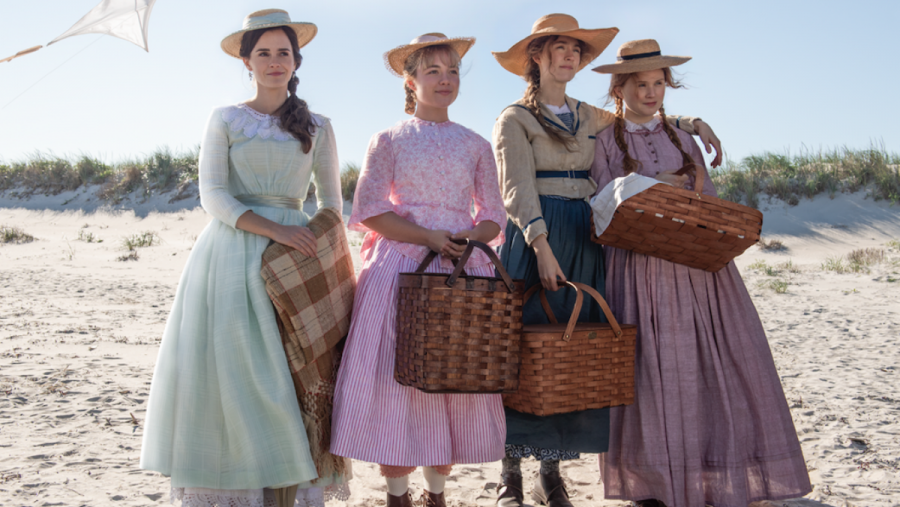 Midsommar packs a punch and takes an emotional toll, but luckily Pugh got to jump straight from its haunting depths into lighter, more joyful material: Greta Gerwig’s Little Women, out this December. She plays Amy March in the film, the youngest of the four March siblings, with Emma Watson, Saoirse Ronan, and Eliza Scanlen as her sisters. Amy is among the most misunderstood characters in literature, whose strong will and ambition are seen by some as bratty and self-entitled. Pugh described the part as “therapy” after Midsommar. “I went straight from Midsummar onto [Little Women], I think I had like a two day difference of not working, and I’m so grateful to what Amy brought me,” Pugh said of the part, which is already garnering strong reviews from early screenings, with many critics singling out Pugh’s performance. “I’m so grateful for her silliness and her cheekiness and her just all around deliciousness. I think she was the exact therapy I needed—I just got to be a silly child for three months, and that was crucial for me at the time.”

We’re sure the role will be scrutinized but hopefully reevaluated in a modern context. If anyone can bring compassion to a misunderstood heroine like Amy March, it’s Pugh—whose glimmering triumph at the end of Midsommar has already become a figure of solidarity for women everywhere.

Midsommar is available for purchase on Blu-ray and DVD now.