The Women Behind FLORA & ULYSSES on Family, Hope, and Heroes - Nerdist

The Women Behind FLORA & ULYSSES on Family, Hope, and Heroes

Disney+ is full of superhero stories, but none are quite like Flora & Ulysses. The newest Disney movie centers on a comic book-loving young girl, Flora (Matilda Lawler), and the superpowered squirrel she befriends. We got to conduct a series of interviews with author Kate DiCamillo, director Lena Khan, and star Alyson Hannigan. The wonderful women of Flora & Ulysses opened up about family, crafting a new kind of human hero, and what they want viewers to take from watching the new Disney film.

Broken People Finding Each Other 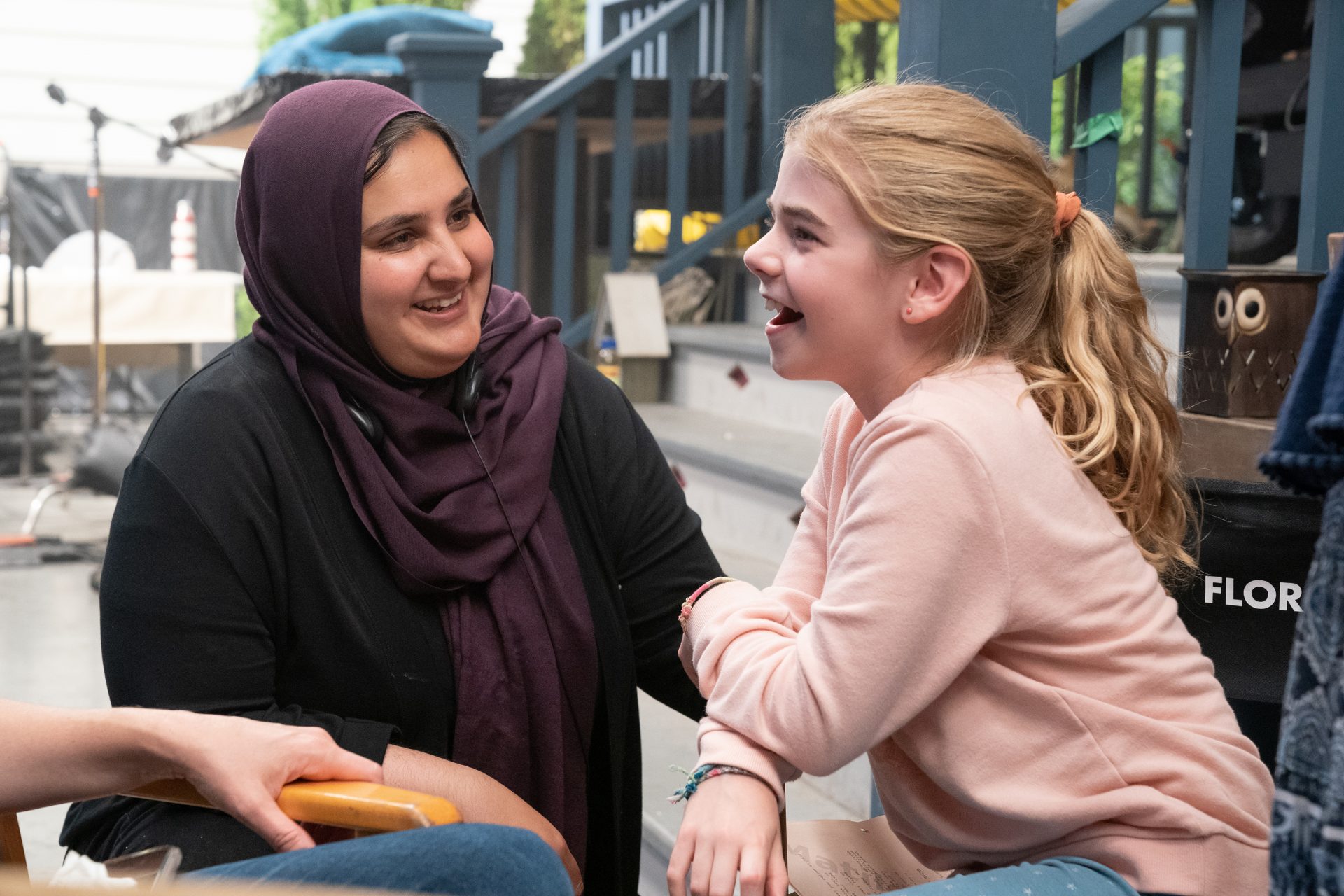 While the story of a rodent with super strength might not sound like a thematically complex tale, director Khan realized quickly there was much more to it than meets the eye. “I started to realize that behind this movie there was this kind of a psychological thing,” Khan said. “What struck me personally was that I could relate to what happens when the world knocks you to your knees. And this is a story about a bunch of people who are broken by the world and how they figured out how to get back up again.”

Khan continued, “And I think for things to heal in society that’s sort of the first step, so that struck me very powerfully. It was really important to me. Even when we were calibrating voiceovers, I was like, ‘This is not just a movie about a family getting together that isn’t even important. The important part is these people figure out how to face the world before the family gets together.’ Disney was very supportive of sticking to that, and if ever there was a time, it’s now. Because we were doing a lot of post-production during this pandemic.”

The Struggles of Making Art 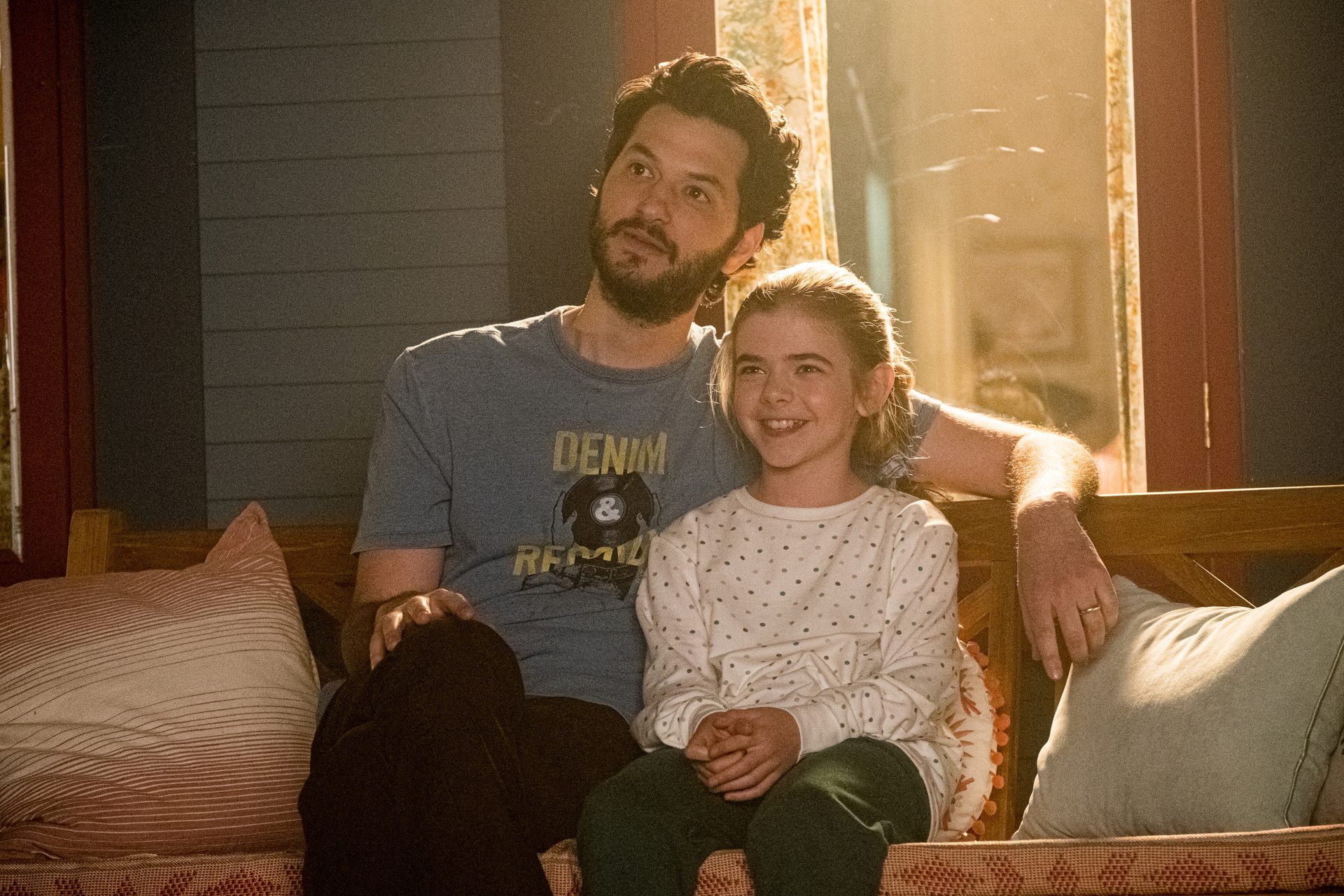 One of the biggest changes the film makes from the book is that Flora’s father, George (Ben Schwartz), becomes the cartoonist behind the superhero that Flora loves so dearly. It’s rare in our superhero-obsessed world that we ever see the people who make the comics we love. So what drove the decision? “When I grew up, my brother was a huge comic book fan,” Khan explained. “He would go deep. There’s a very complex, mature universe behind and within comic book stories, and he would tell me all about them. So I was like, ‘For somebody to really understand that the way Flora does, George has to know something about it. He needs to understand what it really takes to tell a true superhero story.’ There’s a lot of psychological things and there’s a lot of inner battles, and there’s a depth that people need to understand.”

Flora & Ulysses is very much a family movie, and in such it has something for every viewer, including the author of the book it’s based on. As she watched the film, she was stunned to discover moments of uncritical joy. “It’s just like the critical part of my brain—the part that assesses, the part that says, “Yes, this, not this”—all of that just seemed to go away,” DiCamillo shared. “So when I think of watching the movie and when I think of the squirrel, it’s just totally that child in me that wants that squirrel. And that understands Flora’s connection with the squirrel. And it just all bypasses the critical thinking part of me entirely and goes to my heart.”

Watching Your Own Work Is Wild 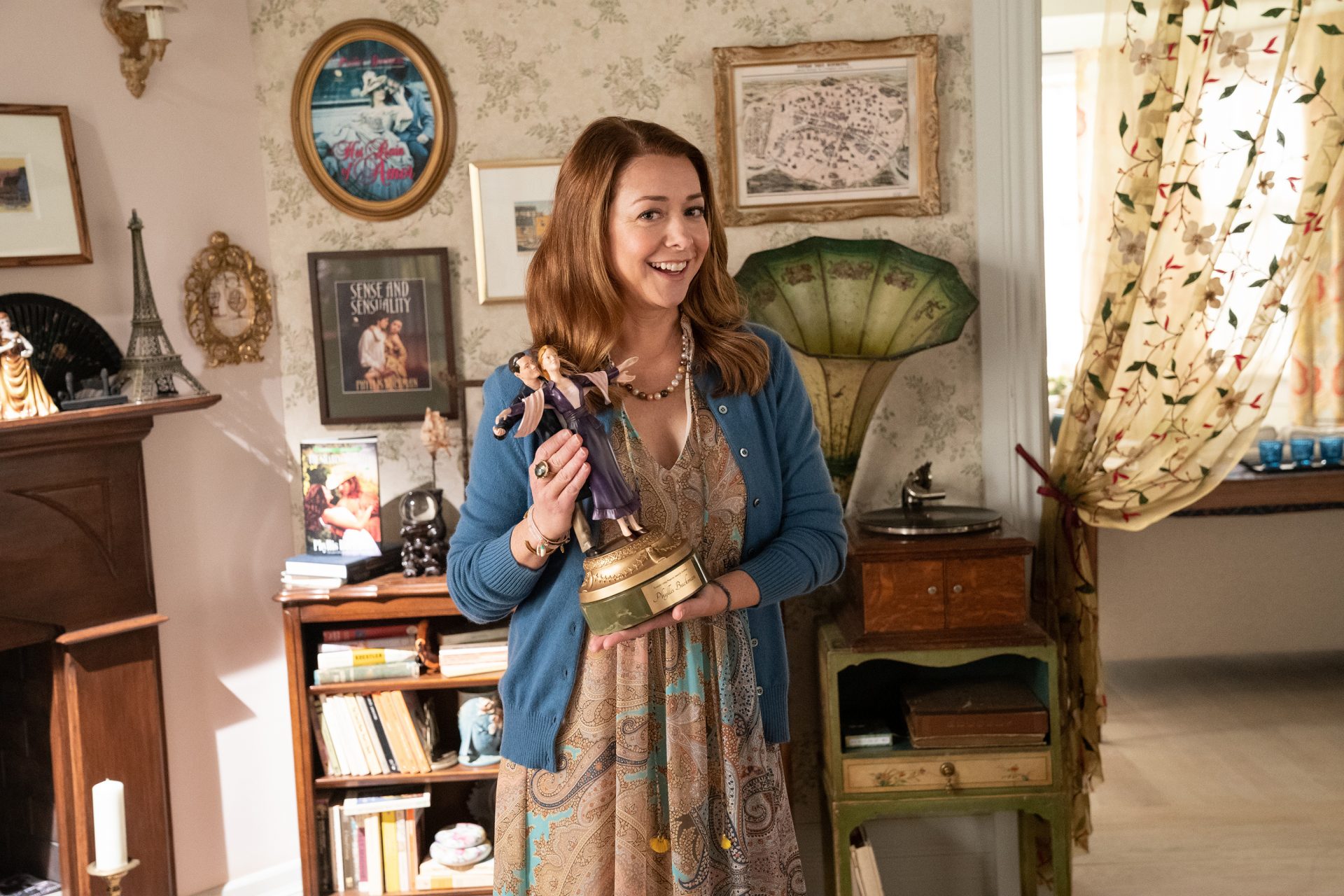 The author even had a revelatory experience after watching the adaptation of her book. “There were so many little windows in that movie that showed me myself,” DiCamillo said. “That showed me how I work creatively, the thematic concerns that I keep on coming back to as a writer. All of those are like tiny little windows that opened. I don’t necessarily think that I should look at them, because I don’t really want to know what I’m doing. But that’s part of the brilliance of the movie, they tapped into a larger version of the same well that I’m tapping into.”

DiCamillo wasn’t the only one who was surprised by her watching experience. “Honestly, I’m so excited for people to see this whole movie,” Hannigan told us. “I don’t like watching myself. I’m always so critical of myself. But when my family and I got to see this, I forgot that it was me and I just genuinely enjoyed the whole thing. And my kids loved it, so watching them enjoy it so much was just so fulfilling. I knew I liked doing projects that they could watch, but they would have loved this even if I wasn’t in it. They’re at an age where it’s cool to them. I just want to be cool to my kids and it’s going to be short lived so I’m going to relish it.” 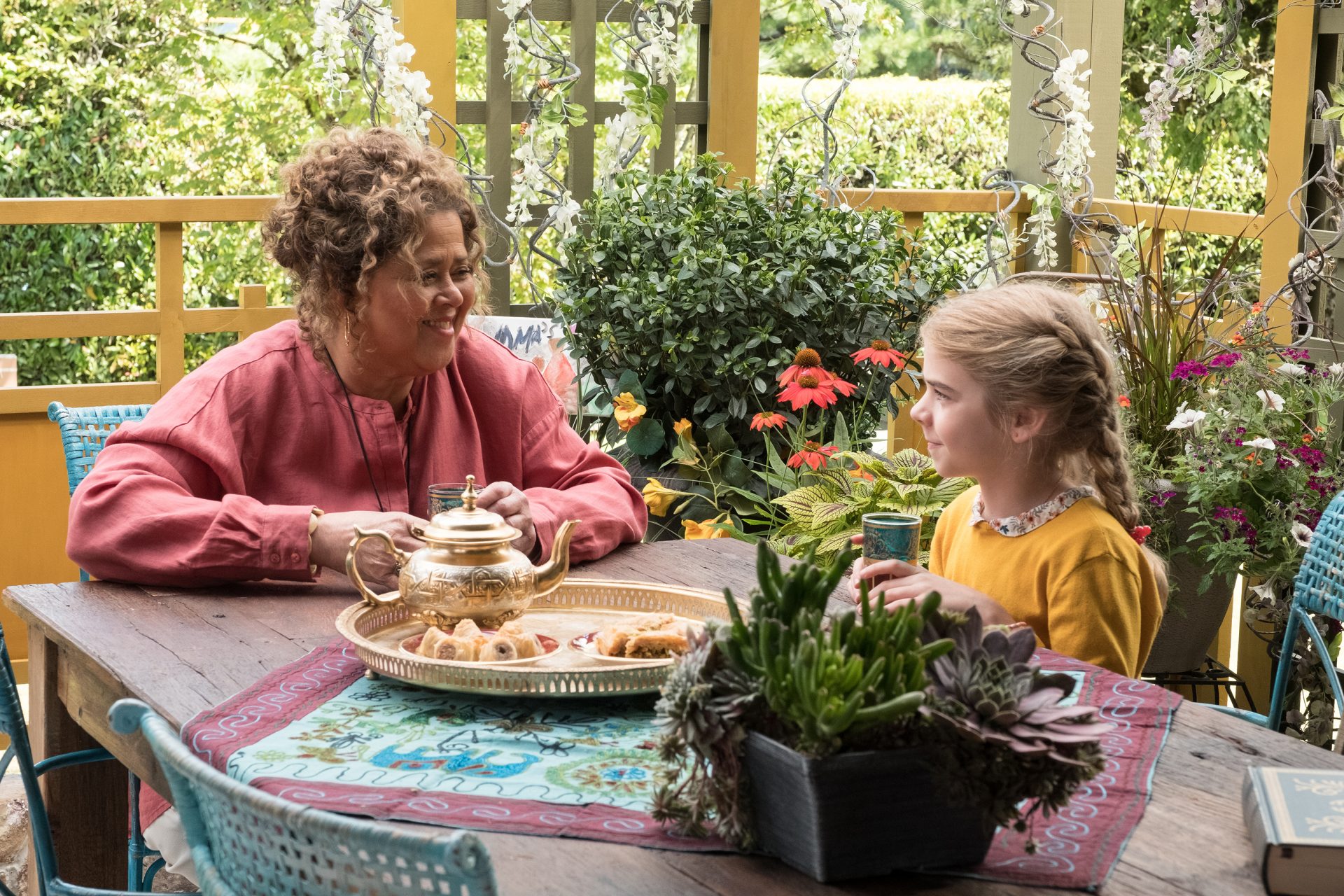 When Khan watched the finished film for the first time, there was one scene that stood out. “There’s just this little moment when George leaves Flora. She says, ‘Hey Dad, in Terrible Things [and How to Prepare for Them, a book that shows up in the film], they say, ‘Do not hope, observe.” And he says, ‘I think it’s okay to hope.’ It’s very personal to me because I used to tell myself that. Like in Shawshank Redemption when he tells Red, ‘Hope is a dangerous thing.’ I’ve lived that part of my life. Transforming from that to somebody who can hope again is Flora’s journey in this film. So to actually see that on screen was powerful for me.”

As all of the women found something personal in the movie. DiCamillo hopes viewers can find connections. “It’s just so interesting to me that it would arrive now,” DiCamillo pondered. “It feels to me like exactly what we need now because so much of it is about love and connection. And also that thing of seeing each other. That whole notion that to see each other is to love each other. And that’s a subcurrent of this movie that’s in there, and so I think that maybe it will provide comfort and wake us up a little bit too. I hope that many families experience it together. And I hope that many people watching it alone feel more connected just by watching.”