The Definitive Reason Flamingos Stand on One Foot - Nerdist

The Definitive Reason Flamingos Stand on One Foot

Standing on one foot is difficult for most beings. For instance, I am useless after a minute of tree pose during yoga—and that’s on my stronger leg. But for one animal in particular, standing on one foot isn’t just a party trick. It’s, in short, kind of their whole thing. When thinking of flamingos, most people know two things to be true: they’re pink and stand on one foot. But why exactly do they stand one just a single leg? Well, a common understanding is that birds lose a lot of heat in their legs and this helps them conserve heat. But, as Hank Green explains in a new SciShow video, that’s not entirely true in the case of a flamingo. And the real reason is a little more straightforward.

As Green points out in the video, which we first saw at Laughing Squid, some birds have legs built to conserve heat, so the one-legged balancing act isn’t necessary. For flamingos, specifically, it’s just easier to stand on one leg. Flamingos stand on one leg all day, but they also often sleep in that position as well. So if they don’t have to be conscious to stand on one leg, what happens if they’re not alive? Well, as Green explains in the video, flamingos’ bodies are built as such where it doesn’t take a lot of effort or energy to easily stand on one leg.

He cites a study where researchers examined deceased flamingos (whom I assume died from natural causes) and living flamingos and in both cases, standing on one leg was, to quote The Mandalorian, the way. Interestingly, the deceased flamingos, may they rest in bird paradise, were wobblier when scientists tried to stand them up on two legs. 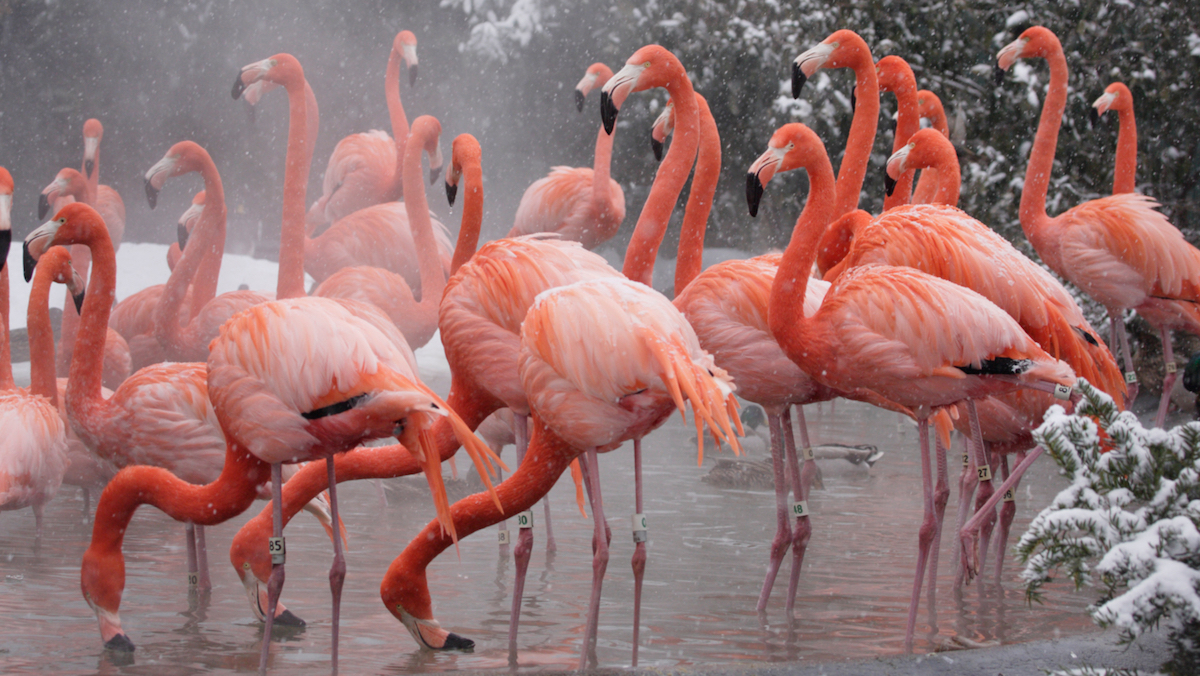 Their center of gravity is in a perfect spot so all they really need is their body weight to lock in all the necessary joints. So standing on one leg is probably as simple for flamingos as it is for humans to lie down. The dead flamingo bit is a little gnarly, but it’s all very fascinating stuff. Fine, flamingos are the master of tree pose but how are they at pigeon?