THE FLAMING LIPS Are Putting on Bubble Concerts - Nerdist

THE FLAMING LIPS Are Putting on Bubble Concerts

Although 2020 seems to have sent people flying away from each other like so many exploded extras on The Boys, new, creative ways of keeping people together are being developed on the regular. Rock band the Flaming Lips, for example, is now performing concerts in which both they, and the audience, are in bubbles.

The rock band, formed in ’83 in Oklahoma City, performed its first bubble concert—with a bubbled-up audience—on October 12. The band, which performed the concert in its hometown, attracted at least a few hundred fans. And, apparently, everything went off without a hitch. Hitch-free and socially distanced.

“I like the way [the bubble concert] looks, because you can get as excited as you want, you can scream as much as you want, you just can’t infect the person next to you, no matter what you forget about, how excited you get,” band leader, Wayne Coyne told the Pittsburgh Post-Gazette. The vocalist, at center in the video below, added that the bubbles’ plastic barriers seemed to have protected everyone.

Previously, The Flaming Lips also put on bubble performances for both The Tonight Show and The Late Show. The band also recently performed for NPR’s Tiny Desk series (immediately above), in which they played four tracks, entirely from inside of the bubbles. The tracks included: “Will You Return / When You Come Down,” “God And The Policeman,” “Be Free, A Way,” and “It’s Summertime.”

Moving forward, it seems reasonable to speculate The Flaming Lips will put on more bubble shows with audiences. Coyne not only seems excited about the idea on Instagram, but can also perform in his bubble for hours. Hopefully everyone will be able to dance together again sans bubbles, eventually, however. At least before Yoshimi comes to battle The Big Pink Robots. 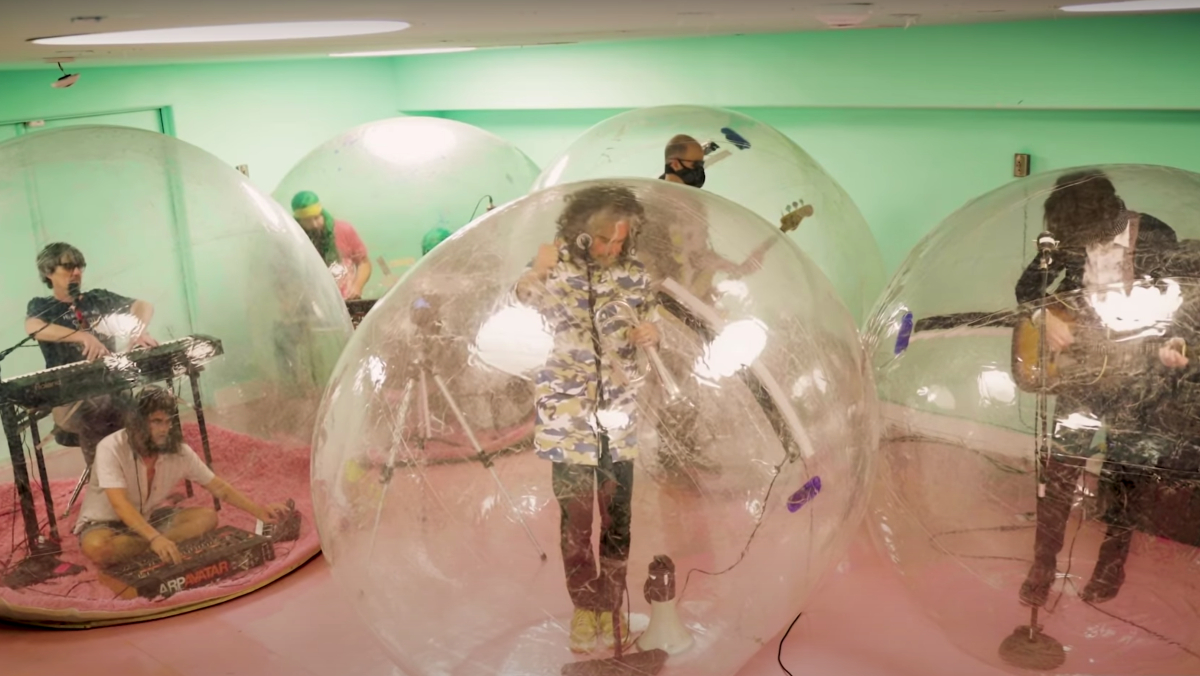