Some board games require a good chunk of tabletop real estate, forcing you and your fellow gamers to keep your elbows far from the table. And the balancing act you’ll perform with your snacks and drinks can be quite precarious as you flip cards and roll dice.

On your next game night, instead of going for those big box games, why not try a smaller yet equally entertaining microgame? Microgames rely on a minimal amount of components, aren’t table hogs, and offer a huge amount of entertaining gameplay. Take them out of their boxes and you could literally fit them into your pocket! Here are five of our favorites: 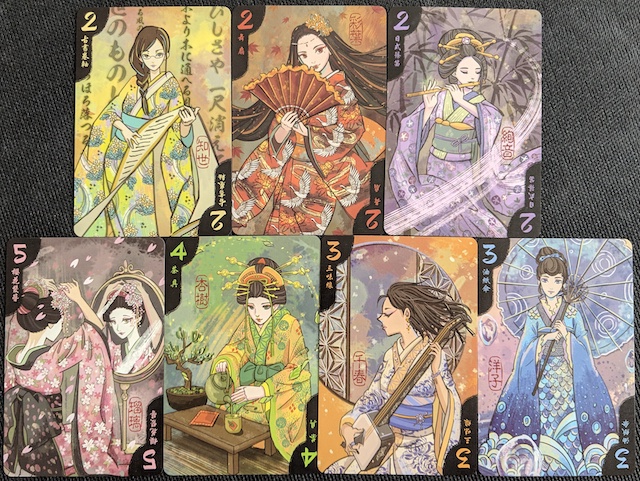 Hanamikoji is a two-player game set in Kyoto featuring stunning artwork, simple turns, and tense decisions. You and your opponent attempt to gain the favor of the geishas by performing four actions each round, trying to out-think each other and score victory points by gaining area majority of the various geisha cards. It’s a wonderful battle of wits that wraps up in only 15 minutes. 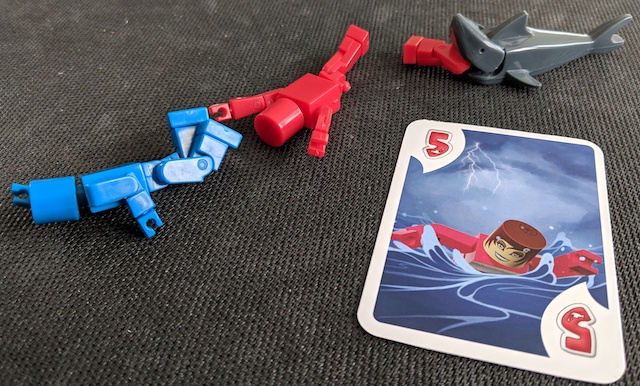 You and your fellow robots are swimming in the ocean when a shark begins to attack (don’t ask). Play one of your numbered cards to move your robot away from the shark, leaving your opponents to be munched upon. Easy, right? Ah, but here’s the catch: if you play the same card as an opponent, neither of you can move and the shark continues its munching. Ripping off the limbs of your opponents’ robots is the highlight of this micro game, but its bluffing style of card play will make it one of your go-to filler games.

A Game of Thrones: Hand of the King 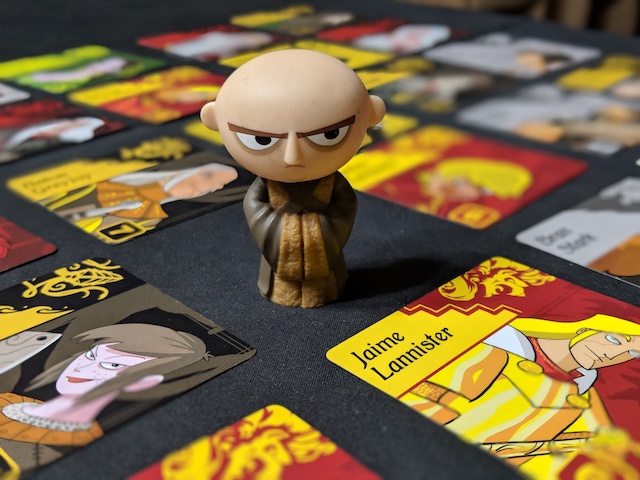 Fans of A Game of Thrones will enjoy this quick puzzle-style game set in King’s Landing. From renowned designer Bruno Cathala, Hand of the King has players collecting the support of the different houses. Move the infamous Spider Varys through the rows and columns to add characters and banners to your hand. Companion cards like Gendry, Hodor, and Petyr Baelish can help (or hinder) you, but ultimately it’s your skill at figuring out the most optimal moves that will lead you to rule Westeros.

This Love Letter-inspired micro game is based on the iconic Filipino superhero comic Darna created by Mars Ravelo and Nestor Redondo. Darna’s powers come from the magic white stone, which you’re trying to be the first to find in Darna at ang Nawawalang Bato (Darna and the Missing Stone). Draw a card and then play a card, performing the two actions in order. If you believe you know where the stone is, then take a shot at revealing its location. If you’re wrong you’ll lose a turn, but you’ve given your opponents free information. Can you help Darna gain her powers before it’s too late? 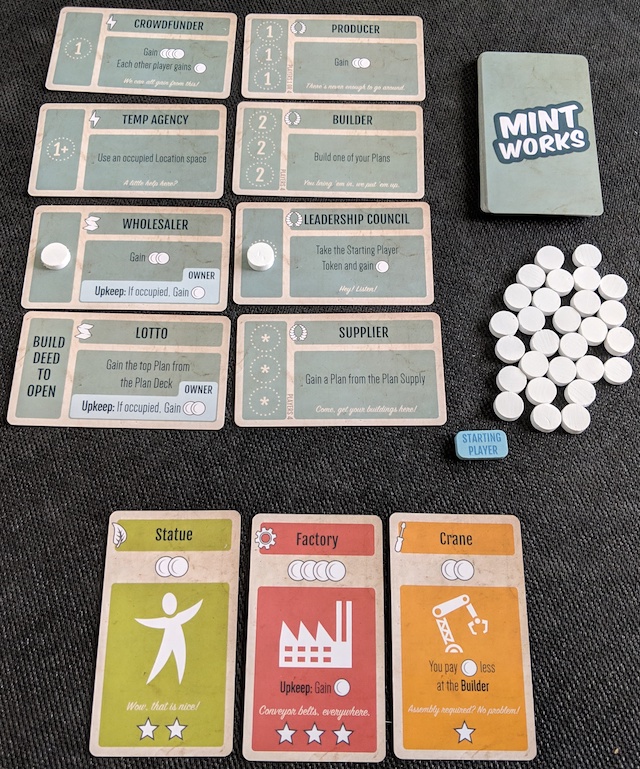 Packed into an Altoids-sized tin, Mint Works takes the worker placement mechanism and strips it down to its essence: simply place one of your mints onto a card to perform its action, from gaining more mints or buying plans to turning plans into buildings and unlocking special abilities. You’re in a race to build the best neighborhood in the city of Mintopia and the first to score seven points wins. Don’t let its tiny box fool you; Mint Works offers a fully realized worker-placement experience in a fraction of the time (and cost) of similar games.

What are your favorite micro-games? Tell us in the comments!