Every week on Twitch and Alpha host Ryan Green introduces us to the histories of our favorite geek fandoms on his show Lore Masters. This week, he sat down with Ivan Van Norman who has successfully crowdfunded many games and projects to talk about crowdfunding games and creative projects successfully.

Designing tabletop games is rough. You pour your soul into a project for months or even years, timidly show it to an outsider whose sole purpose is judgment, and then even if you succeed you’ve made less per hour than you would have putting special sauce on a Big Mac. So why do we do it? Because we have to let that burning passion rage. Nothing good comes easy.

What does come easy is losing your way, depression, and giving up. Success comes after those battles and that’s why we’re sitting down to talk about some important lessons, we’ll call ‘em my hard knocks. Look, I’m no Reiner Knizia or Eric Lang, but I’ve been in your shoes. Hell, I’m still sharing those size 9 Chucks. My first design was a small drafting game called A Fistful of Dinero. It didn’t do well, but it did sell through its minuscule print run. I’ve learned quite a bit since then and my second design is coming in the future from Grey Fox Games, publishers of Champions of Midgard and Deception: Murder in Hong Kong. I wouldn’t be here if I hadn’t been there.

So, how ‘bout those hard knocks?

This may be cliché, but it’s absolutely true. Yeah, your game fired on all cylinders when Dave and Maggie from your Friday night group played it. Or at least, that was the impression they gave you because they don’t want to hurt your feelings. It’s not good enough.

Many designers are still playtesting and refining long after their game’s arrived from China and hit the local store’s shelf. We see this all the time with revised and second editions. In some respects, you’ll never be done iterating and you need to accept that. For this reason, you need to keep doing it as much as possible before you’re showing it to a publisher or clicking that “Launch Project” button on Kickstarter. Like Michael Jordan endlessly practicing his jump-shot, you need to playtest until your fingers are bleeding from a thousand cardstock paper cuts. 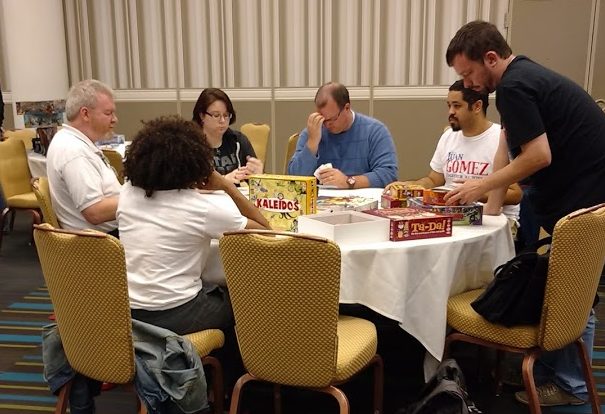 If you’re not Eric Lang or Rob Daviau, finding willing playtesters can be difficult. This can be alleviated by attending designer meetups and game development conventions if you can’t source collaborators yourself. What’s more important than actually acquiring these special individuals is treating them with respect and compassion.

These people are giving their time — something’s that precious even if you’re not old enough to realize it — and you need to reciprocate that trust by not wasting what they’re offering. They don’t owe you anything and if you’re lucky enough to receive coherent and useful feedback, sacrifice a board to the gods of tabletop in thanks. It takes a village to create a fantastic board game and the grunts digging ditches and planting corn are the playtesters. 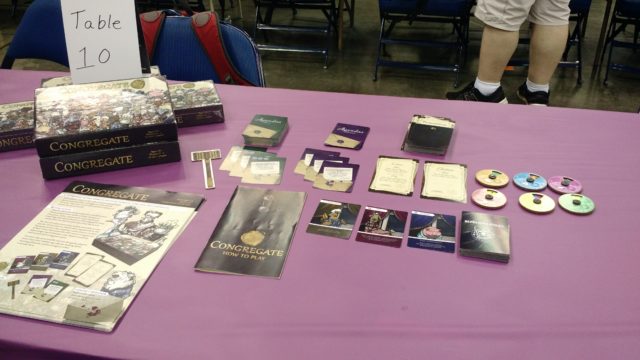 You know what sucks? Job interviews. Many times the eligible party is not selected due to blowing their one moment to shine as opposed to actual merit. Pitching your game to a publisher works the exact same way. Your concept and sell sheet function as your resume and get you the meeting, your sit-down pitch is the interview and you need to nail it.

Realize this is your moment to shine and prepare accordingly. Run through your pitch ahead of time, preferably with someone you’d be uncomfortable giving it to. Nail the presentation and make sure you’re highlighting what makes your design special and novel. Show them why this is going to be the next Dead of Winter or Great Western Trail. Don’t give them an excuse to say no and you better blow their socks off, even if they’re wearing flip-flops.

You will fail, probably multiple times. It’s just what happens in all facets of life and you need to suck it up. You’ll hit moments where you’re extremely discouraged. Maybe you play a game from a publisher that turned down your submission, and the published design just isn’t up to snuff and pales in comparison to your concept. Maybe you’re electrified for the start of your Kickstarter campaign and it hits the ground like a three-wheeled shopping cart careening into the end cap.

During those times you need to find your sources of support and inspiration. Channel your creativity and iterate like mad as you improve your game and utilize the feedback you’ve received. Get angry and use that well of energy to get over the hump. If you’re going to succeed you need to stick it out and keep on keeping on.

And sometimes you just need to walk away. It can be hard to come to the realization that your game may not be good enough, but that may just be the case. Just because you’ve sunk 300 hours into a design does not entitle it to be a quality concept with profound execution. Attachment can be the enemy and can derail your future before it’s even started.

It’s difficult to pinpoint exactly when you need to let an idea go, but you need to constantly question your faith in the game and test the foundation of your concepts. The industry is too competitive and the shelves too jam-packed full of titles to pursue a design that’s merely average. If you can’t quite make the call, then separate yourself from the work and pivot to one of your other ideas. When you come back a few weeks, months, or possibly years later—the answer will materialize and you’ll know what to do.

Are you an aspiring game designer? Have you ever thought about designing a game? Let us know in the comments! And be sure to tune into every week on Twitch and Alpha and host Ryan Green as we explore geeky histories, lore, and stories on Lore Masters.

In addition to Geek & Sundry, Charlie Theel writes for Ars Technica, Miniature Market’s The Review Corner, and co-hosts the gaming podcast Ding & Dent. You can find him on Twitter @CharlieTheel.