E3 2018 may not be officially underway yet, but the gaming companies have already started dropping dozens of new trailers for the hottest titles coming in the future. Today’s Nerdist News Talks Back is narrowing it down to a few of our most anticipated games, starting with the fresh preview of  Kingdom Hearts III. Is the game going to be worth the wait after so much time since Kingdom Hearts II? And will the game appeal to non-Disney fans?

Amy Vorpahl guest hosts today’s show and welcomes her guests: Science Editor Kyle Hill, Associate Editor Kyle Anderson, and Nerdist News writer Joey Clift. Next on the agenda was The Elder Scrolls VI announcement, which was humorously dissected by our panel of experts. If Elder Scrolls VI is anything like Skyrim, then it’s going to take a pretty excessive amount of time to finish everything. Our panel also answers a burning question that we’ve had for years: what is the exact right amount of dragons to include in games and novels?

Bethesda also dropped the first teaser for Starfield, which told us absolutely nothing about it beyond its evocative name. The panel has a few theories about what kind of game Starfield could be, but it has the potential to be a fully realized experience unlike some hyped space games. Next on the agenda was the new trailer for Cyberpunk 2077. We think the panel wants to move into that game…and so do we!

Can Fallout 76 work as a multiplayer experience? It’s not necessarily the game that our panelists want, since it’s the single player mode that offers the Fallout series some of its greatest moments. Finally, we’re closing out this episode with our take on the new Jack Ryan trailer. Is John Krasinski the action hero we’ve been waiting for? 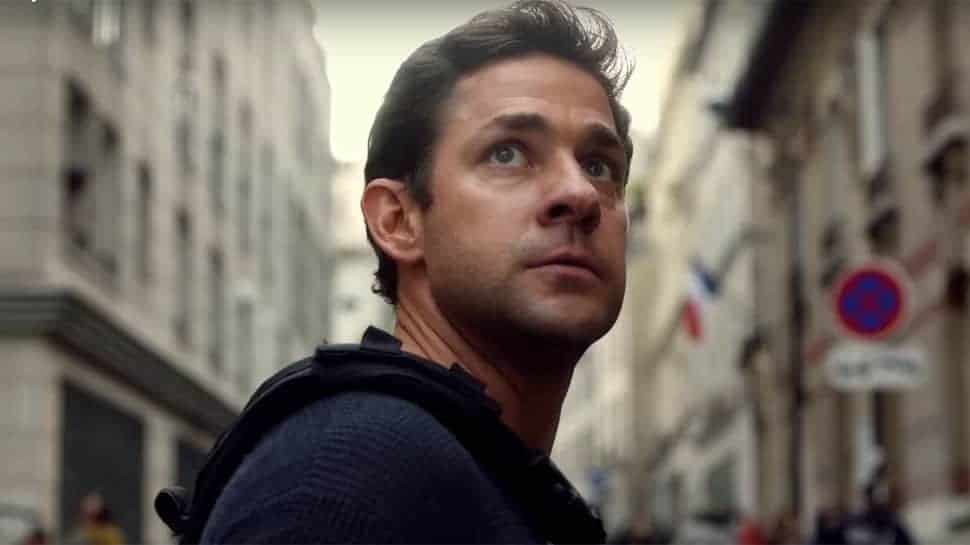 Nerdist News Talks Back airs live on our YouTube and Alpha channels at 1PM PT every Monday through Thursday. Starting next Monday, June 18, we’re changing the start time to 11AM PT from Monday to Thursday. On Fridays, we end the week in pop culture with our hour-long Nerdist News What the Friday at 1PM PT, exclusively at Alpha. It’s the best daily talk show on the internet, and no topic is too big or too small for us to breakdown.