Finn's Getting a Backstory in STAR WARS: THE RISE OF SKYWALKER - Nerdist

Finn’s Getting a Backstory in STAR WARS: THE RISE OF SKYWALKER

Who is FN-2187? John Boyega’s defecting Stormtrooper had no real name or identity until he met Poe Dameron on a First Order escape mission during the events of The Force Awakens. Poe nicknamed his copilot Finn and their adventure began. There’s no Star Wars sequel trilogy without this collision of fate.

But who is Finn and where does he come from? In a new interview with Vanity Fair, director J.J. Abrams confirms that we’ll learn more about Finn’s backstory in the upcoming Star Wars: The Rise of Skywalker. “It is part of the story of this one,” Abrams said. “And it was alluded to in Episode VII, but there’s a bit more light shed on that in this one.”

This is a bit of a surprise, especially when you consider how obsessed the sequel trilogy is with Rey’s parentage. In The Force Awakens and The Last Jedi, Rey struggled to accept her identity as a powerful Force user. Speculation about her potential ties to Star Wars legacy characters continues to this day, and will likely factor into The Rise of Skywalker. But what if it’s actually Finn who’s got connections to the past? 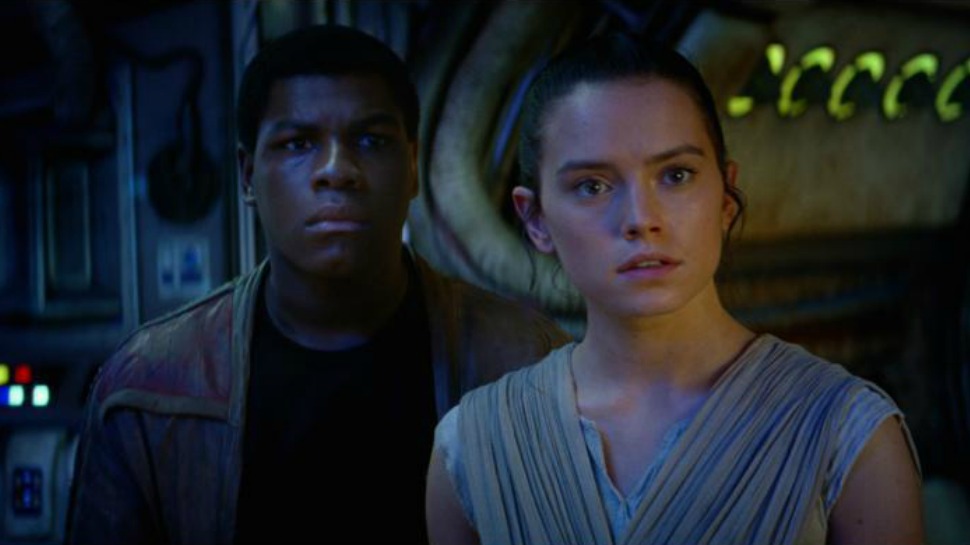 Trailers and marketing for The Force Awakens subverted expectations by teasing Finn as the Jedi character of the new series. What if The Rise of Skywalker‘s marketing, which has put a major emphasis on Rey’s identity, is doing the same thing in reverse? We know Lando Calrissian is in the film but we don’t know how he factors into the plot. Could Finn be his son?

We’re not wild about making every POC character related, but this is also Star Wars, where the universe is both expansive and incredibly small. There were hints back in The Force Awakens marketing days that Finn was Lando’s kid, including a board game that listed him as a Calrissian. “I will only say about that that it is completely intentional that their last names aren’t public record,” Abrams told Entertainment Weekly back in 2015 about Finn and Rey, adding fuel to the speculation that they have famous relatives.

Or maybe Finn is actually related to Naomi Ackie’s new character, Jannah. They’re shown together in the trailers and John Boyega has emphasized their bond in Instagram posts and tweets.

Want to introduce you guys to Jannah, played by the incredible @naomi_ackie. You ain’t ready for this team up.

In canon, we learn that First Order Stormtroopers were kidnapped from their parents and trained from birth. (In the original trilogy, all Stormtroopers were clones.) So it’s very likely Finn’s parents are still alive and well, and looking for their son. At Star Wars Celebration back in April, it was heavily teased that Jannah is a child of Lando. Is Finn, too? Were they both kidnapped away from the Rebel hero as children and forced into First Order service? Maybe Jannah, like Finn, escaped.

Or maybe that’s a little too complicated and we’ll simply learn the planet Finn came from. “I’m not saying we get full, exhaustive downloads on all of their childhoods and every major step that got them to where they are,” Abrams told Vanity Fair. “But there are a lot of questions about Finn’s past, about Poe’s past, obviously Rey and Kylo, and then some of the new characters we meet.”

We’ll find out for certain when Star Wars: The Rise of Skywalker hits theaters on December 20.