Find Glory Among the Clouds with this Historical Minitures Game - Nerdist

Find Glory Among the Clouds with this Historical Minitures Game

I am sure that by now, many of you have heard of the wildly successful Star Wars movies, in which all manner of science fiction, laser swords, mind magic, and spaceship appear in a grand opera of storytelling. Fantasy Flight Games produced a tabletop miniature game based on all of the spaceships in that universe called Star Wars: X-Wing that, like the movies, has been rather successful. But did you know, a long time ago, a company far, far away, created a game that plays a lot like Star Wars: X-Wing, but set in World War I and World War II? Here’s how they compare, and why you should give the Wings of Glory series a try. 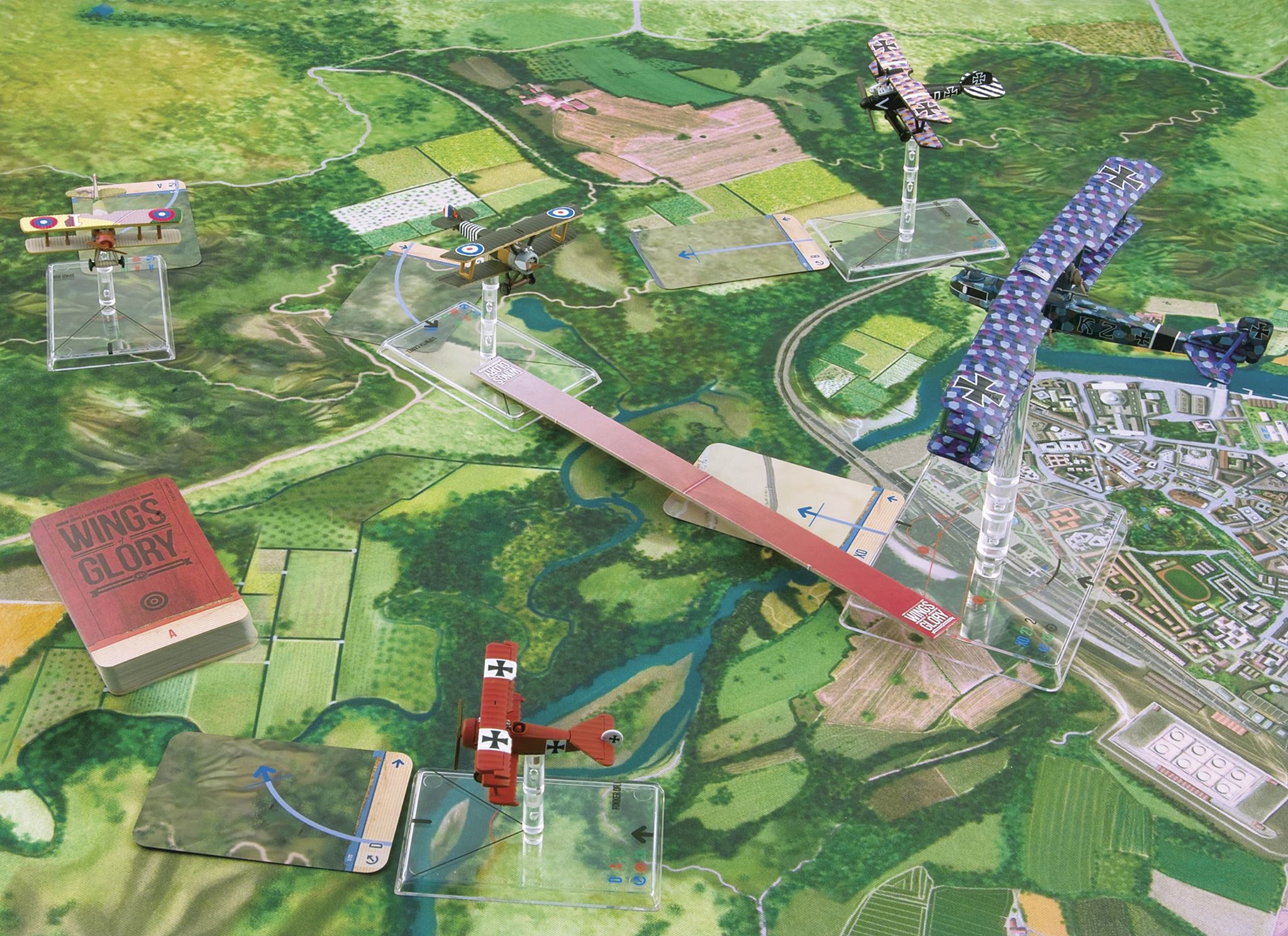 Players command beautifully modeled crafts that sit elegantly atop clear plastic stands, elevating them ever so slightly from the table to give you the sensation that they are flying. The base of the stands indicate the craft’s firing arc and a variety of other stats that make it unique. Considering how long the Wings of Glory game has been out, there are dozens of planes to choose from in both the World War I and II settings.

Movement is fairly similar in each game. The maneuverability of each craft varies, allowing some to make tighter turns, take faster straightaways, or even perform advanced moves. In Star Wars: X-Wing, players will lock in their desired movement on a dial and use custom measuring sticks to re-position their crafts. In Wings of Glory, players choose from a set of cards, each with a different maneuver, and use the cards themselves to measure out the angle and distance the craft will travel. 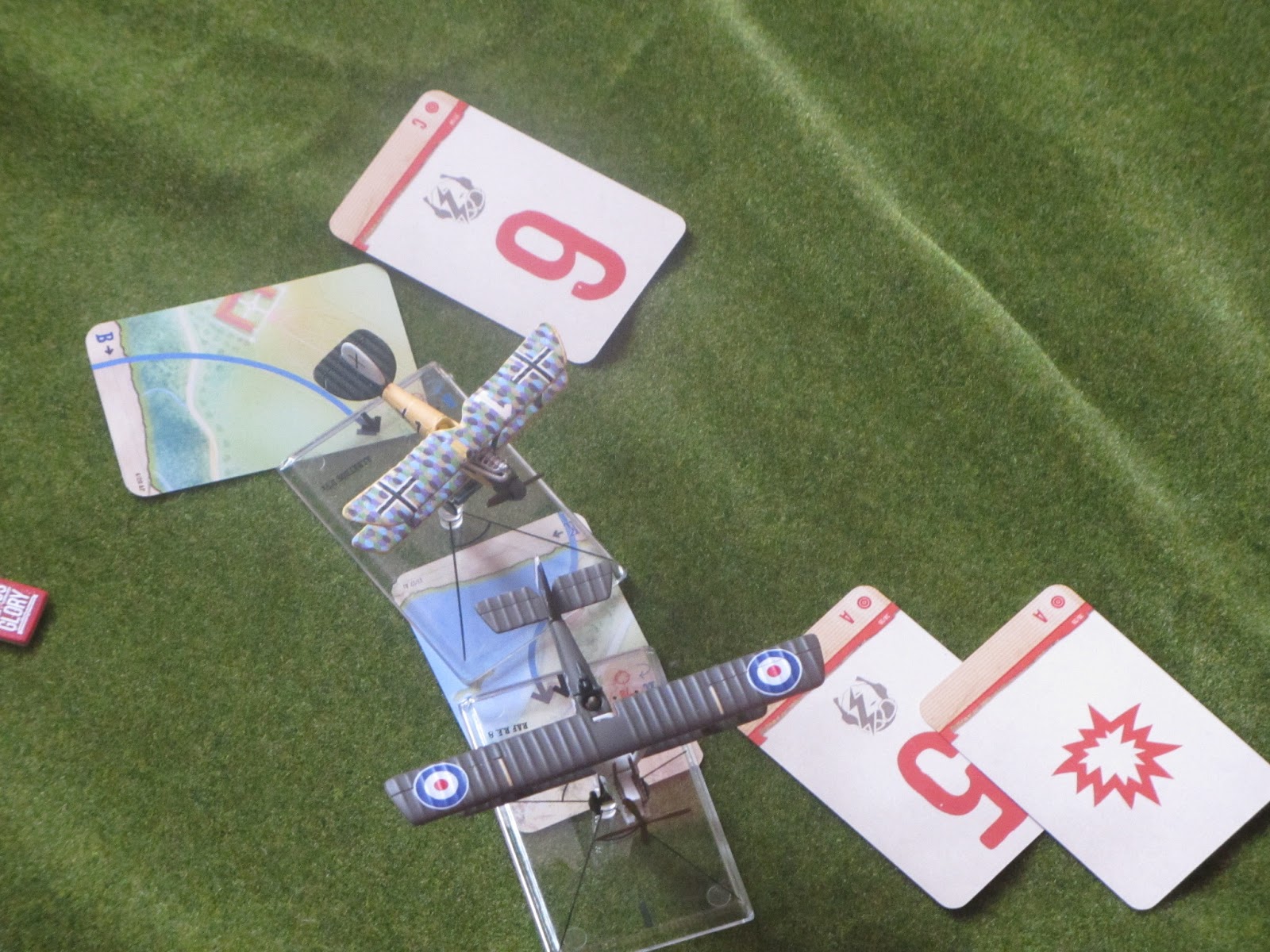 Attacking in both games is mostly the same except, unlike in Star Wars: X-Wing, you do not roll dice to determine hits in Wings of Glory. Instead, each plane has a different attack type, which determines the damage deck the opponent must draw from when hit. Each damage deck contains different distributions of damage and effects depending on the power of the weapon used.

Both games can be played until all planes on a single side have been eliminated, or include an objective for an alternate victory. This can be everything from protecting another plane or spy blimp to destroying ground targets. This kind of flexibility based on a solid foundation of gameplay makes Wings of Glory fantastic for anyone who is a fan of the era or games like Star Wars: X-Wing. Furthermore, each plane includes historical information; from its country of origin to its most infamous pilots.