This FINAL FANTASY Chocobo Cosplay Is Next Level

Anyone who has played a Final Fantasy game is enamored with chocobos. Who hasn’t dreamed of racing across a windswept grassy field on the back of a chocobo? French cosplayer Mathoz has created a costume that might be the closest we ever get to seeing the giant yellow birds in real life. It’s clever, gorgeously detailed, and so realistic you can practically hear the “ kweh!” (But don’t try to climb on top of this one.)

Mathoz based this particular design on the chocobos of Final Fantasy XIV. The large-footed chocobos are complete with a saddle, saddle bags, light armor, and a leather bridle. Mathoz captured those details and textures beautifully in his version of the Final Fantasy mainstay. 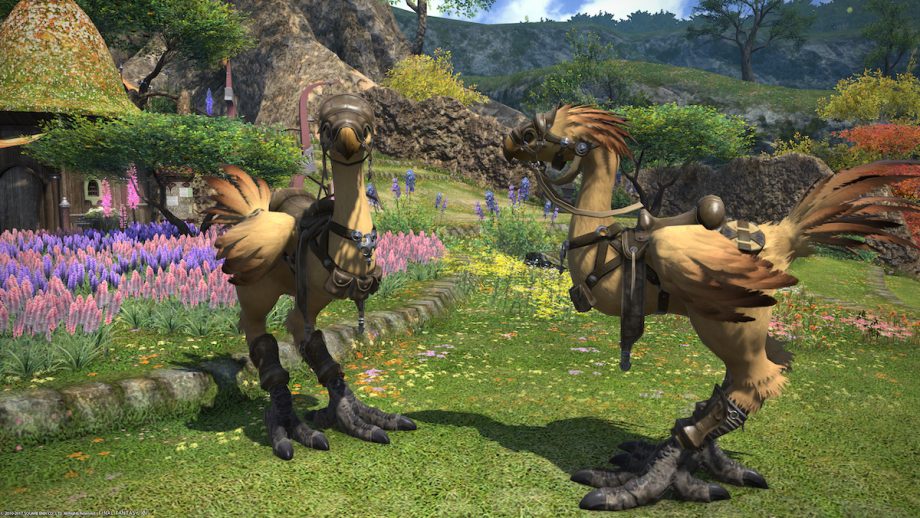 At a quick glance you might not be able to see Mathoz in his costume. Look a little harder and you’ll see the brilliance behind the design. The plush costume is adorned with large feathers made from craft foam and hand-painted one by one. It took the artist months of work.

And as incredible as the photo of Mathoz’s creation is, just wait until you see it in motion.

The chocobo blinks. We want to reach out and pet it, too.

If you’re curious about the process behind the costume, take a look through Mathoz’s Instagram account for a few making-of photos and how he put it all together. (Spoiler: feathers. Lots of feathers.) You’ll also be treated to his other artwork, detailed clay sculptures, and more amazing cosplay like this General Grievous. For an even deeper dive into the creation process, take a look at the livestreamed crafting videos on his Twitch channel to see how it was all done.