When I was growing up television and movies taught me a lot about school field trips. Mainly that they never went smoothly. At a museum, an entire dinosaur skeleton was sure to fall down when you gently bumped into it. Any journey to the big city meant a student getting lost on a train. And no matter where you went, somebody was getting their head stuck in something. (And it would only be freed in a hilarious manner.) But not only did pop culture steer me wrong about the dangers of field trips, it missed the part where something truly amazing can happen during them. Like how students in New Zealand found a fossil for an entirely new species of giant penguins.

The Journal of Vertebrate Paleontology has announced a fossil found by New Zealand school children on a field trip is that of a never-before-seen giant fossilized penguin. Researchers at Massey University and Connecticut’s Bruce Museum analyzed the fossil bones using 3D scanning as part of their investigation. They compared it to other known fossils to determine it was an entirely new find. And it’s a big find both physically and metaphorically. 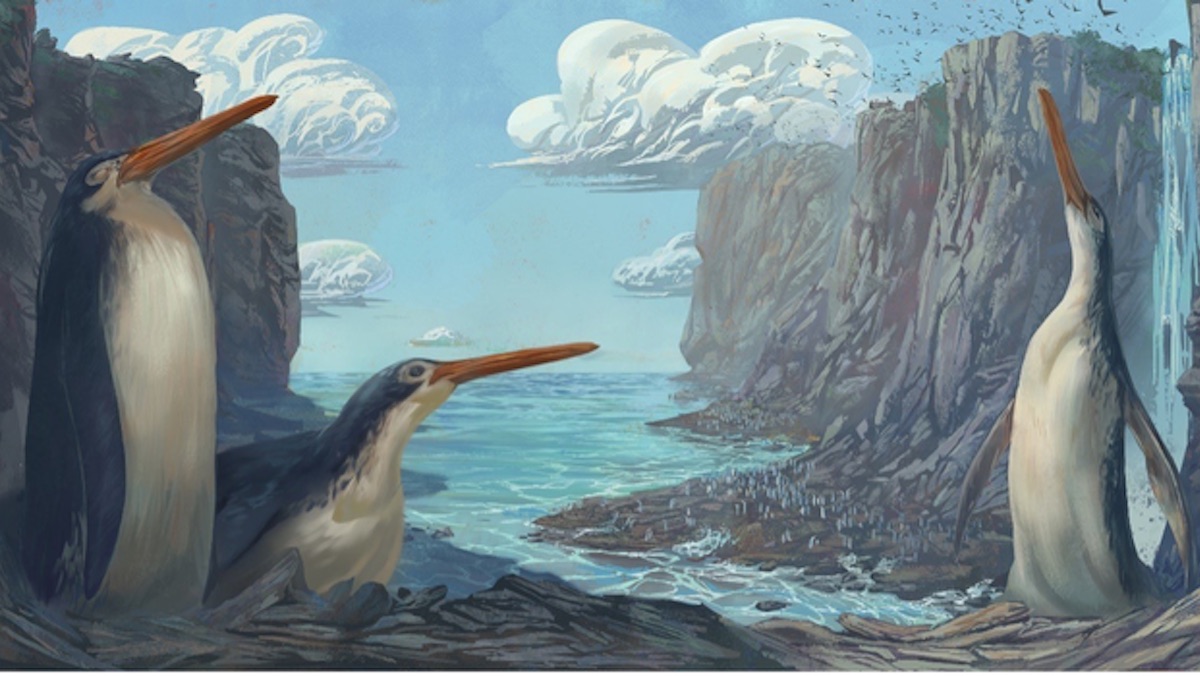 The kids responsible for the discovery (which we first learned about at Smithsonian Magazine) are no longer kids though. The students found the fossil during a 2006 field trip for their Hamilton Junior Naturalist Club. The group was out fossil hunting in Kawhia Harbour. There they found the fossilized bones of a bird in a piece of sandstone. An incredible find on its own. But they now know is just how incredible it was. Those bones are between 27.3 and 34.6 million years old. Dating it back to a time when most of the area was underwater. And also to a time that changes what scientists know about the history of penguins in the region.

The large penguin is like that of the Kairuku giant penguins. Only with much longer legs. That’s where it gets its name Kairuku waewaeroa. It means “long legs.” And those stretched-out limbs made this one big bird. A bird you would not want to meet in a dark alley. This giant penguin might have stood as tall as 1.4-meters. That’s nearly four feet, six inches.

“It’s sort of surreal to know that a discovery we made as kids so many years ago is contributing to academia today,” said Steffan Safey in a statement. He was 13 when his school club found the fossils. “And it’s a new species, even! The existence of giant penguins in New Zealand is scarcely known, so it’s really great to know that the community is continuing to study and learn more about them. Clearly, the day spent cutting it out of the sandstone was well spent!”

Clearly indeed! But just in case anyone goes to the Waikato Museum to see the students’ find be careful around those bones. I now know school field trips can be incredible. But a lifetime of worry makes me think you could easily knock them over.