Michael Schur has a magic touch when it comes to making television. The Office writer and producer created Parks and Recreation, Brooklyn Nine-Nine, and The Good Place. Now he’s set to bring some real magic to the small screen. He’s bringing a Field of Dreams TV series to Peacock. With anyone else at the helm we’d be skeptical about the chances of successfully adapting a beloved movie (itself adapted from a beloved novel) to TV. If anyone can pull it off, though, it’s a huge baseball fan responsible for some of our all-time favorite shows.

Obviously he doesn’t need our advice on how to make a TV show. But, as loyal fans of the film and book, there are some things we hope to see from the series—along with a few things we don’t want to. These are the thing we wish come true from the new Field of Dreams. 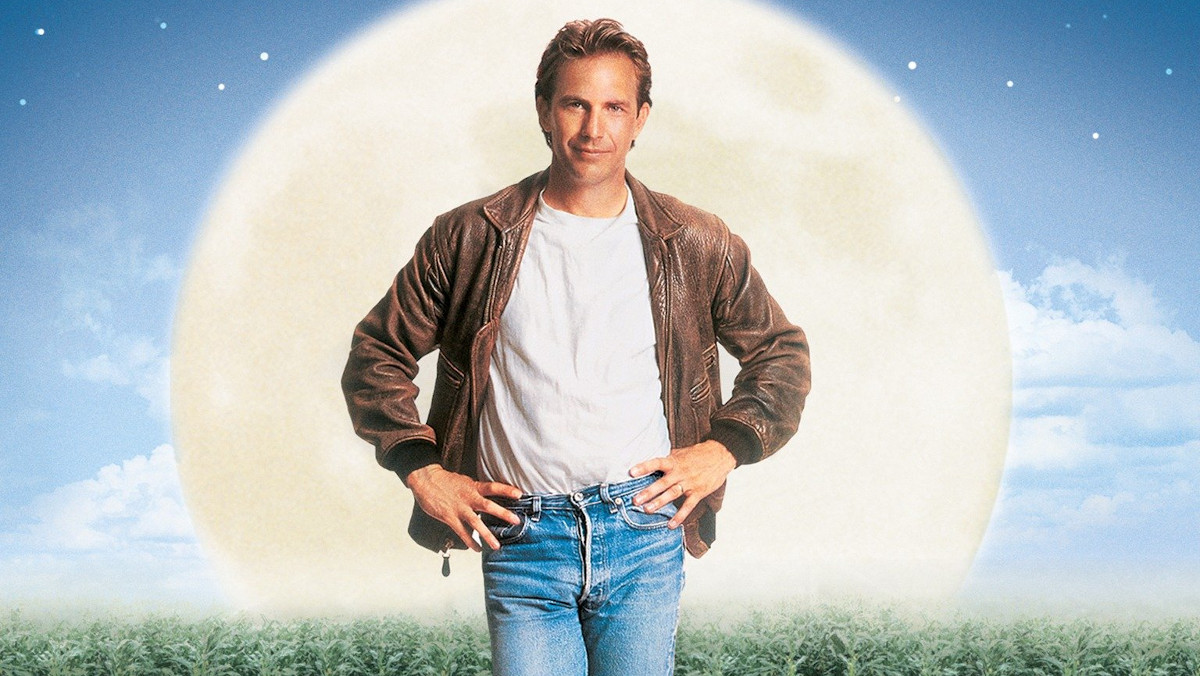 Bring Back the Best Character Missing from the Movie

Field of Dreams not only captures the spirit, tone, and feel of author W. P. Kinsella’s beautiful novel Shoeless Joe, it’s also a faithful adaptation. But it’s not a complete reproduction of the book’s story. Some elements are missing or changed. Ray’s identical twin brother Richard didn’t make the cut to the script. And, famously, the novel’s J.D. Salinger (based on the real writer) became James Earl Jones’s fictional Terence Mann. 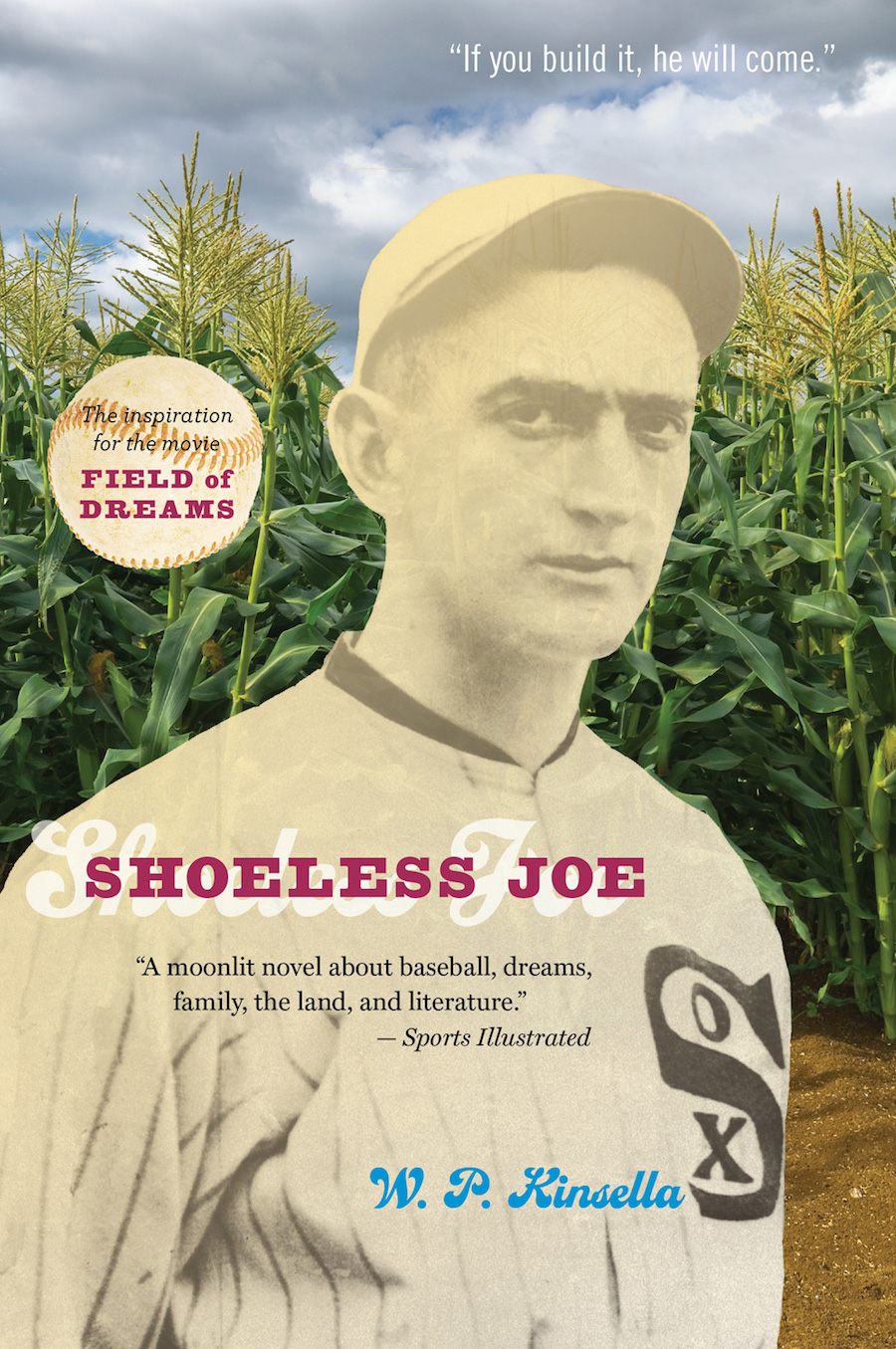 But the movie’s biggest omission is a memorable, lovable, sad character named Eddie Scissons. The local celebrity originally owned the farm Ray turns into a money-losing baseball field. Scissons’ real claim to fame is that he’s the oldest living Chicago Cub. Like everyone whose life is touched by that magical diamond, he too has his own unfulfilled hopes.

We don’t want to give away what his dreams are, we’d rather you read the book or find out from the show. (If you do search his name you’ll instantly know what his real story is. There’s an entire syndrome named for him.) But his presence and story are an important element of the book. Unfortunately, it made sense to leave him out of the movie. That won’t be a problem with a TV series. 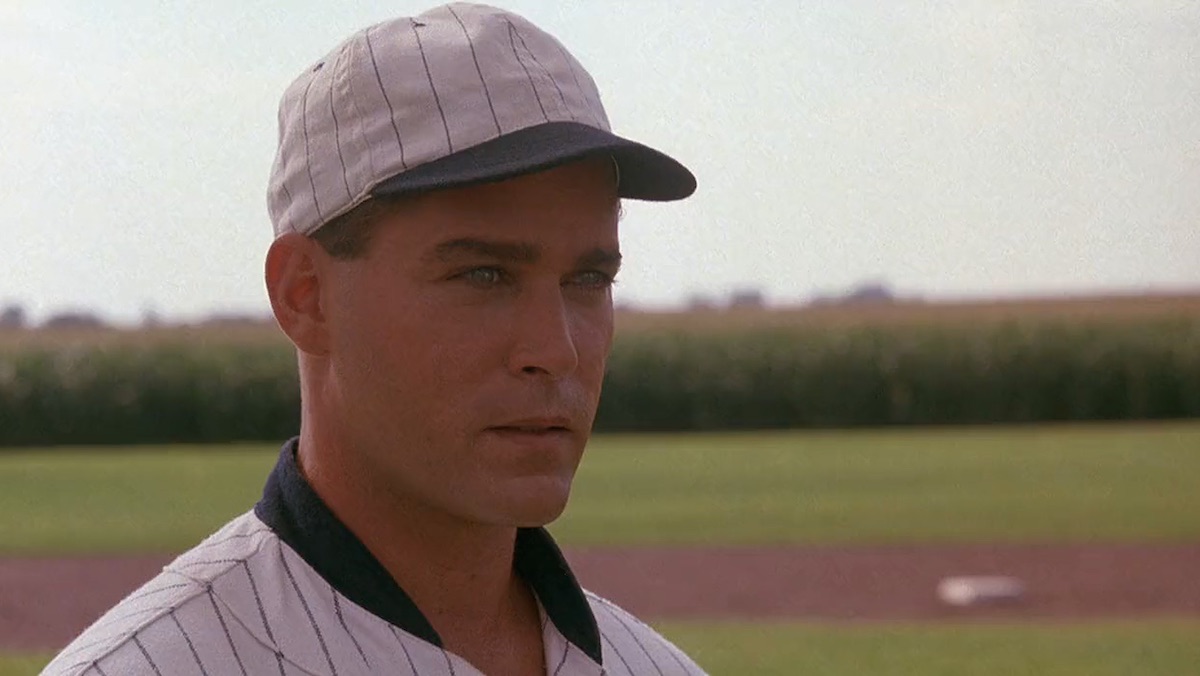 Vocal Red Sox fan and avowed Yankee hater (and therefore a wicked good person) Mike Schur knows the game of baseball and its history. That history is a major part of Field of Dreams. One of the darkest stains on the game is the 1919 Black Sox scandal that got Shoeless Joe Jackson and seven teammates banned from the MLB for life. Those Chicago White Sox players conspired, or knew of plans, to throw the World Series. Which the team did, losing in eight (out of nine) games to the Cincinnati Reds.

For a long time, their story was framed by Eliot Asinof’s book Eight Men Out and its movie adaptation. Both iterations presented the ball players more like tragic figures than dishonest cheaters. As though most of them were passive victims in an event where the real villains could be found in the owner’s box and in gamblers dens where cutthroat criminals played with peoples’ lives. Field of Dreams took a similar bent with the group’s most famous member, Shoeless Joe. Ray tells his daughter that while Jackson took money, he never threw any games.

And all of it is a lie. (Jackson performed badly in the games the team tried to lose. Even if he had played honestly, though, by taking the money he made it easier for other players to lose intentionally.) Modern historians have found massive flaws, falsehoods, and outright fabrications in Asinof’s account. The players concocted and carried the scheme out of greed. Their actions and their actions alone threatened the very existence of professional baseball.

If their ghosts ever show up on a baseball field in Iowa, they won’t be sympathetic figures robbed of the chance to play the game they loved. They’ll be complex men searching for redemption. That’s not only a more interesting story, it’s a more honest one. And it’s a story that deserves to finally be told correctly.

Introduce More Players and Their Stories

The entire scheme was only possible because two starting pitchers, Eddie Cicotte and Lefty Williams, agreed to the plan. But first baseman Chick Gandil was the ringleader among the players. He forever changed the game and the lives of his teammates. And third baseman Buck Weaver was the only one of the eight to be suspended despite not taking a dime or ever playing to lose. His crime was sitting in on the meeting and not reporting it to the team’s owner or league officials. He spent the rest of his life trying to get reinstated while clearing his name. It never happened. His loyalty to teammates doomed him to be remembered as the only true sympathetic figure of the Black Sox Scandal. What would it be like for him to walk onto Ray Kinsella’s farm?

The Black Sox aren’t the only former ballplayers who would find something from Ray’s field either. They weren’t the first players to throw games—and probably not the last. Others have also earned lifetime bans from MLB, for a myriad of reasons. And entire generations never even got the chance to play because of baseball’s racial barriers. Many worthy Black players, including some of the greatest athletes the sport ever produced, never stepped onto a Major League Baseball field. A TV show would provide plenty of opportunities to explore the stories of other players who died with unfulfilled dreams of playing professional baseball at the highest level.

Don’t Make the Setting too Modern

“A magical baseball diamond in Iowa where ghost players manifest from a corn field” is a very different premise in a world with smartphones versus a world without them. Same is true for a world with social media or not. The field Ray creates is also special because people find it on their own. Not because it became a viral story that got 24-hour cable news coverage.

That’s not to say Field of Dreams can’t be updated to the modern day. Nor that there’s nothing to gain from setting the show in the modern world. It just needs to find the right balance so it doesn’t tie the story too closely to the era it’s set in. It should have a timeless feel, the way the movie does despite being clearly set in the ’80s. There’s an easy way to do this too. In the film most people can’t even see the players. Why should a smartphone even be able to record them? And with the short attention spans of modern news outlets and its customers, Ray’s seemingly bizarre decision to build a baseball stadium can quickly become a national story without remaining one. 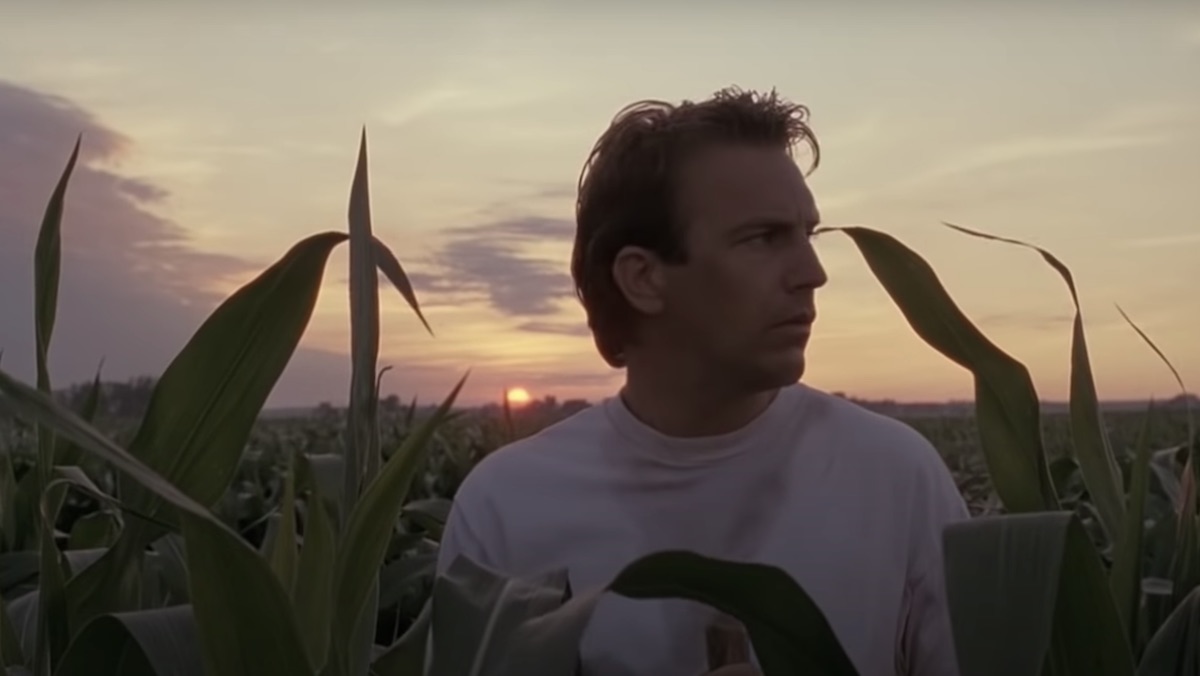 W.P. Kinsella’s Shoeless Joe isn’t religious. Not unless you’re a sports fan who thinks baseball is a religion. But it is spiritual. The book’s magical realism and Kinsella’s prose creates an otherworldly feel, as though this field in Iowa really does exist somewhere between this life and Heaven. A big reason the movie works is because it managed to perfectly capture that mystical aspect of the book.

Director Phil Alden Robinson did that by frequently filming during what’s known as “The Magic Hour” at dusk or dawn. During those moments the rising or falling sun’s rays paint the sky with beautiful soft colors. Sometimes known as the “Golden Hour,” those brief moments can turn an otherwise normal scene into something special. Like a living painting. They transform the mundane into something both supernatural and inviting. It’s how a strange whisper in the wind makes a man build a baseball field instead of running away in terror. It’s when a ghost can appear and you shake its hand instead of trembling in terror.

The feel of Shoeless Joe and the aesthetic of Field of Dreams are vital to making each memorable. We hope the TV series finds its own way to capture that ethereal element that’s as much a part of the story as any character. 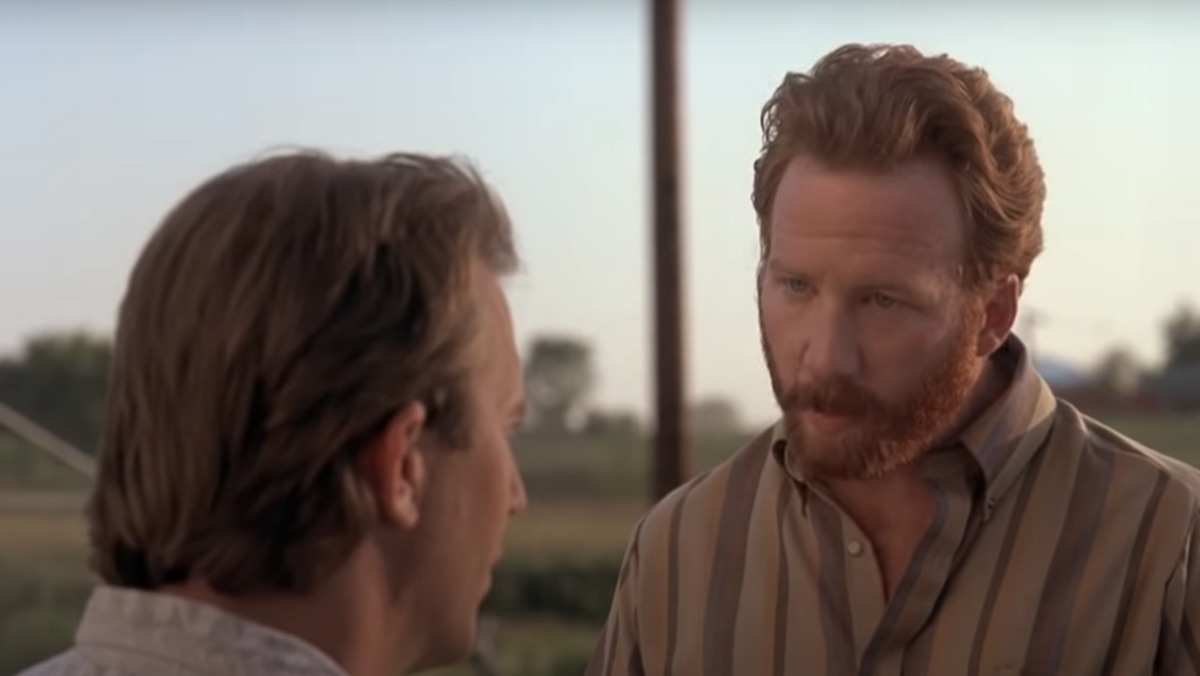 We’re not alone in loving everything about Field of Dreams. But not everyone agrees with us. The film has detractors who feel just as strongly. And that’s okay. Not everything has to be for everyone. Especially a story as sentimental as this one. Those types of tales sometimes end up being divisive. They either connect with you or they don’t.

But the show shouldn’t try to convert those people either. Field of Dreams and Shoeless Joe are beloved because they are sentimental. This story is about fulfilling dreams long thought lost. It’s about second chances at fixing mistakes that haunt you. About feeling better about the universe and our place in it. It’s even about loving baseball, a game as flawed and sinful as America and all of us. Most importantly, it’s about hope. Pure, uncomplicated hope. The kind that’s not always easy to find.

Backing away from what makes the story so special to so many is an easy way to end up appealing to no one. Make a Field of Dreams TV show for people who love Field of Dreams. If you make it, they will come. And they will watch. (But make sure that, unlike Ray Liotta’s Shoeless Joe, your actor hits lefty like the real Joe Jackson. People aren’t wrong when they complain about that.)

Embrace the Magic of the Story

There’s an easy way to make a show for people who want to love it: Wear the story’s magic like an old baseball glove. Trust in the magic of hard-throwing ghosts and old doctors suddenly young again. Listen to the voice that tells you to ease his pain and go the distance. Look into the corn and know something else is out there, close and yet untouchable but just as real and full of love as anything. Field of Dreams is magical. Embrace that magic like you would your wildest dream.