Fictional Board Games We Wish Were Real - Nerdist

Fictional Board Games We Wish Were Real

There are a lot of awesome games out there, but every now and then TV and movies introduces us to a game that is just too cool to be fake. Whether they are promoting violence, drinking, or the use of cones, these games are tons of fun, and should totally be available in a game store near you.

Slap Bet (How I Met Your Mother) 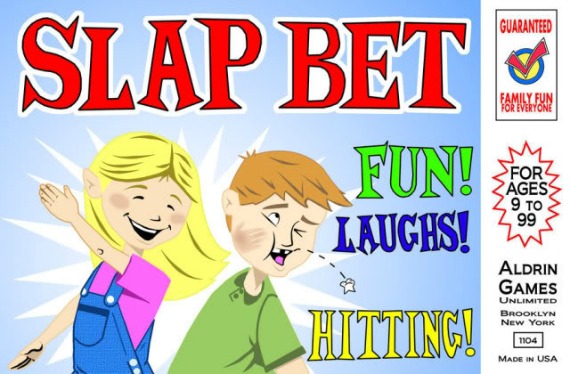 Nothing is more fun than a game based on slapping one another, right? This game, invented by Lily Aldrin’s father, an aspiring board game developer, was inspired after he witnessed a slap bet between Marshall and Barney. While a lot of Daddy Aldrin’s games were a bust (to name a few, Slum Lord and Diseases!), Slap Bet is a winner. A game centered around chance and violence, Slap Bet is fun for the whole family. Even better, the game comes with a catchy song. You can feel free to sing it as a ballad, Marshall-style or as the Slap Bet game jingle. 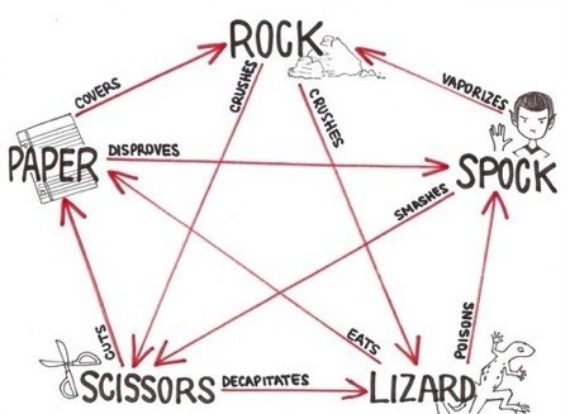 Okay, so really you could feel free to start playing this game right now if you wanted, but it’s crazy complicated. Chances are, you’d have a really hard time finding someone who was down with playing Sheldon’s “expanded” version of Rock, Paper, Scissors. RPSLS is meant to narrow down the amount of times the two participants end up selecting the same weapon. I mean, who among us hasn’t played frustrating rounds of Rock, Paper, Scissors where round after round you both pick rock? Instead of moving from Rock, Paper, Scissors to a more simple form of gaming-style decision making like flipping a coin, Sheldon’s answer to the “we both keep picking rock” problem by adding more variables. Of course, the problem still remains, even in the more complex version (why would you pick anything other than Spock anyway?), but it does bring a bit of zest to a pretty old game.

Marshgammon (How I Met Your Mother) 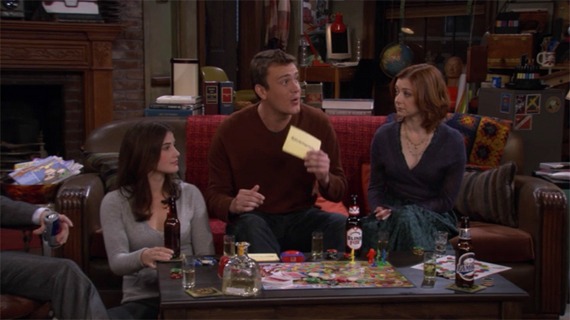 Speaking of complicated games, let’s talk about Marshgammon. Marshgammon, invented by Marshall Eriksen, is a combination of all of the best board games (except for backgammon–according to Marshall the only good part of that game is the name). While on paper the idea of a mashup of awesome board games sounds fantastic, but Marshall managed to merge too many games together. The rules of the game are out of control, and really only understood by Marshall himself. The only parts of the game that are really clear is the rule that you drink whenever someone says “what”, and if you roll a 3 near the enchanted forest you “Marshall out” (all of your chips go in the pot and you start over). Its insanity mixed with a drinking game sounds like an awesome game night to me! 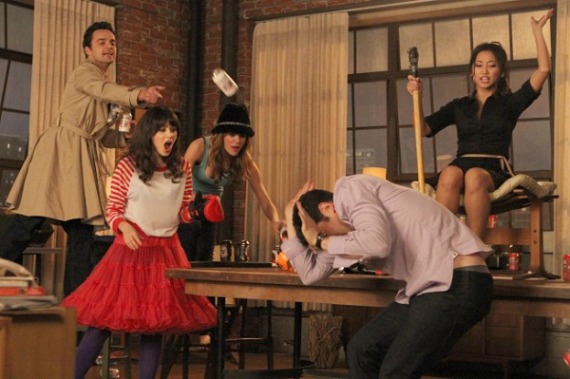 Cones of Dunshire (Parks and Rec) 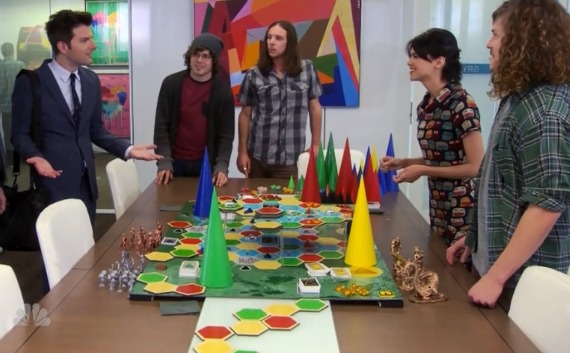 No list of fictitious board games is complete without including Cones–the perfect combination of luck and strategy. The result of Ben Wyatt’s bout with extreme boredom as he found himself between jobs, Cones of Dunshire is a classic tabletop game with a Settlers of Catan feel to it. Though you mustn’t ever forget the essence of the game–it’s about the cones. While this game, like most of the games on our list, is quite complicated and isn’t thoroughly explained on the show, it’s become somewhat of a legendary game among Parks and Rec fans. While it isn’t available to buy at your local game store (yet anyway!!!), the makers of Catan, Mayfair Games, actually did make a playable Cones of Dunshire game for last year’s GenCon. So maybe someday we, too, can explore the magical land of Dunshire.

What are some of your favorite fake games from movies and TV that you wish were real? Let me know in the comments!