Feel Like A Phoenix When You Buy One, Give One to Charity - Nerdist

Feel Like A Phoenix When You Buy One, Give One to Charity

Most tabletop role-playing games are centered around the players acting as heroes in an unjust world (or, perhaps, scoundrels with hearts of gold). This desire to do good often carries over into real life: livestreams that support charities like Extra Life, sites like the Bundle of Holding that offer great deals on PDFs with proceeds going to charity and even our own efforts to raise money on International Tabletop Day. Now, Twogether Studios is offering its own chance to let players give back through the Buy One, Give One program through July 5th. 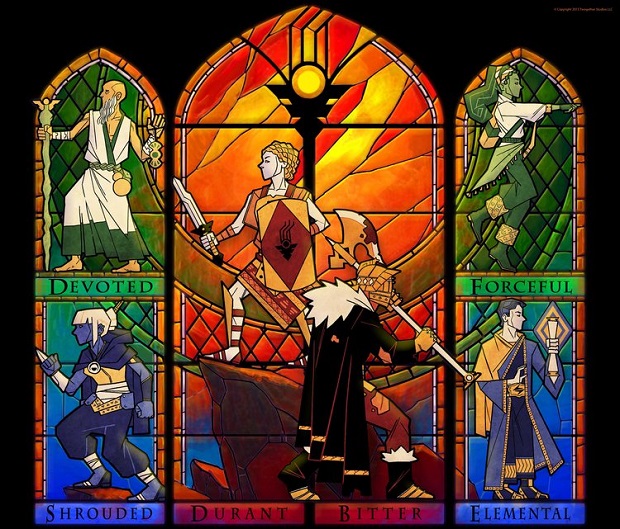 Keith Baker, one of the design leads on Phoenix: Dawn Command, has worked on several other game systems such as Dungeons & Dragons and Fantasy AGE. Some of the most touching and inspiring fan letters about his work have come from the men and women stationed in active combat zones. It’s a stressful life that they lead, and one way to relieve that tension for a little while comes from playing games while off-duty.

Twogether Studios has teamed up with Stackup.org to get copies of their game into the hands of soldiers. This organization helps military personnel in a few ways. They send care packages full of games and other nerdy equipment to military bases, military hospitals and troops overseas. They arrange for veterans to attend video game events. They also work with returning soldiers to ease their transition back into civilian life. 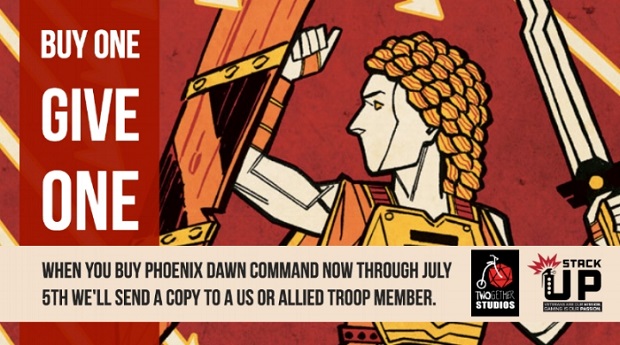 This program, called Buy One Give One, works simply. From now until July 5th, anyone who buys a copy of the game will have their purchase matched by Twogether Studios to donate to the charity. Every time a copy of the game goes out to a fan, another copy will be sent to a soldier as part of a care package. Purchases from Amazon, the website or your Friendly Local Game Store are eligible for the donation.

Have you played a game for charity? Share your tips with tackling this challenge in the comments! And be sure to tune into Starter Kit to learn to get into Phoenix Dawn Command yourself – you can catch the show exclusively on  ProjectAlpha.com with a free 60-day trial using the code “Phoenix”.