A Comparison of the Fastest Things in the Universe - Nerdist

A Comparison of the Fastest Things in the Universe

While it’s difficult to say for sure who the fastest superhero is—there are plenty of challengers to The Flash—determining the fastest IRL humans, or the fastest anything else for that matter, is simple. YouTuber and 3D animator, MetaBallStudios (MBS), performs one such determination in one of his latest videos comparing all of the fastest things in the universe. And they don’t place the way you think they would.

MBS recently posted the video to his channel, noting it compares the slowest to fastest objects in the universe. A random comparison to be sure, although exactly the kind the animator loves to produce. Just as a note, the video shows speeds using the metric system. MBS—a Spanish animator named Alvaro Gracia Montoya—has previously compared the sizes of Earth’s islands. As well as pretty much every dragon you could ever think of.

In this comparison the animator gives us insight into speed by beginning with the slowest things in existence. The video slows all the way down to limestone stalactite growth, which moves at a speed of—wait 100,000,000 years for it—.00000000001 km/hour. That means that, per hour, limestone stalactites only grow the equivalent length of a water molecule’s width. 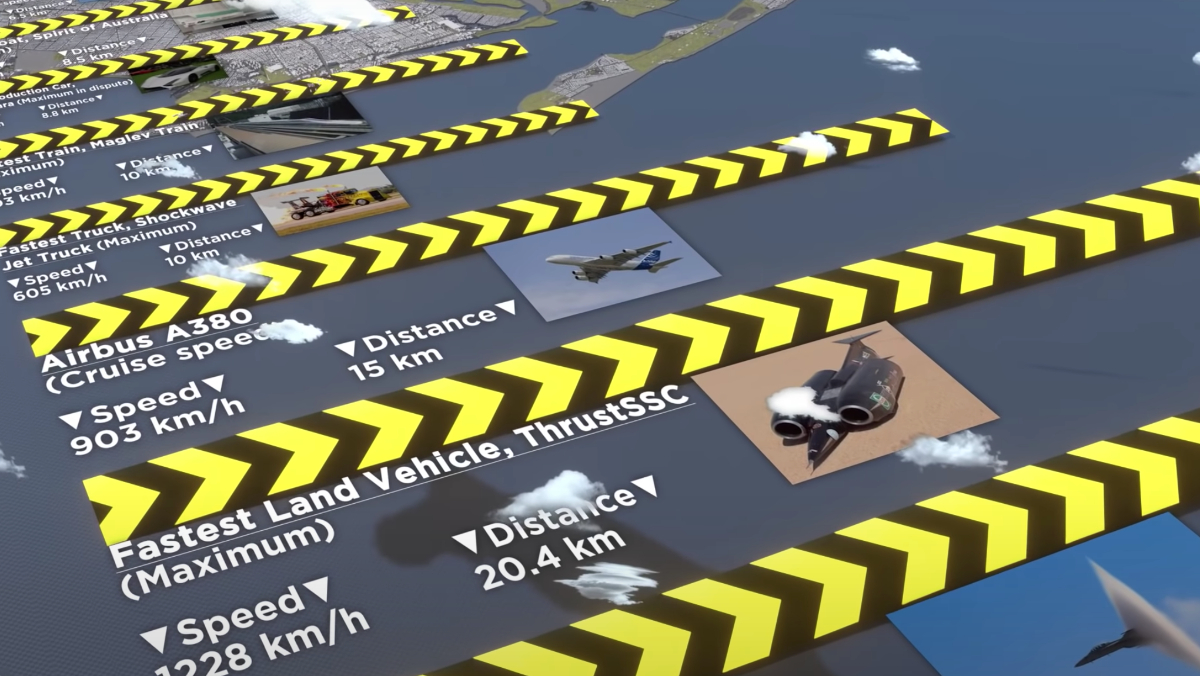 After zooming out from the slowest things, MBS rapidly accelerates into the fastest. He flies past everything from an elephant’s top speed (40 km/hour) to the fastest land vehicle (1,228 km/hour) to the Parker Solar Probe (530,000 km/hour). The video finally ends with, of course, the speed of light at 1,079,253,000 km/hour; literally the speed limit of the universe thanks to massless photons.

Perhaps the coolest aspect of the video, however, comes from noting surprises in the lineup. Usain Bolt, for example, can beat an elephant’s top speed by 4.7 km/hour. And an SR-71 Blackbird—a supersonic jet—can outrun an AK-47’s bullet at 2,574 km/hour. Which goes to show us all that the speed of things is relative. Literally. 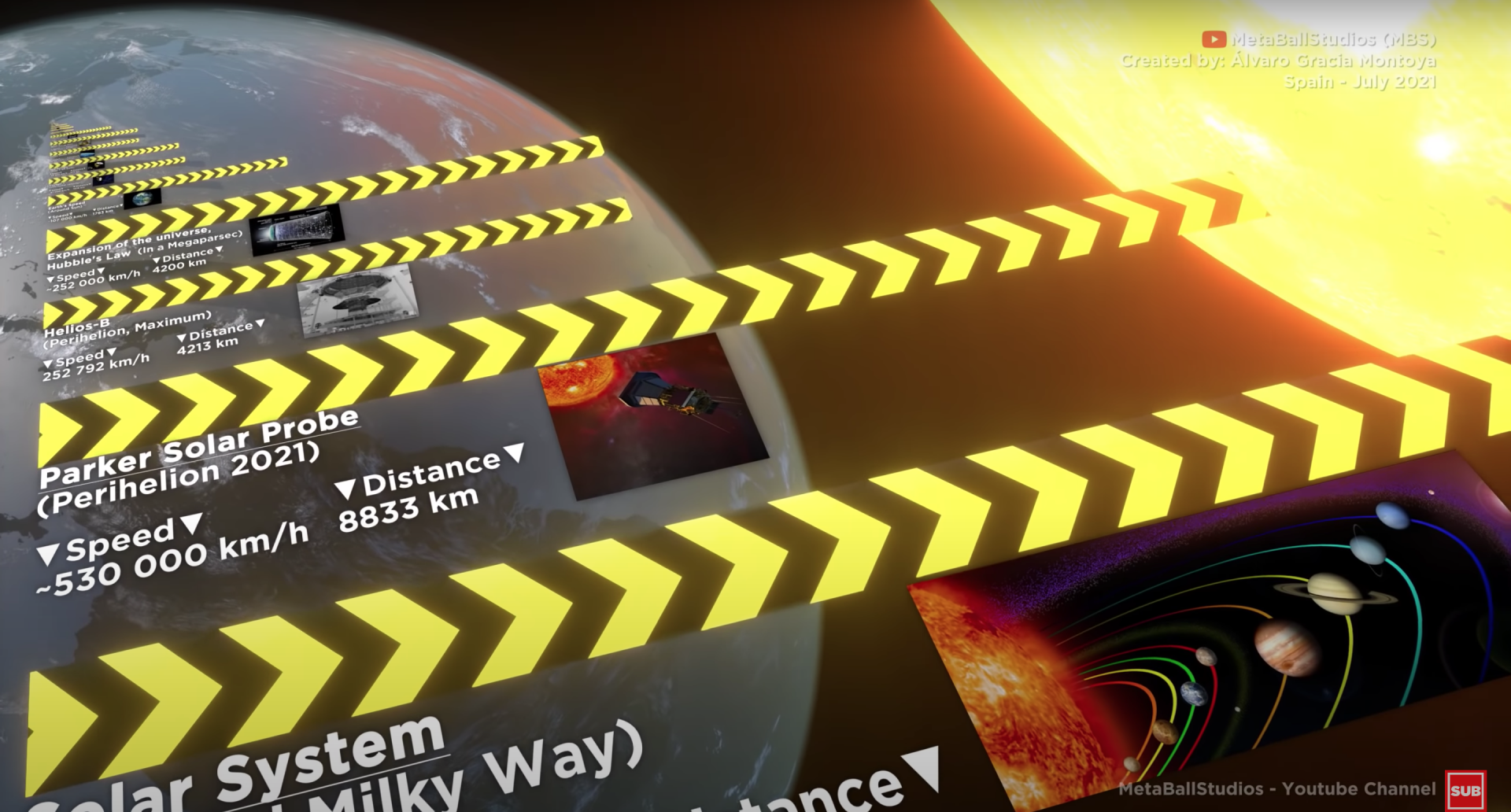