Over 30 years ago, DC Comics pulled off a rather radical stunt. They decided to leave the fate of the second Robin, Jason Todd, up to the fans. After having the Joker beat the boy mercilessly, DC invited fans to call an 800 number and let editorial know whether or not they wanted Todd to live or die. The inheritor of the mantle of Boy Wonder was not as loved as Dick Grayson, who had moved on to becoming Nightwing; thus, the bloodthirsty fans chose for Jason to die (in the story appropriately called A Death in the Family). Warner Brothers Animation and DC are now revisiting that infamous gimmick, with a new interactive animated film adaptation of Batman: Death in the Family.

The trailer, which debuted via IGN, shows this movie’s unique interactive choose-your-own-adventure version of the seminal Batman story. This version will be done in the same style and with the same voice actors who played the roles in the excellent animated film Batman: Under the Red Hood.

Under the Red Hood was a direct follow-up to the events that led to Jason Todd’s demise. Returning voice actors include Bruce Greenwood as Batman, Vincent Martella as Jason Todd, and John DiMaggio as the Joker. The cast will also ad Zehra Fazal (Young Justice) as Talia al Ghul and Gary Cole (Veep) as both Two-Face and Commissioner Gordon. 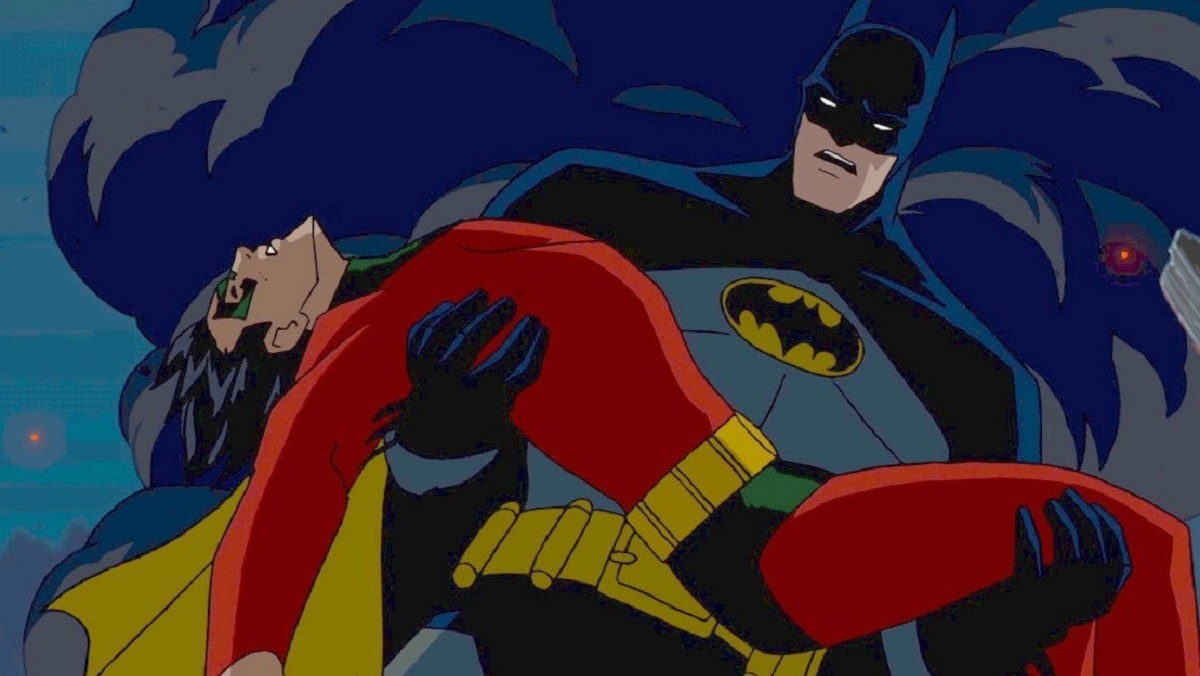 If the trailer is any indication, Jason’s fate will differ wildly from that seen in the comic. In one scene, we see Jason decked out in the heroic identity of Red Robin—the third Robin, Tim Drake, used that name for some time—but in the comics, Jason never assumed that mantle. Jason takes on the guise of the villainous Hush as well. All of these twists and turns have us very intrigued indeed.

DC Showcase – Batman: Death in the Family will debut on Blu-ray and Digital HD on September 8.