How FALLOUT 76 is Changing the Game (Hands-On Preview) - Nerdist

How FALLOUT 76 is Changing the Game (Hands-On Preview)

Is FalloutÂ still just as fun if you’re no longer the LoneÂ Wanderer?Â Bethesda doesn’t want to set the world on fire, but they are literally changing the game withÂ Fallout 76, the first multiplayer entry in the long-running sci-fi role-playing game series. The hotly anticipated game comes out on November 14, but Nerdist went hands-on with the game at a recent press event in West Virginia where we put the post-apocalyptic prequel through its paces. So how exactly does the addition of multiplayer alter the fundamentalÂ FalloutÂ experience?Â Join host Jessica Chobot to get the inside scoop on what to expect fromÂ Fallout 76 on a brand new episode ofÂ Nerdist News Edition.[brightcove video_id=”5848172059001″ brightcove_account_id=”3653334524001″ brightcove_player_id=â€œrJs2ZD8xâ€]Friendship and cooperation are the name of the game inÂ Fallout 76. Gone are the days of relying on NPCs to ask you repeatedly about the hunt for those tapes or warn you that a settlement needs your help. Now you’ll rely on your fellow humans to brave the horrors of the Wasteland instead. If that doesn’t sound up your alley, then…too bad. As Bethesda told Nerdist, multiplayer is far and away their most requested feature from fans.Fallout 76 isn’t just going to be another multiplayer shooter, though. “It’sÂ FalloutÂ with your friends,” Bethesda toldÂ Nerdist. You and up to three others can form parties to roam around the nuclear hellscape together, killing monsters, conquering quests, and building up massive settlements. And thankfully there’s no friendly fire to worry about, so you can relax, Kyle Hill. For now. 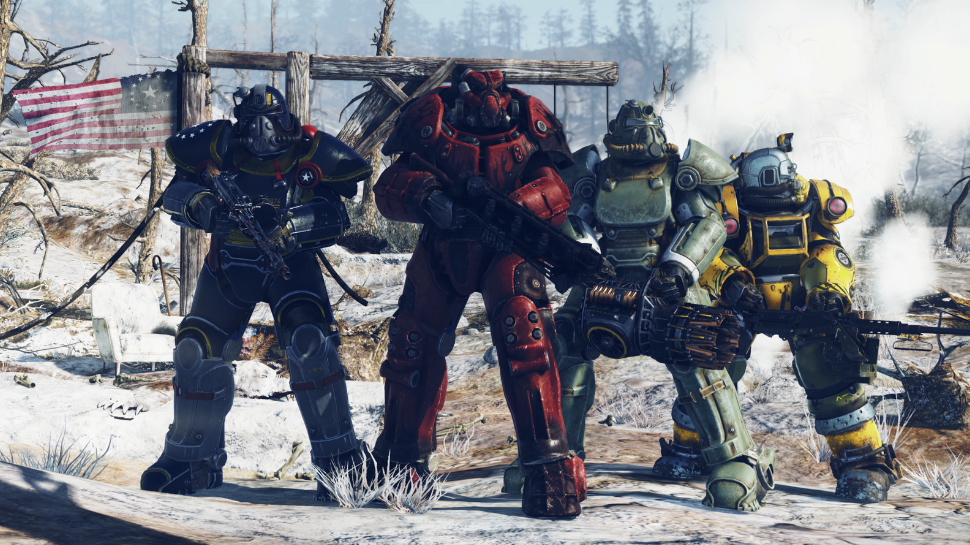 Speaking of shooting your enemies, V.A.T.S. (Vault-Tec Assisted Targeting Sytem) is still in the game, but it no longer slows down time like you’re Neo inÂ The Matrix. Now, V.A.T.S. happens in real-time, allowing you to pop off super accurate shots on the fly. It’s a skill you’ll definitely need considering West Virginia is teeming with all sorts of monsters, familiar and brand-new. (One word: Mothman)But, as we all know, the real monsters are our fellow players. Thankfully, Bethesda has implemented anti-griefing countermeasures to ensure your time in the Wasteland isn’t entirely unpleasant. If you’re worried about grade-A jerks raining on your irradiated parade, then you can breathe a sigh of relief knowing that you begin the game in pacifist mode. This means that until level 5, it is impossible to engage in player vs. player combat. 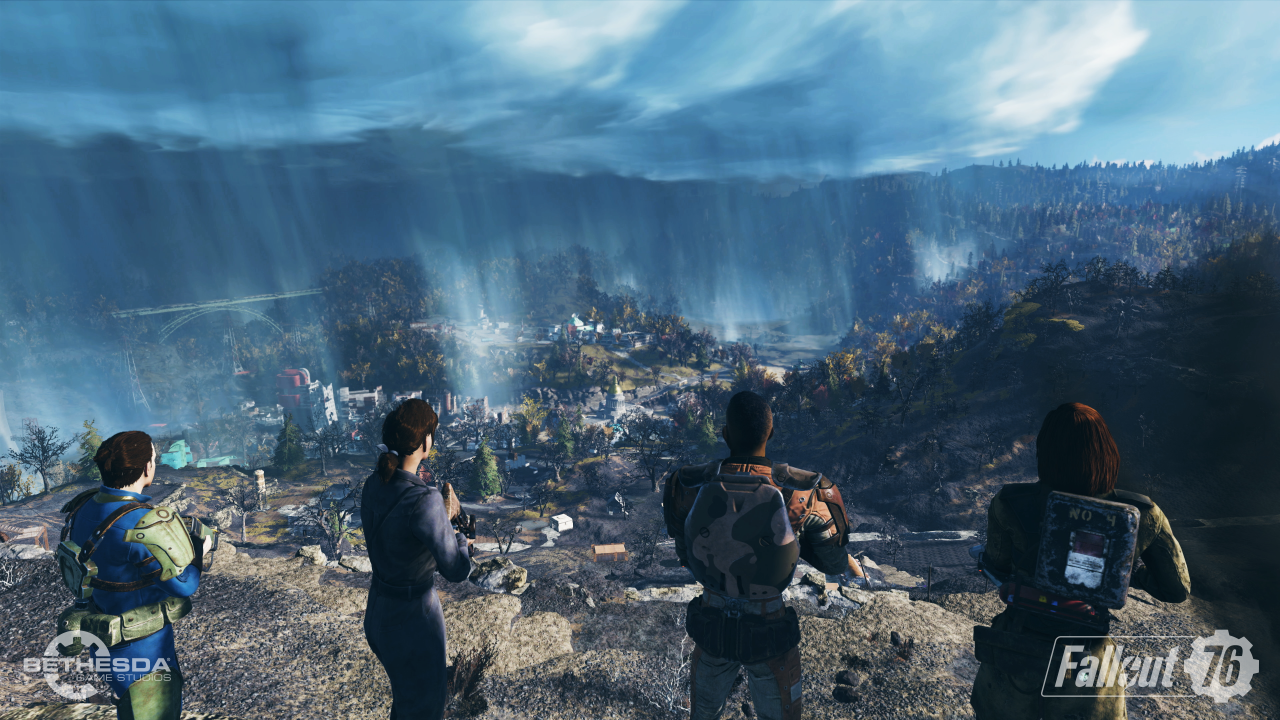 READ: WhyÂ Fallout 76 Made the Leap to Multiplayer

If you do find yourself being killed over and over again by a stranger–especially when you don’t want anything to do with PVP–then the game has ways to help protect you. If you kill innocent players (i.e. ones that aren’t flagged for PVP), you will be marked as a murderer and a bounty will be placed on your head, incentivizing other players to hunt you down. If they do catch you and gun you down, the bounty will come out ofÂ yourÂ pocket.Bethesda understands that no matter how hard they try to push multiplayer on us, some of us are still lone wolves at heart. You can play the game solo if you so choose. There is a main story to the game, which you can complete all by your lonesome, that involves you trying to find nuclear silos and make the wastes of West Virginia habitable once more for you and your fellow man. Instead of receiving quests from NPCs and talking to them to advance the narrative, the story unfolds through various holotapes and computer terminals. Don’t worry if you’re aÂ FalloutÂ purist, though.Â Fallout 76Â is not replacingÂ Fallout 5. Bethesda told us that this is an entirely separate entry from the next big single-player entry in the fan-favorite series. But come on — are our fellow meatbags really that much worse than Dogmeat? (The answer is yes. No one is as good as Dogmeat. No one.)What do you think ofÂ Fallout 76? Will you be playing on day one? Let us know in the comments below.