A Factory Malfunction Made It "Snow" Chocolate in Switzerland - Nerdist

A Factory Malfunction Made It “Snow” Chocolate in Switzerland

On HBO’s The Leftovers, a mysterious Rapture-like event saw citizens mysteriously vanish all over the world. But one city in America—Jarden, Texas—somehow managed to avoid this fate, and as a result, the city became known as “Miracle.” That’s all we can think about after hearing about what happened to one town in Switzerland recently. A ventilation problem at a Lindt factory in Switzerland caused it to “snow” chocolate. And in 2020, that counts as a miracle.

The Independent reported on Homer Simpson‘s literal dream come true, an event that is the antithesis of everything else that has happened so far in this miserable year. The Lindt & Spruengli factory in Olten, Switzerland had a ventilation malfunction. The problem was a defect in a line for the cooling ventilation of roasted “cocoa nibs”—those are the particles of crushed cocoa beans that are the basis of chocolate.

But the building didn’t melt down; instead, the best possible outcome came true. With some help from strong winds, the town got a dusting of fine chocolate particles. Yeah, it actually “snowed” chocolate. 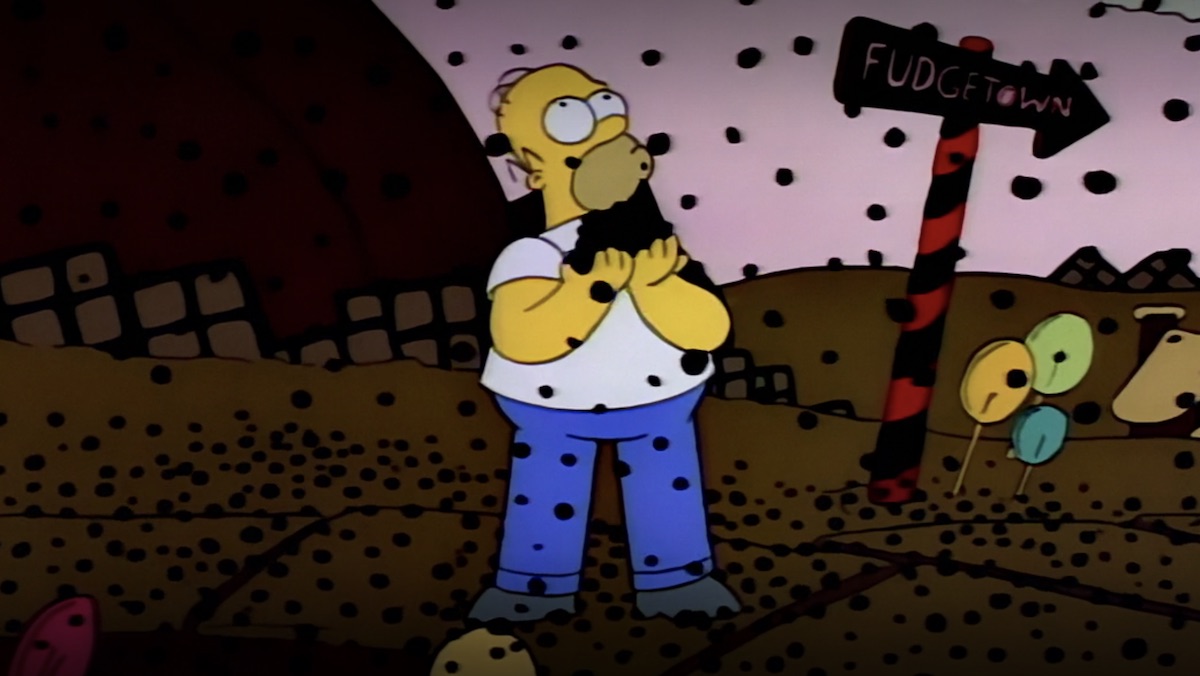 The damage was delicious, but not extensive. One car was reportedly covered by the sweet precipitation—a situation that the company has offered to pay for. And Lindt says that all of the chocolate that did fall was perfectly safe. (Though it’s likely not advisable to go around licking streets and lampposts. You probably shouldn’t do that even if we weren’t in the middle of a global pandemic.)

Just as amazing is that the ventilation/snowing problem didn’t shut down the factory. It was able to continue production as normal. The only bad news is that the issue has since been fixed, so the good people of Olten, Switzerland shouldn’t expect chocolate to fall from the sky again any time soon.

But just like Jarden, Texas on The Leftovers, they will always have that one special day that felt like a miracle.