Everything You Need to Know About Sony's Marvel Universe - Nerdist

Everything You Need to Know About Sony’s Marvel Universe

Sony is making a metric ton of Spider-Man movies…without Spider-Man in them. Here’s everything you need to know about Sony’s Marvel Universe. Spider-Man, Spider-Man, does whatever a spider can — except star in an interconnected universe based on his own supporting characters (of which Sony owns the rights to approximately 900). That is a job for seemingly everyone else who has ever crossed paths with Peter Parker in the comics. As of October 5, 2018 audiences will be entering a bold new chapter in Sony’s tenure as the Spider-Man license holder as the studio launches a Venom solo film that is reportedly 100 percent Spider-Man free. Now you might be saying to yourself, “A Venom movie without Spider-Man? That’s crazier than a movie starring Jared Leto as a vampire.” And it very well may be, but both of those movies are happening, along with several other films set within this Spider-Man-less spider-verse, so let’s take a look at everything Sony has coming down the pipeline.

As a note, this will not include Spider-Man: Into the Spider-Verse or Spider-Man: Far From Home, as both of those movies are considered to be separate entities. Kind of like Kyle Hill and the symbiote posing as his hair. 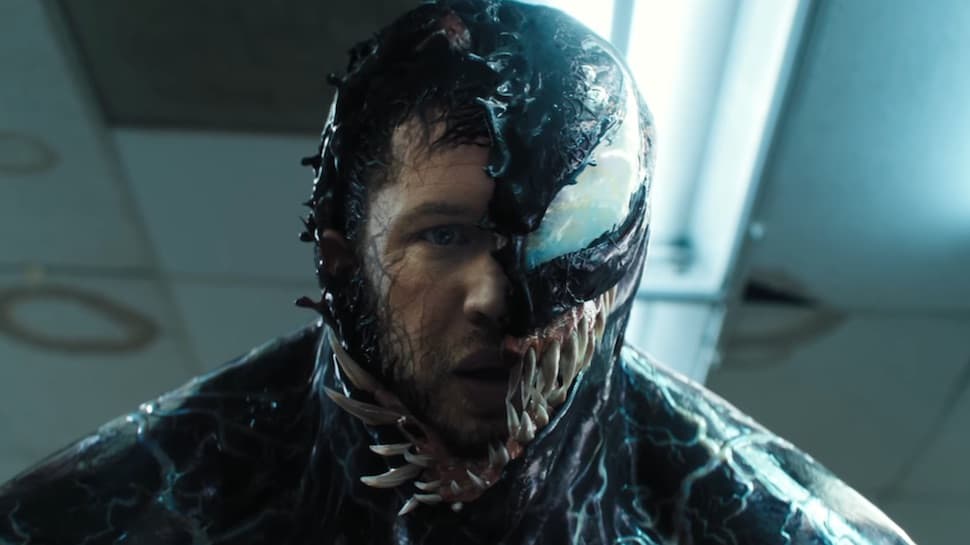 What can I say about Venom that can’t be said in a deeply strange accent by Tom Hardy in the trailer? Directed by Zombieland’s Ruben Fleischer, Venom will pit journalist Eddie Brock against the sinister Life Foundation, a nefarious corporation that has discovered a new alien species and is performing experiments on humans. What follows is a gooey good time as Venom uses his super strength, shapeshifting, and giant tongue to fight Riz Ahmed, throw down in convenience stores, and craft some truly beautiful similes. For everything you need to know about Venom’s villains, click here! 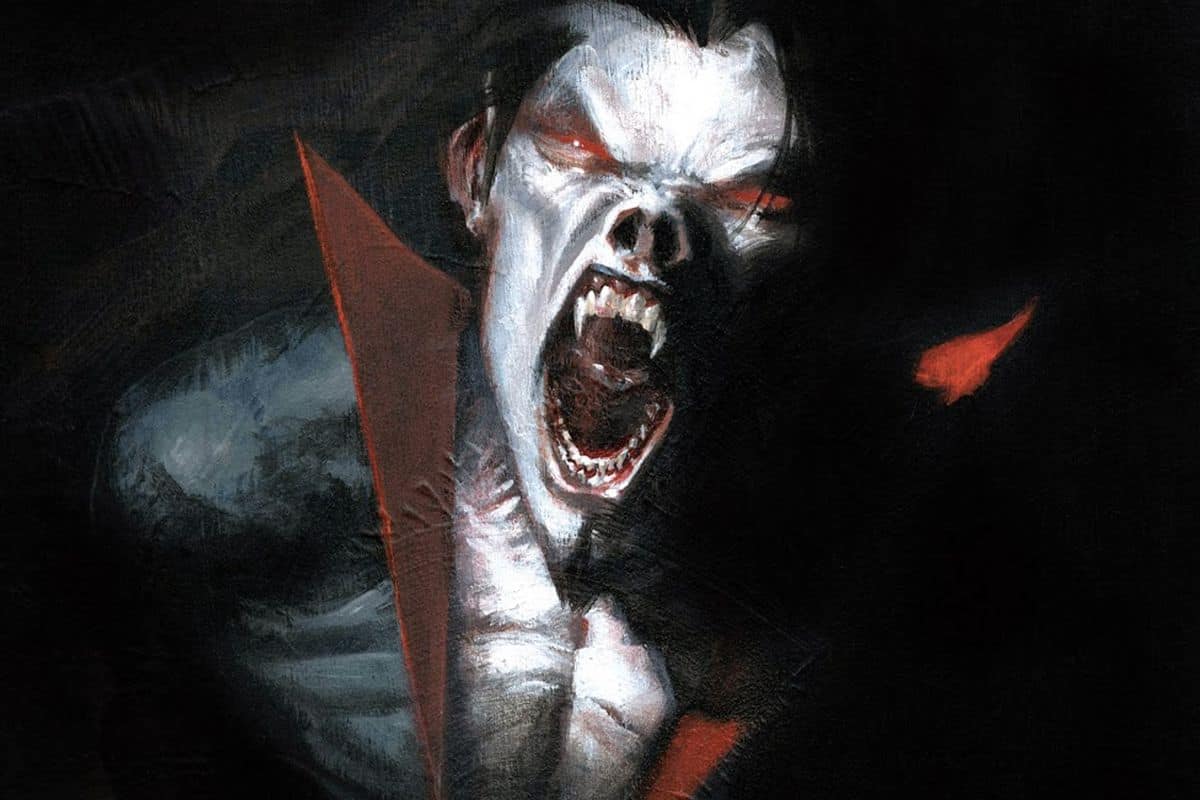 Have you been clamoring for Jared Leto to get yet another starring role in a comic book movie that isn’t Twoicide Squad or a Joker solo film? Well, Sony has you covered with Morbius The Living Vampire. Written by Lost in Space’s Burk Sharpless and Matt Sazama and directed by Safe House’s Daniel Espinosa, Morbius follows the story of Michael Morbius, a biochemist who attempted to cure his rare blood disease by experimenting on himself only to turn himself into a vampire-like creature that must glurp blood to sustain his wretched form. So in other words, yet another role where Jared Leto will just be playing an exaggerated version of himself. 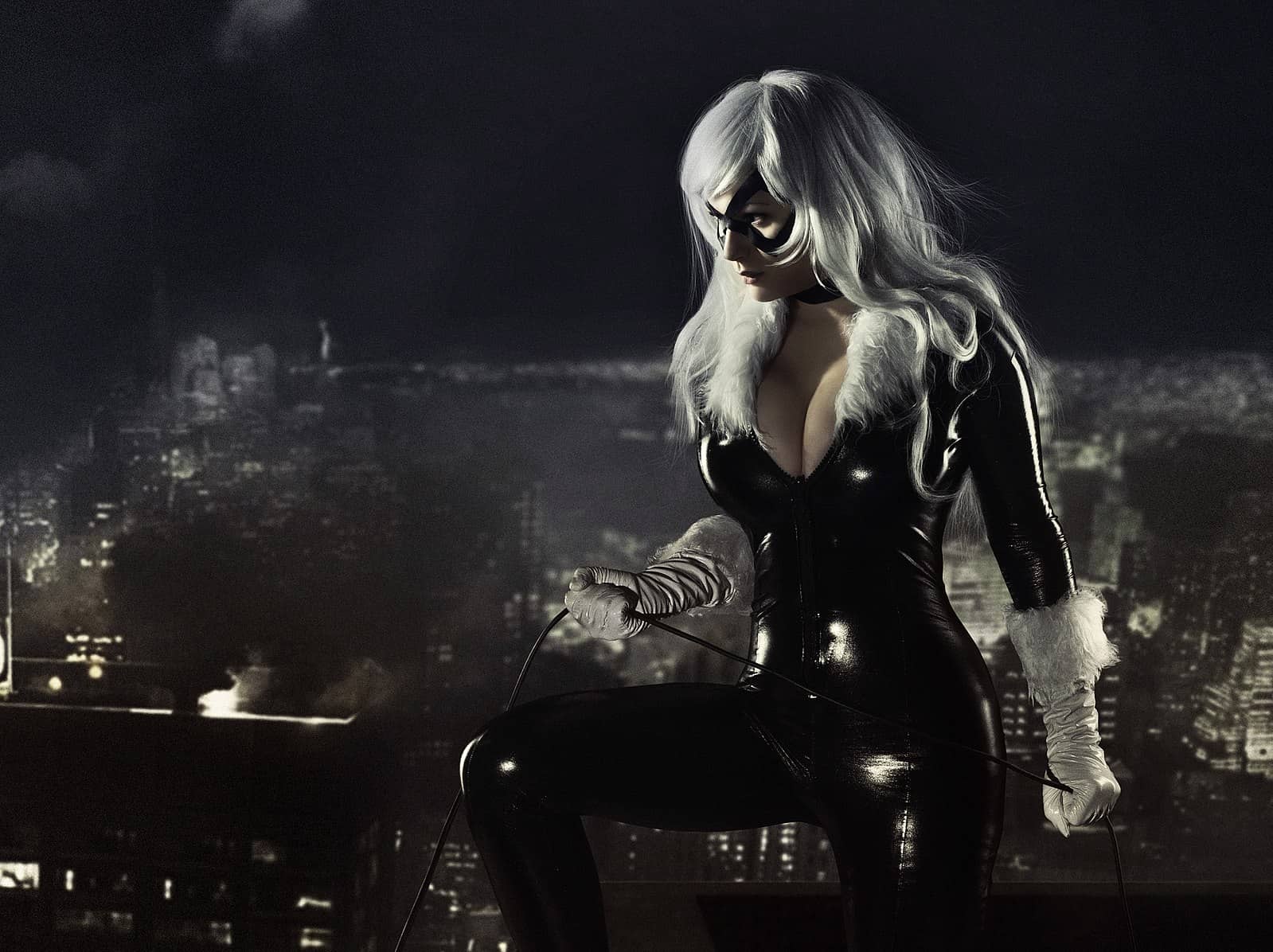 That’s right, everyone’s favorite cat-themed criminal is getting her own solo movie: Catwoman! I mean, Black Cat, a.k.a. Felicia Hardy, the burglar extraordinaire who sometimes puts aside her thievin’ ways to team up with Spider-Man and play the hero. She also has had the power to cause bad luck over the years, kind of like a reverse Domino. While originally Black Cat was going to make her big-screen debut in a two-hander co-starring Silver Sable from director Gina Prince-Bythewood, the plans have changed and now Sony is trudging ahead with a Black Cat solo film that will likely tell the story of a master thief with a heart of gold who has to put aside her own selfishness to steal something for altruistic purposes for a change. Here’s hoping that this won’t just be another Catwoman because that would be the biggest crime of all. 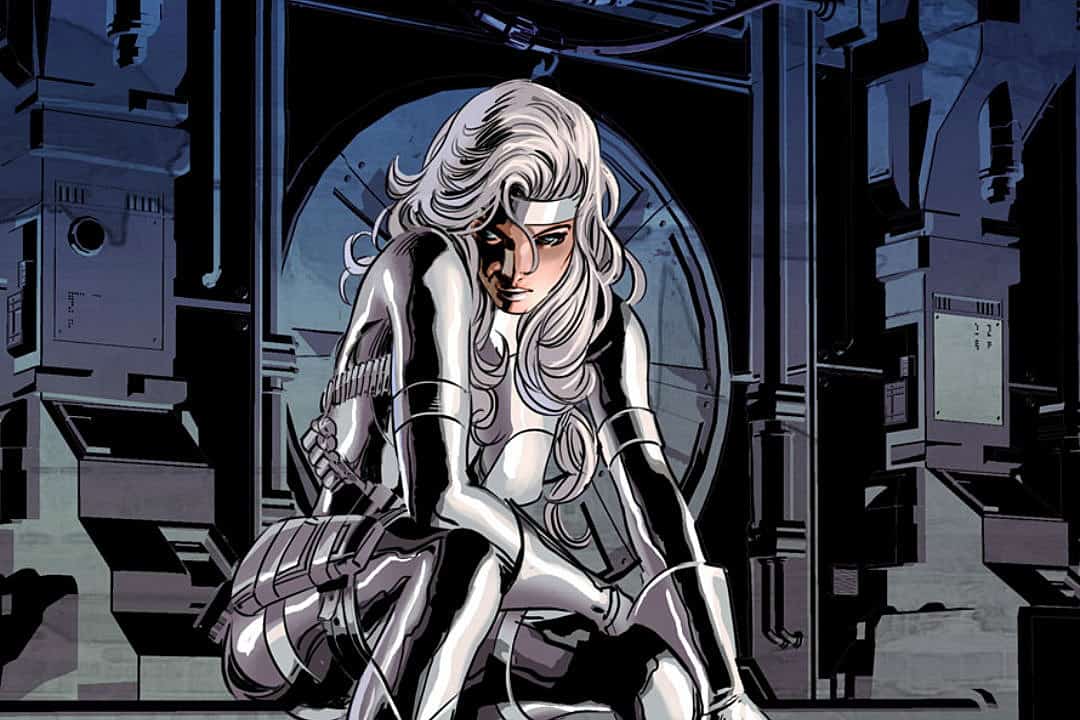 While it sounds like an apocryphal Subaru model, Silver Sable is the alter ego of Silver Sablinova, the daughter of a Nazi hunter who grew up to become a mercenary running a paramilitary organization that hunts down war criminals all over the world. While Silver has partnered with Spider-Man over the years to track down supervillains, the idea of a globetrotting mercenary taking down baddies all over the globe sounds like it could be the breath of fresh air that Sony’s Marvel Universe needs to stand apart from the many, many, many other comic book offerings out there. 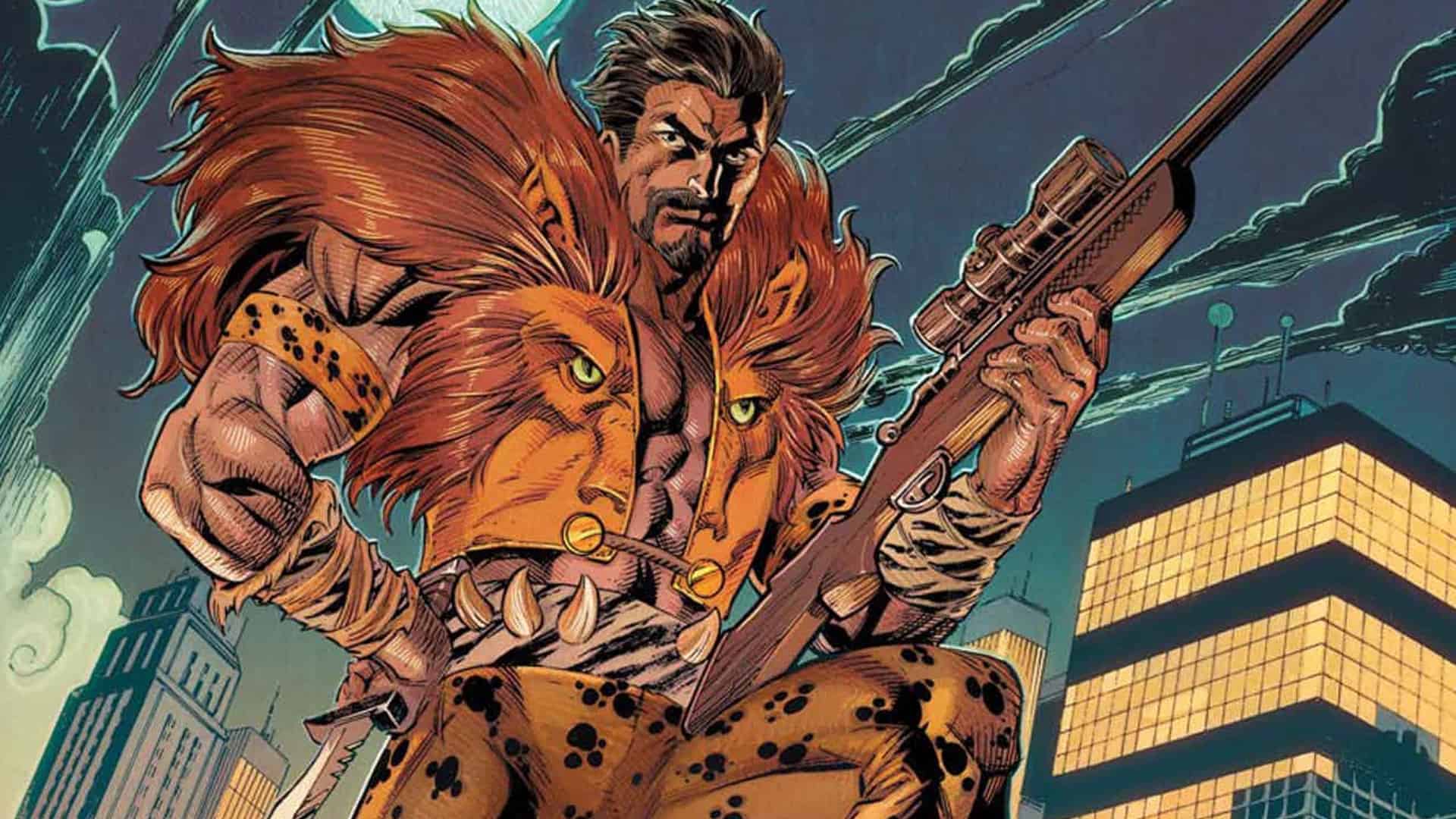 You know what I’m cravin’? A quality movie about the man who buried Spider-Man alive! That’s right — one of Spidey’s most fearsome foes is getting his own solo movie. Born to a Russian aristocratic family that fell from power, Sergei Kravinoff became one of the world’s most accomplished hunters and trackers. Of course it helped that Kraven chugged some weird serum that gave him superhuman powers and extended his vitality long beyond that of any mortal man, but is also extremely handsome at murder-hunting. So what would a Kraven movie be about? Perhaps we could see Kraven go head to head with Venom like he has in the comics before, but my money is on Sony tweaking the formula for Avengers 1959, which featured Kraven as part of a black ops team assembled by Nick Fury to hunt down Nazis all over the world. Honestly, the more movies about beating the ever-loving hell out of Nazis, the better. 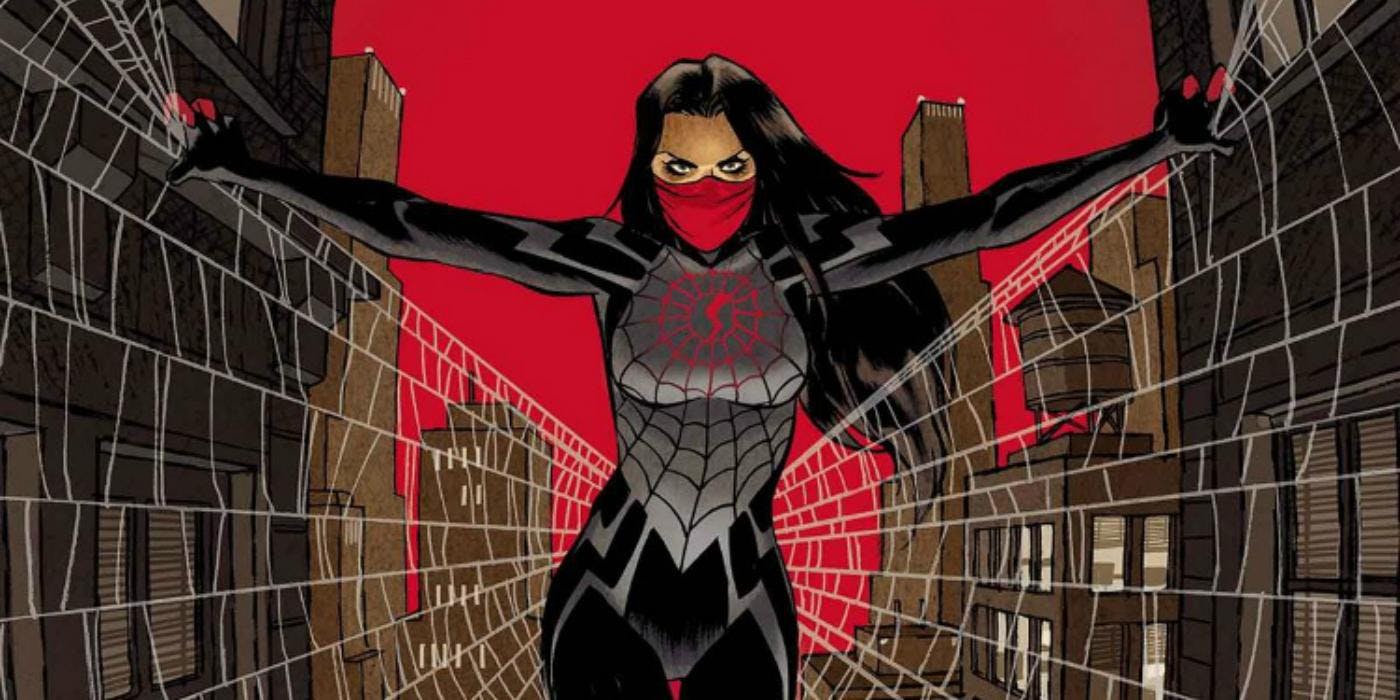 Who needs Peter Parker when you have Cindy Moon? First appearing in 2014’s Amazing Spider-Man #1, Silk is the superheroic alter ego of Cindy Moon, a Korean-American girl who was bitten by the same spider that chomped down on Peter Parker so many years ago. Unable to control her abilities, she was taken to a facility by a man named Ezekiel who tried to train her to use her powers until she caught the attention of Morlun, a villain who seeks out people with animal-based powers to drain them of their life force. You know. While we’ve seen a version of Cindy Moon in Spider-Man: Homecoming, this would explicitly mark the big-screen debut of Silk. More importantly it’s kind of a genius move because it allows Sony to have a friendly neighborhood spider person without having access to the O.G. Spidey. 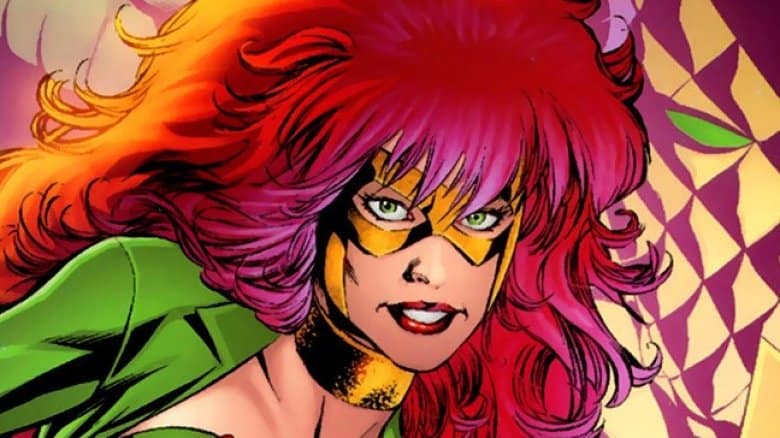 No, it’s not a sentient version of Mary Jane Watson’s catchphrase; Jackpot is the superheroic identity of two different women: Sara Ehret, a scientist working to cure Parkinson’s through gene therapy who gets exposed to an experimental treatment that gives her superhuman strength, and Alana Jobson, someone who purchased Jackpot’s identity from Sara and took a weird cocktail of drugs designed to give her powers similar to Sara’s so she can fight crime, but dies after she is blinded by a supervillain and the medicine she’s given by Spider-Man reacts badly with her drug cocktail, ultimately killing her. Then Sara reclaims her superheroic alter ego and winds up ultimately taking on Alana’s identity in the most complicated game of superpowered Catfish I’ve ever heard of. This sounds like a truly bonkers story that can only end in tragedy. In other words, sign me up! 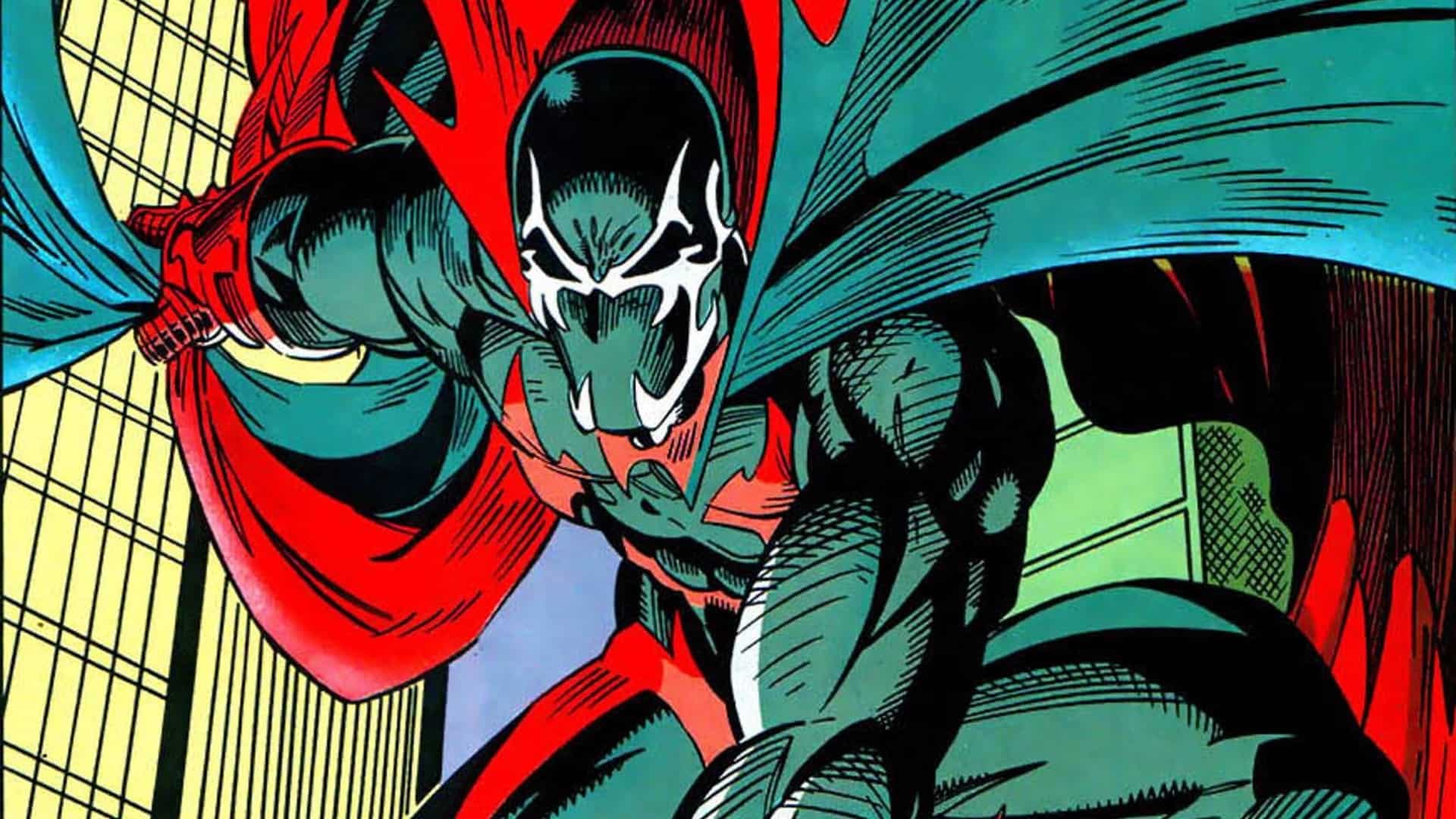 How will Spike Lee follow up BlacKkKlansman, you ask? With a foray into superhero cinema centering on a little-known 1993 character named Nightwatch, of course! According to Variety and That Hashtag Show, Sony is reportedly working on a Nightwatch movie to be directed by Spike Lee and written by Luke Cage showrunner Cheo Hodari Coker. For those not in the know, Nightwatch was the alter ego of Kevin Trench, a scientist who witnessed a costumed vigilante battling members of the Camouflage Cadre, a terrorist group using powerful cloaking devices that made them effectively invisible. The vigilante died in the process and Trench was horrified when he unmasked the hero to see that it was an older version of himself.

While Trench tries to avoid his fate at first, he soon dons his older self’s armor and adopts the identity of Nightwatch, becoming yet another defender of New York’s apparently crime-riddled city streets, and at one point even helping to fight Carnage. Considering how heavily Venom is leaning into the symbiotes, it’s possible that Carnage could become the Thanos-type big bad of this universe, forcing our disparate antiheroes to band together to fight him if they want to save the day.

And that is everything we know about Sony’s Marvel Universe so far. Which of these movies are you most excited to see? What other ancillary Spider-Man characters deserve a movie of their very own? Let me know in the comments below.