Plenty of people loved the different feel and approach of the 93rd Academy Awards. I wasn’t one of them. But that’s okay; not everything is for everyone. However, there were two things I wish I got to see during the show. The first would have been Netflix‘s “Husavik” from Eurovision Song Contest: The Story of Fire and Saga taking home an Oscar for Best Original Song. The other would have been an amazing consolation prize: Molly Sanden’s stunning performance of the song aired during the actual broadcast.

This year the Academy Awards elected to show their five nominees for Best Original Song during the pre-show. If, like me, you tuned in at 8 ET, you missed them all. That included a gorgeous rendition of “Speak Now” from One Night in Miami, performed by Leslie Odom Jr. As well as the category’s big winner, Judas and the Black Messiah’s “Fight for You” by H.E.R., D’Mile, and Tiara Thomas.

But it was Molly Sanden, the voice behind the memorable final performance of Rachel McAdams’s Sigrit in Eurovision Song Contest, who stole the pre-show. Sanden delivered a powerful performance of “Husavik” from the actual town that gives the song its name. The children of Husavik also provided backing vocals to make it extra special. 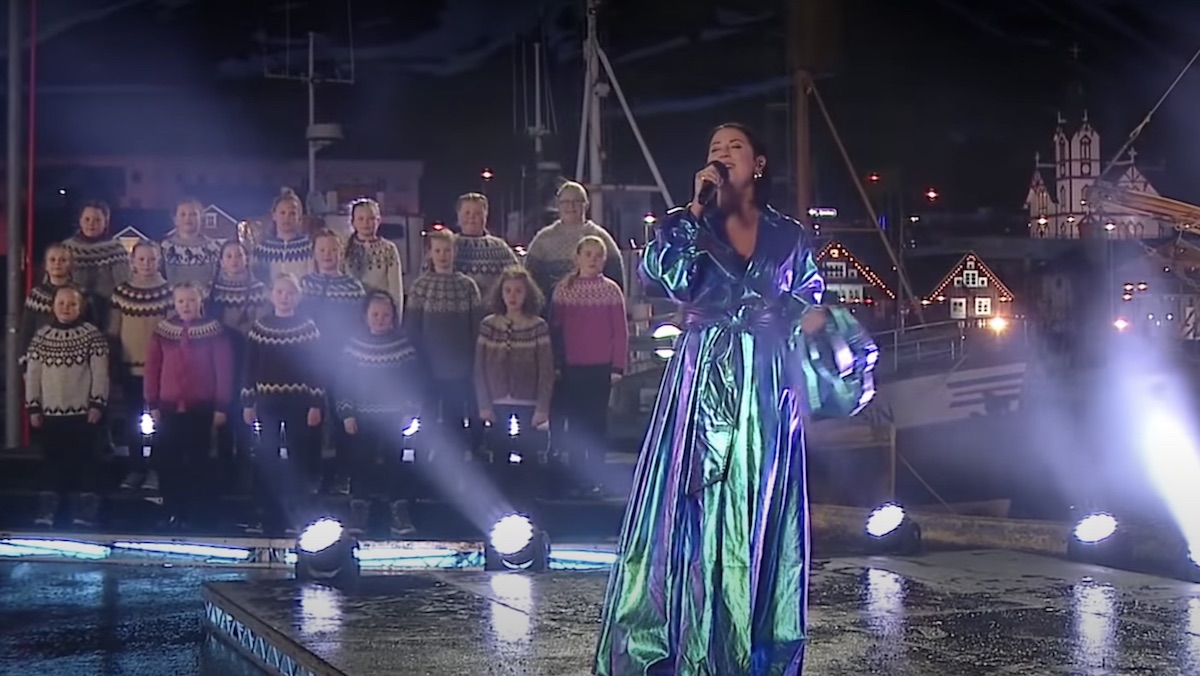 And it all took place amid one of the most beautiful settings you’ll ever see. With mountains dotting the landscape in the distance, the quaint town’s harbor and its ships surrounded the stage. Then the song ended with a fireworks display that transformed both Husavik the town and “Husavik” the song into something magical.

Even if you loved the 93rd Academy Awards, making this song a part of the proceedings would have made it a better show for everyone. That, and also having everyone sing “Ja Ja Ding Dong.”