When ESPN first launched in 1979 it didn’t exactly have the broadcast rights to America’s most popular sports. Those tuning in at the birth of the all-sports network saw a game of slo-pitch softball. That’s what it was like for ESPN during its infancy. It frequently gave its US audience sports and events they’d likely never seen before. That obviously changed. Now the network is a behemoth with rights to some of the biggest leagues in the world. Of which corgi racing obviously does not count. Yet, that didn’t stop ESPN from showing just that recently. Much to the delight of some very confused viewers.

ESPN recently took a break from major professional and collegiate sports to give animal lovers everywhere a special treat. On August 6 ESPN became “The Ocho,” the fictional bonus channel of the network seen in Dodgeball. First started in 2017, “The Ocho” lineup is a chance for ESPN to have some fun by airing some very, very obscure sports. This year that included the 2021 Corgi Races at Emerald Downs in Auburn, Washington. (Which we first heard about at Newsweek.) 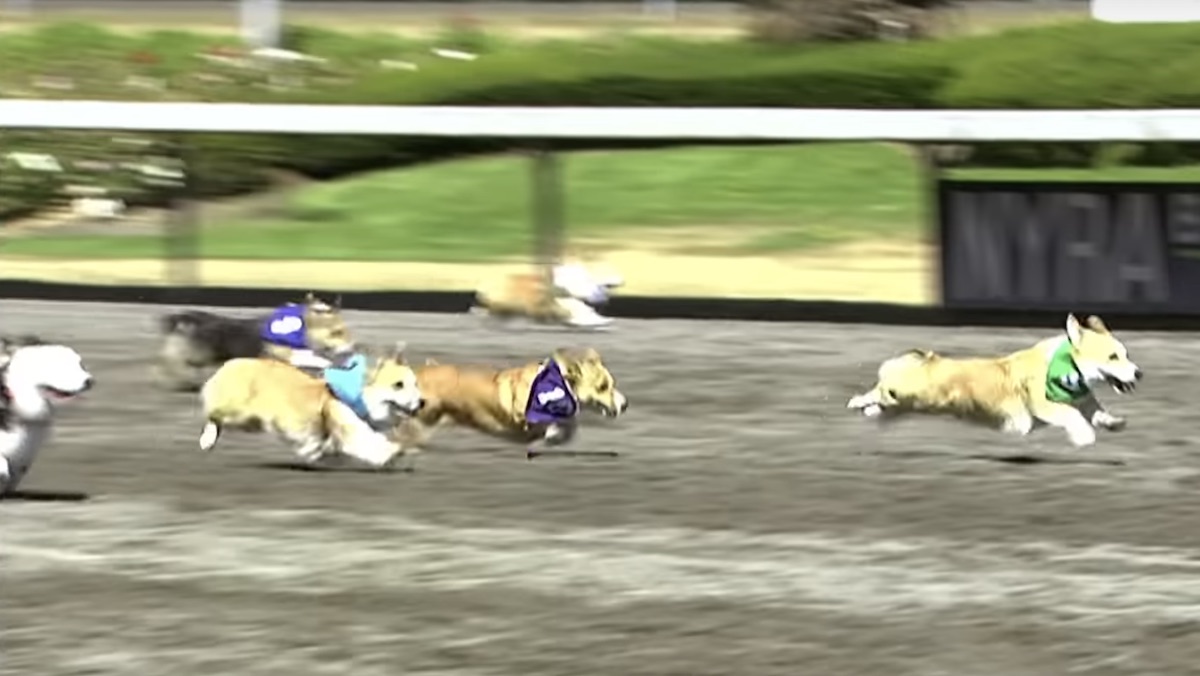 Today I discovered ESPN was showing corgi races! I could not be more happy to have spent time watching this#corgiraces#Corgi #howispentmySaturday pic.twitter.com/LnN7P2A8UG

Who won? All of us. But technically it was a wonderful fast little corgi named Angus. Though we think Emerald Downs should build an extra trophy for the dog in Heat #1 who took an immediate hard left when the race started.

We have Corgi races on ESPN, the immediate left turn to the infield got me pic.twitter.com/BSqdk1I68Q

ESPN spends an impossible amount of money on broadcast rights for the NCAA, MLB, NHL, NFL, and more. But we encourage the network to go back to its roots and embrace unusual events.

It won’t be hard to fill 24-hours of programming either. We’d love to tiny dogs of every kind hit the racetrack.