Fans have had a lot of questions about just how close the live-action Cowboy Bebop series on Netflix will be to its famous anime source material. And now, we know they are at least getting one aspect right—the casting of Ein the corgi with an actual Welsh corgi. No CGI pooches here, thank goodness.

The upcoming adaptation, which stars John Cho, Mustafa Shakir, Daniella Pineda, and Alex Hassell, has now officially begun filming its first season. Netflix announced the news in an adorable video giving us a dog’s eye view of a table read on the first day of production for the highly anticipated show.

There were rumors that the breed of dog for Ein was going to be played by a husky or another kind of canine, but luckily cooler heads prevailed and this very good boy was cast. In the original anime series, “Ein” is short for Einstein. Ein is a genetically enhanced corgi, also known as a “data dog,” with what at least seems like near human-level intelligence. Ein doesn’t speak, but does other things like play chess and answer phones. In the original show, Ein was one of the only characters modeled after a real life creature, as an actual pet of one of the show’s producer’s was a motion model. 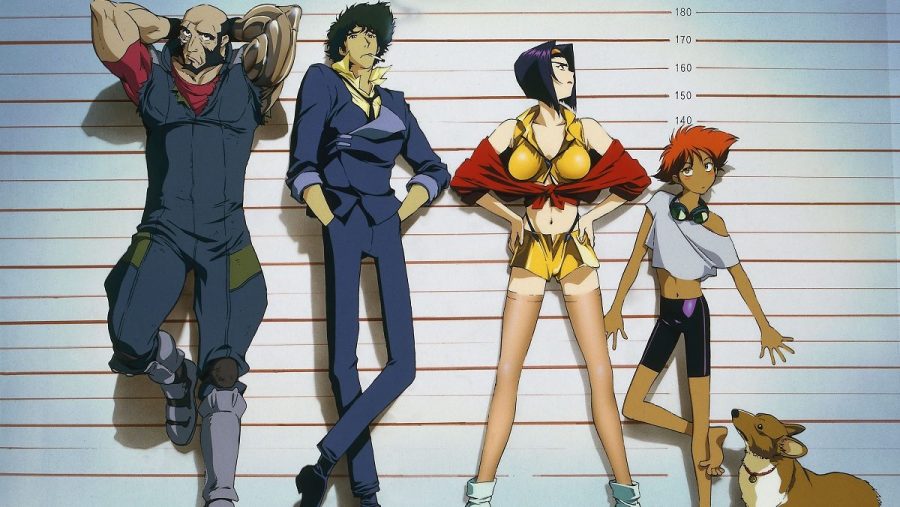 The Netflix adaptation of the ’90s anime series is set to run for ten episodes, and is described as “a jazz-inspired, genre-bending story of a ragtag crew of bounty hunters on the run from their pasts, as they hunt down the solar system’s most dangerous criminals. They’ll even save the world … for the right price.” Shinichiro Watanabe, who created the the original anime series, will serve as a consultant on the project, so hopefully that means that they won’t stray very far from the source material.

Christopher Yost, who worked for Marvel Studios writing films such as Thor: The Dark World and Thor: Ragnarok, will write the first episode and serve as executive producer. The original anime only ran for 26 episodes in 1998-1999, and was followed up by a movie in 2001. Should the show be a hit for Netflix, it will be interesting to see how much further they take the stories than the classic show did, which had a fairly brief run overall.

Cowboy Bebop is expected to air sometime in the second half of 2020.