“Don’t worry.” The merchant said, smiling with a dark glint in her eye as I lower my hand into a paper bag full of the unknown.

I needed to identify the substance within, by touch only, in order to score Credits we for the yellow team. We had started off the game in third place as two other teams managed to net a few thousand before we even left the bar, so I needed to get it right. Putting our heads together and discussing what the contents of the bag felt like, my team was careful not to let the other eager groups overhear our solution. Was it crumbled potato chips? Perhaps grits? One of my teammates suggested an answer and the merchant burst into an excited grin. “You’re right!” She proclaimed and awarded us 1500 precious credits, which gained the yellow team some ground on the leader-board.

Credits are everything in Iron City. 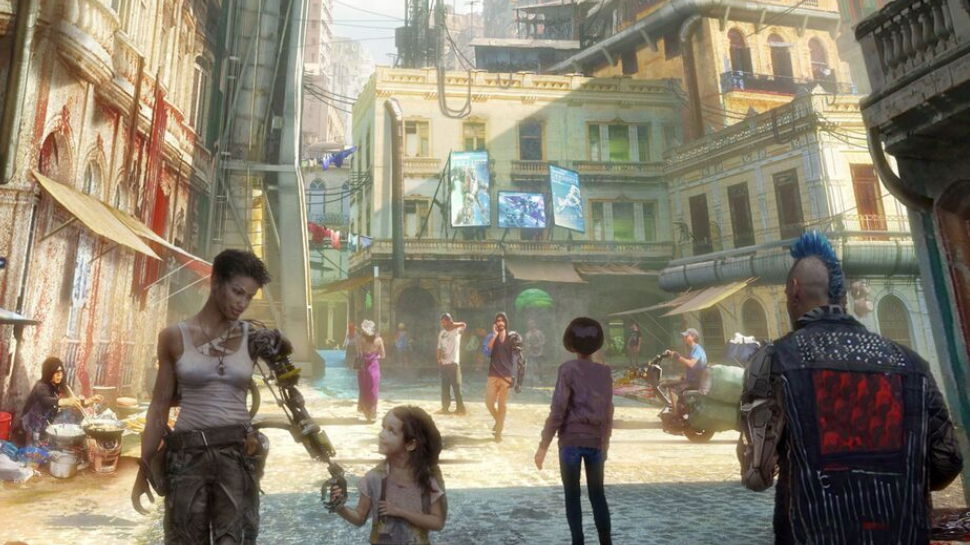 Based on the upcoming film Alita: Battle Angel, Passport to Iron City is an immersive experience that puts you as close to on the movie’s as you can get. Creative production company, iam8bit, partnered up with The Seelig Group (TSG) to create this two hour long event where fans can explore a city, created by the film’s production team, meet some quirky (and sometimes belligerent) residents, and earn credits by completing puzzles and challenges in what the website describes as a “life-sized, fully immersive board game where YOU and your team are the game pieces”. 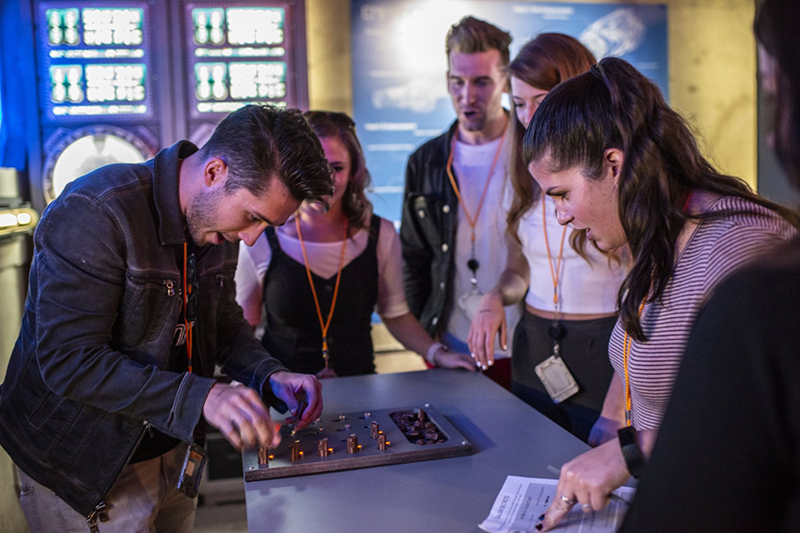 As the film’s producer Jon Landau describes it: “Iron City is as exhilarating as it is diverse. Passport to Iron City will allow visitors to experience the world of Alita: Battle Angel on a first-hand interactive basis. iam8bit has created a unique and engaging experience that will entertain everyone, including those that have seen and have not seen the movie.” 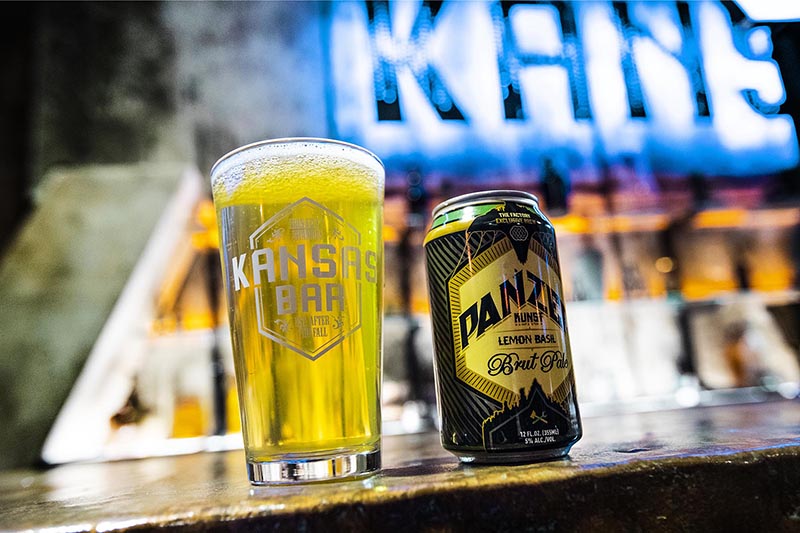 The event begins at the infamous bounty hunter hangout, the Kansas Bar which serves exclusive beer from Three Weavers Brewing, crafted specifically for each city in Alita’s world. While you wait for the game to begin, you’re encouraged to relax, have a drink, and check out the touch-screen displays on every table that give you a brief overview of what your goals are and some of the background of Iron City. 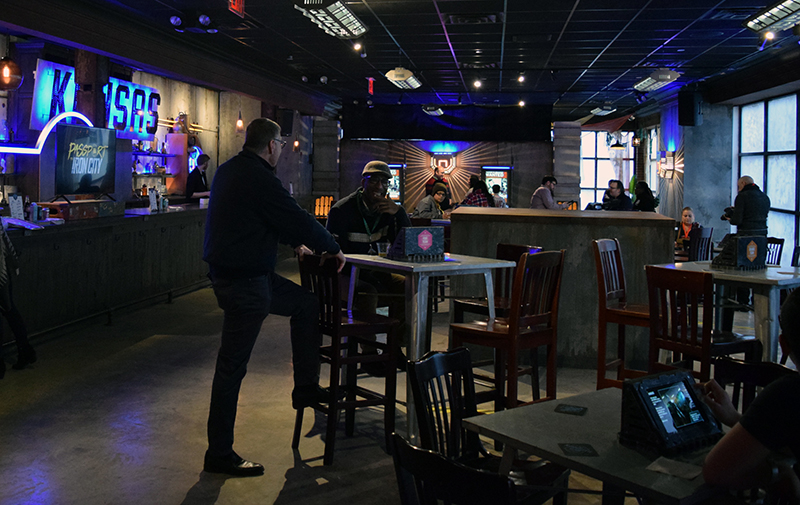 Once you’ve had some time to settle in and get to know your team, the doors to the City will open and you’ll get your first look at the gritty neon glamour that marks this cyberpunk world. The sets look like something straight out of the film and there’s a good reason why: each location was lovingly created by the movie’s production designers at their studio in Texas. The city is highly detailed and for 45 minutes, you really do feel transported to a seedy back alley tucked away in Iron City. 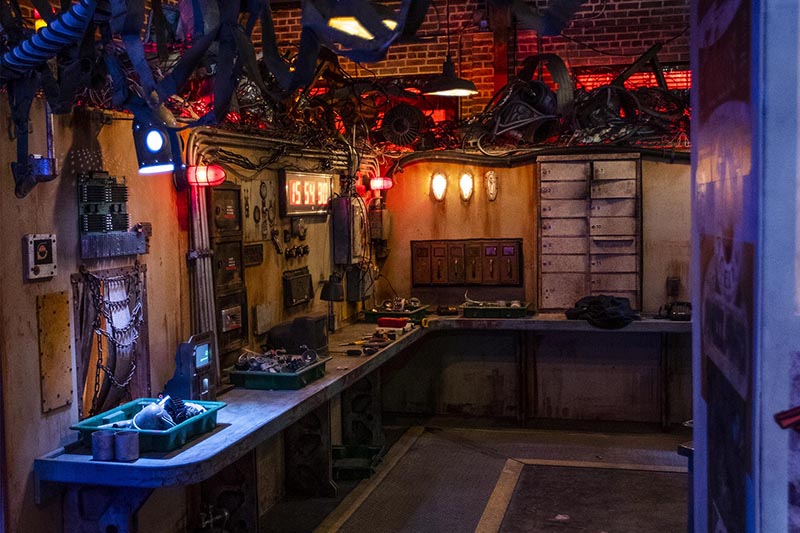 Teams must go from location to location, playing games and solving puzzles to earn precious credits that will determine their place on the leaderboard. At the end of the event, you can wager all of your credits on a heart-pounding Motorball race and hope your racer survives to cross the finish line. The team that manages to come out on top wins a unique Iron City souvenir, but even if you don’t win, there is a gift shop at the end packed with chocolate, hot sauces, t-shirts, battle Angel mangas, and more. 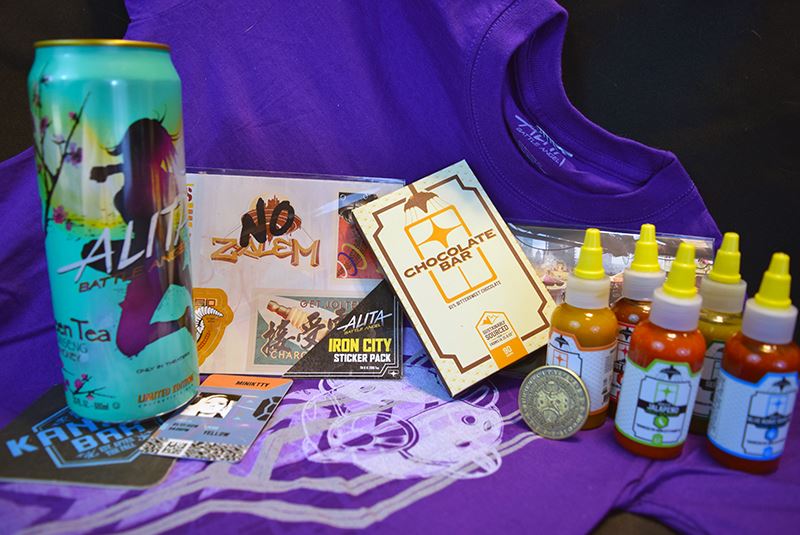 Passport to Iron City was an absolute blast. My team cheered each other on as we uncovered our own special talents like spotting hidden objects, evaluating scrap, and having an insane sense of smell. While we only placed third, we had a ton of fun, which is the keyword behind the creation of Passport to Iron City as Chip Seelig, Managing Partner at TSG. , explained as to why make the experience at all, “We’re fun and we like to do fun stuff.”

Alita: Battle Angel – Passport to Iron City is opening this month exclusively in Los Angeles, New York, and Austin for a limited time only, with tickets on sale now at AlitaExperience.com. Passport to Iron City is already open in Los Angeles and New York, and will open in  Austin on January 29. Special-priced tickets are available until the film’s official premiere for $25 and will increase to $55 after February 13.

What movies would you like to see get the iam8bit treatment next? Let us know in the comments below!