Our newest actual play show on Alpha,  Callisto 6, brings together two genres that go great together; superheroes and cyberpunk. Pop culture has plenty of great examples of superheroes these days, but cyberpunk is a bit more obscure. There’s been a recent resurgence in the genre thanks to things like Altered Carbon from Netflix and Blade Runner 2049, but we thought fans of our show might want to check out some of the original sources to get a better sense of the kind of world which Callisto 6 inhabits.

What began as an adaptation of Philip K. Dick’s novel Do Androids Dream of Electric Sheep became something else entirely in the hands of Ridley Scott in this 1982 film. Scott drew heavily on noir influences for this sci-fi tale of a bounty hunter tracking down escaped robots on Earth.  Deckard’s case takes him into the rarefied air of corporate scions and the rain-slicked streets where real animals no longer exist. It also ends on an ambiguous note that fans and filmmakers have argued for decades. The recent sequel still leaves the question unanswered but provided even more glimpses into a future world filled with wonder and with despair.

When most people hear the word cyberpunk the image they form in their mind is likely one from this film, like a beat-up car flying through a futuristic skyline or the bright neon signage of a dingy street where Deckard chases his prey. 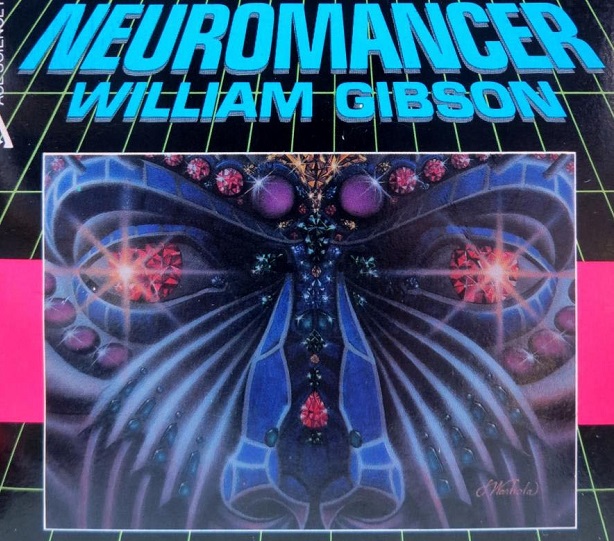 This 1984 novel by William Gibson was where many of the tropes of cyberpunks found their origins. It highlighted the clash between the high tech elements of the future and the low life members of society’s fringe that are used by the powerful to get their dirty work done. Elements of the setting had come from Gibson short stories like Johnny Mnemonic and Burning Chrome, but this collects everything together in a heist that involved cybernetically enhanced assassins and brain hacking computer experts that influenced two of the largest tabletop games of the 80s. Some folks think that Neuromancer influenced Blade Runner or vice-versa, but as often is he case it was the same influences working on creators in different ways.

Neuromancer heavily influenced the tabletop games that claimed to be part of the cyberpunk genre, primarily through the central conceit of rogue outcasts of society banding together to steal something from the corporations that rule everything. 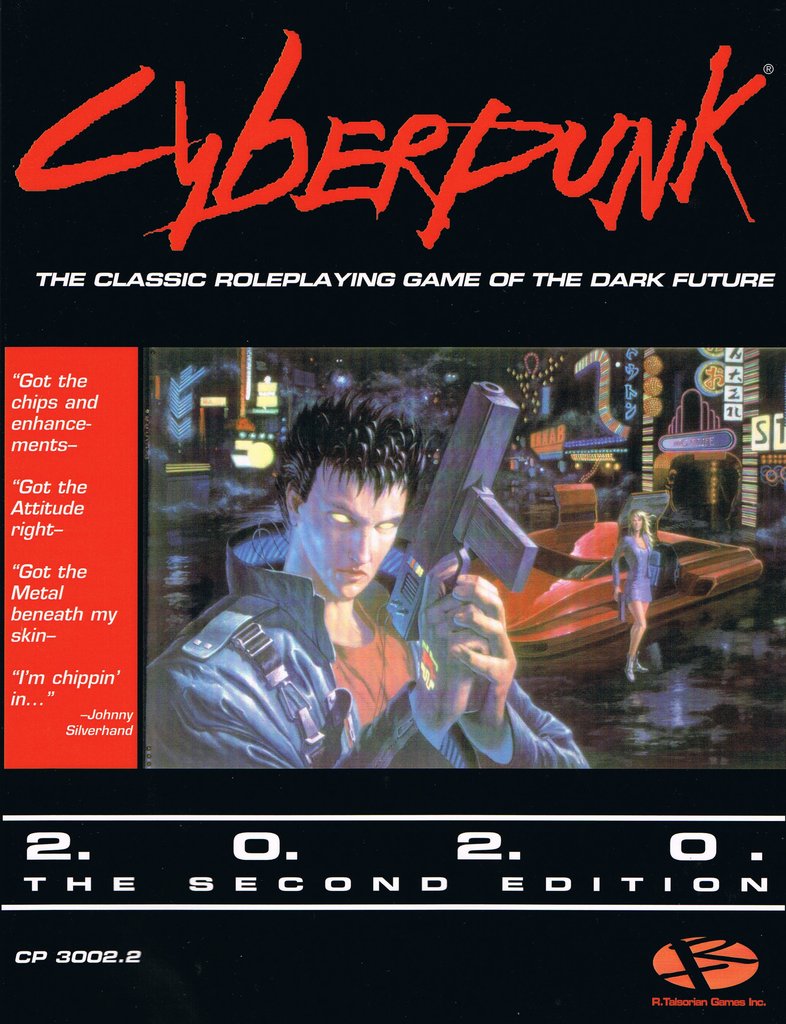 R. Talsorian Games released groundbreaking RPG in 1988. It was inspired primarily by Hardwired, a Walter Jon Williams novel that mixed in a dash of post-apocalyptic surroundings to the glamorously gritty cities of cyberpunk. The game focused on the same heist structure used in Neuromancer to allow players to go on adventures without worrying about alignment or heroics like other RPGs. If this name sounds familiar to video game fans, that’s because this is the setting and system the upcoming CD Projekt video game is using for its first-person RPG Cyberpunk 2077.

This game influenced a lot of the good and bar tropes that are part of cyberpunk tales, such as the focus on cool guns and gadgets used by the main characters to the idea that too much cyberware makes a person cold or emotionless. 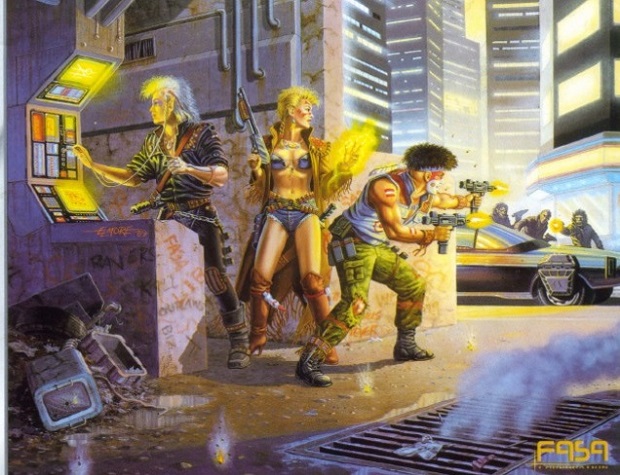 This 1989 game was one of the first of many to blend cyberpunk with other genres. In addition to a dark future setting, Shadowrun adds in the return of magic, allowing teams of “shadowrunners” to include orks and wizards as part of their teams that can be hired to do dirty deeds cheap. The tabletop game continues to be published today and HareBrained Schemes has created a trilogy of excellent console RPGs that deliver the interesting details of this unique world to new players all the time.

Shadowrun brought cyberpunk full-circle by mixing in elements of D&D fantasy into the genre. It was also the first of many “kitchen sink” games that mashed up genres in tabletop roleplaying, inspiring such games such as RIFTS, TORG, and Deadlands.

This is by no means an exhaustive discussion of the genre. We expect to see some great suggestions for cyberpunk books, movies, games in the comments on social media. But everyone has to start somewhere, and these choices should put anyone in the mood for some more stories in the dark future of Callisto 6.

What cyberpunk titles would you recommend for newcomers to the genre? Tell us in the comments! 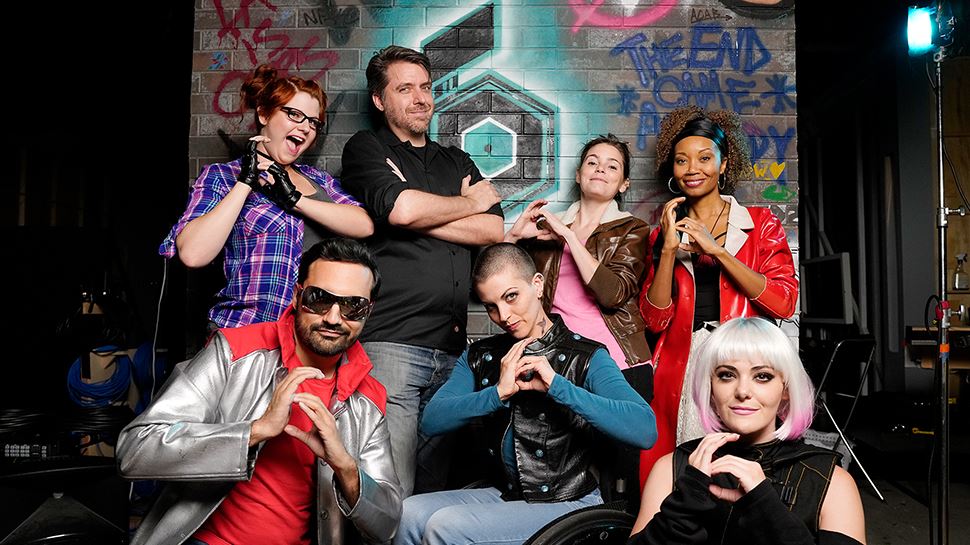 You can check out the first episode here on Geek & Sundry, and catch it live on Twitch and on Alpha every Friday starting at 4PM Pacific. Don’t have an Alpha subscription? Get a free 30-day trial at projectalpha.com!