YouTuber and engineer Jake Laser seems dead set on bringing to life everything from the DC and Marvel universes. He has just unveiled a pair of functional Doctor Octopus tentacles from Spider-Man. And while the electronic-limb lookalikes wouldn’t make Spidey flinch, they’re amazing as a proof of concept. Especially when it comes to picking up trash.

Laser recently posted the above IRL Doc Ock build to his YouTube channel, JLaservideo. Unlike most of his other projects, Laser teamed up with fans from his online community for this build; crowdsourcing a handful of brains to help his own.

In the video, Laser shows how he and his temporary team built the Doc Ock tentacles, iterating through numerous design variations. As well as scrapping and rebuilding major components when they proved to be ineffective.

As for the build itself, the pinchers work thanks to high-strength linear actuators (motors that create motion in a straight line) pulling on steel cables. Even though the system’s two pincher arms are underpowered, they’re still shockingly functional. At least when Laser uses Wii controllers to guide them.

Speaking of which, the engineer shows toward the end of the video—after the tentacle reveal at the 16-minute mark—another iteration of the tentacles under construction. That one allows Laser to move the long, robot-snake arms using only his mind. The system works thanks to an electroencephalogram (EEG) device that reads Laser’s brainwaves. This allows him to move the arms when he focuses his mind on something. 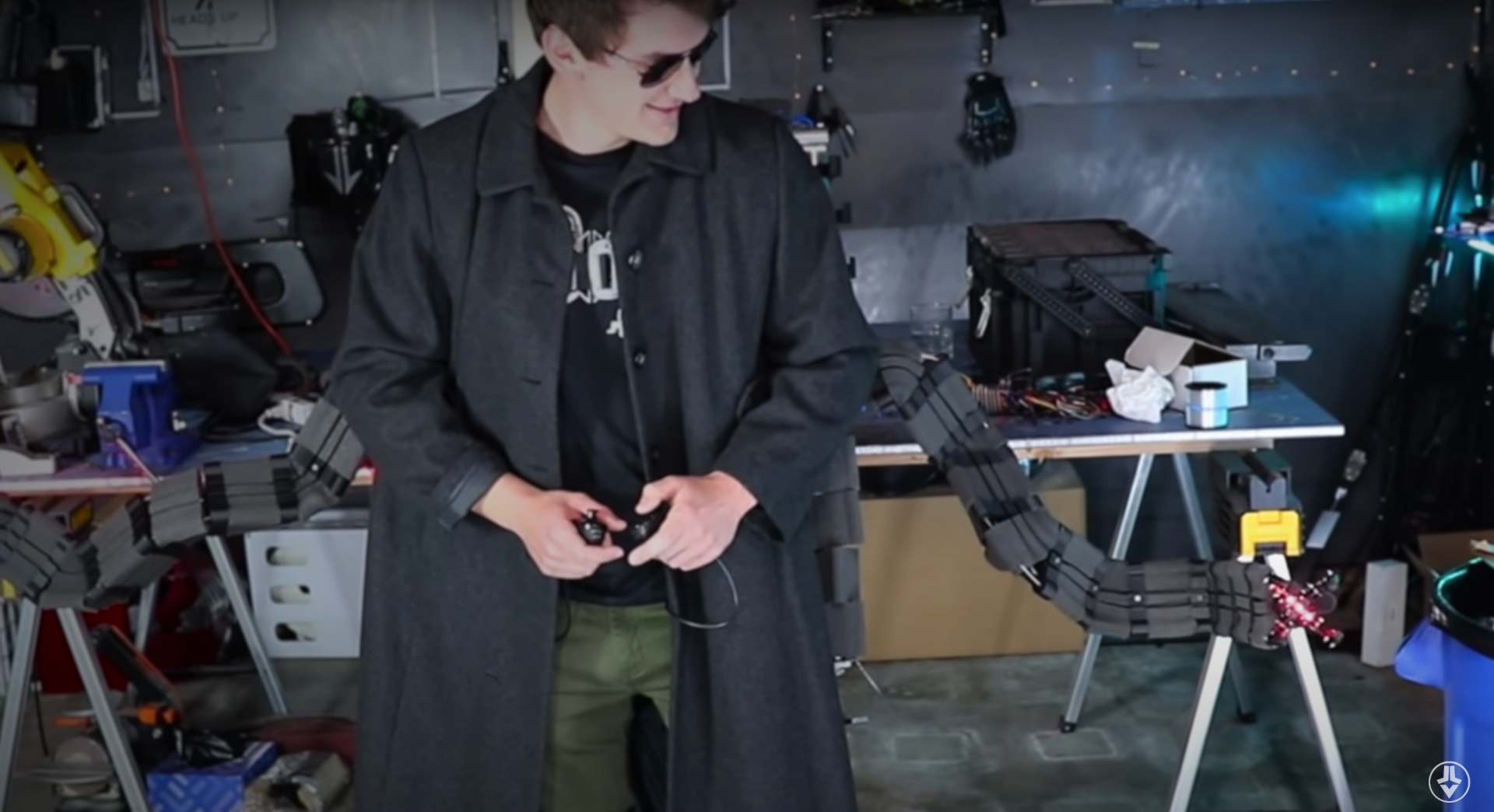 It looks like it’ll take Laser quite some time to come out with a complete set of mind-controlled tentacles. But in the meantime, there’s plenty of other brain-machine interfacing in the news to keep us all busy. Elon Musk’s company, Neuralink, for example, recently showed a monkey playing Pong telepathically. In fact, that video came out just a day before Laser’s. Perhaps it’s an omen that cyborg monkeys are imminent?