“Everybody’s having a really bad time.”

If there were a tagline for Emily A. Duncan’s incredible cosmic horror romance trilogy Something Dark and Holy, that would be it. This phrase came up more than once when we chatted with the New York Times Bestselling author about writing, romance, monster-smooching, and Blessed Monsters. That’s the highly anticipated third book in her saga of beautiful broken monster children, Nadya, Serefin, and Malachiasz.

In case you’ve yet to heed our many recommendations and haven’t dived into Duncan’s immersive fantasy world, it follows a young cleric called Nadya who can talk to Gods. It’s as awful as it sounds for the young girl. And when her home suffers an attack, she ventures out on a world-bending (and possibly world-ending) journey. It sets her on the path of a zealous young prince and a lovable but monstrous boy. 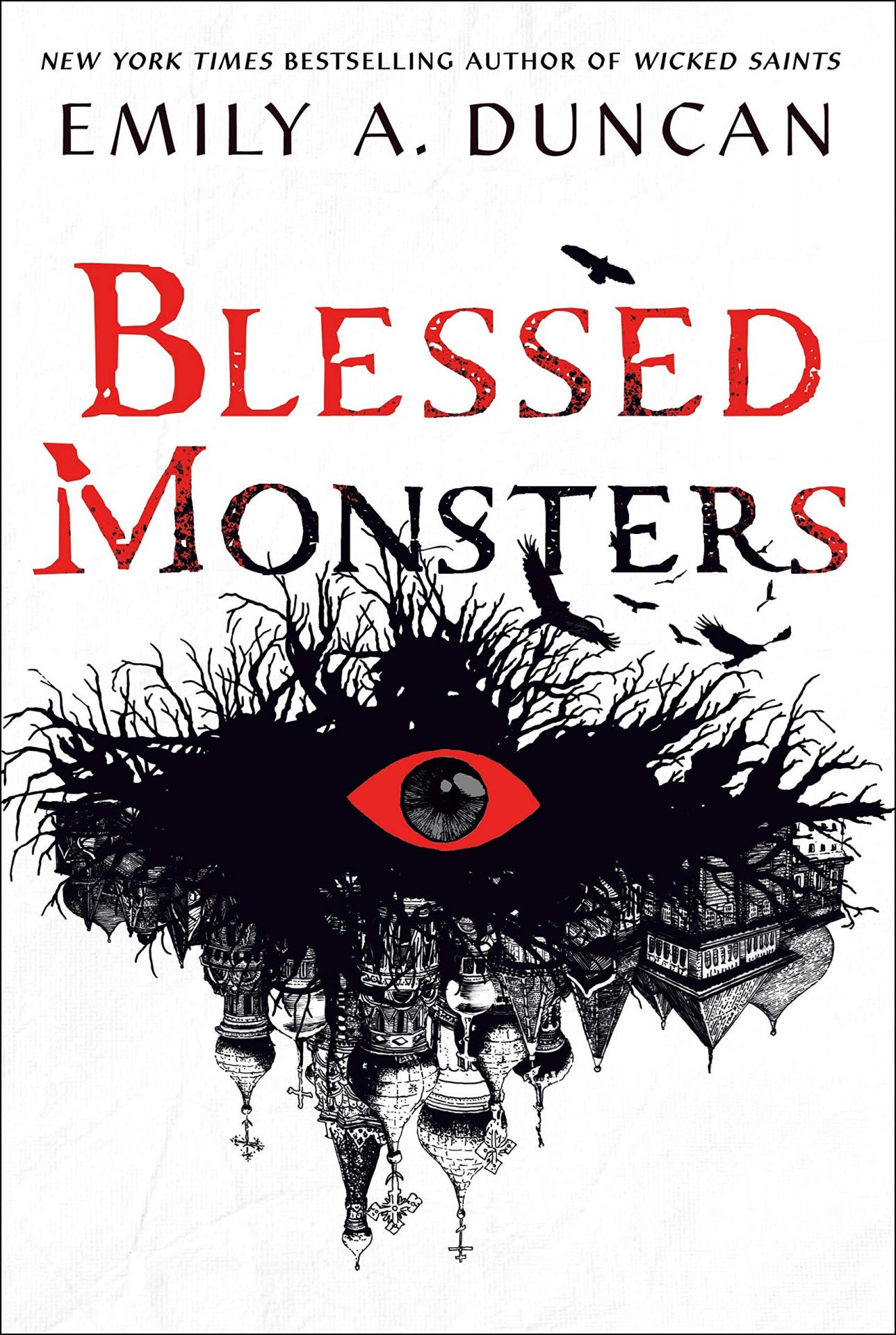 Like most creative projects, The Something Dark and Holy trilogy began with a lot of trial and error—and a most unexpected source of inspiration. “I was playing Skyrim when I got the idea. All good books come from Skyrim,” Duncan laughed. “But it took so long to go from the tiny idea of a girl that can talk to gods to something that was viable. I had a lot of false starts. I kept writing the first 15,000 words over and over and not really getting anywhere.”

But it was her decision to dig into Slavic storytelling traditions that helped her breakthrough. “It took a lot of research, because I wasn’t grounding it in the real world before this. I had always written fantasy like Dungeons and Dragons. That kind of high fantasy where there’s no real world analog, you’re just kind of making everything up,” she explained. “That wasn’t working here. And it didn’t really work until I had done like a year of research on Russian and Polish folklore and kind of used that to the base that I then built around.” 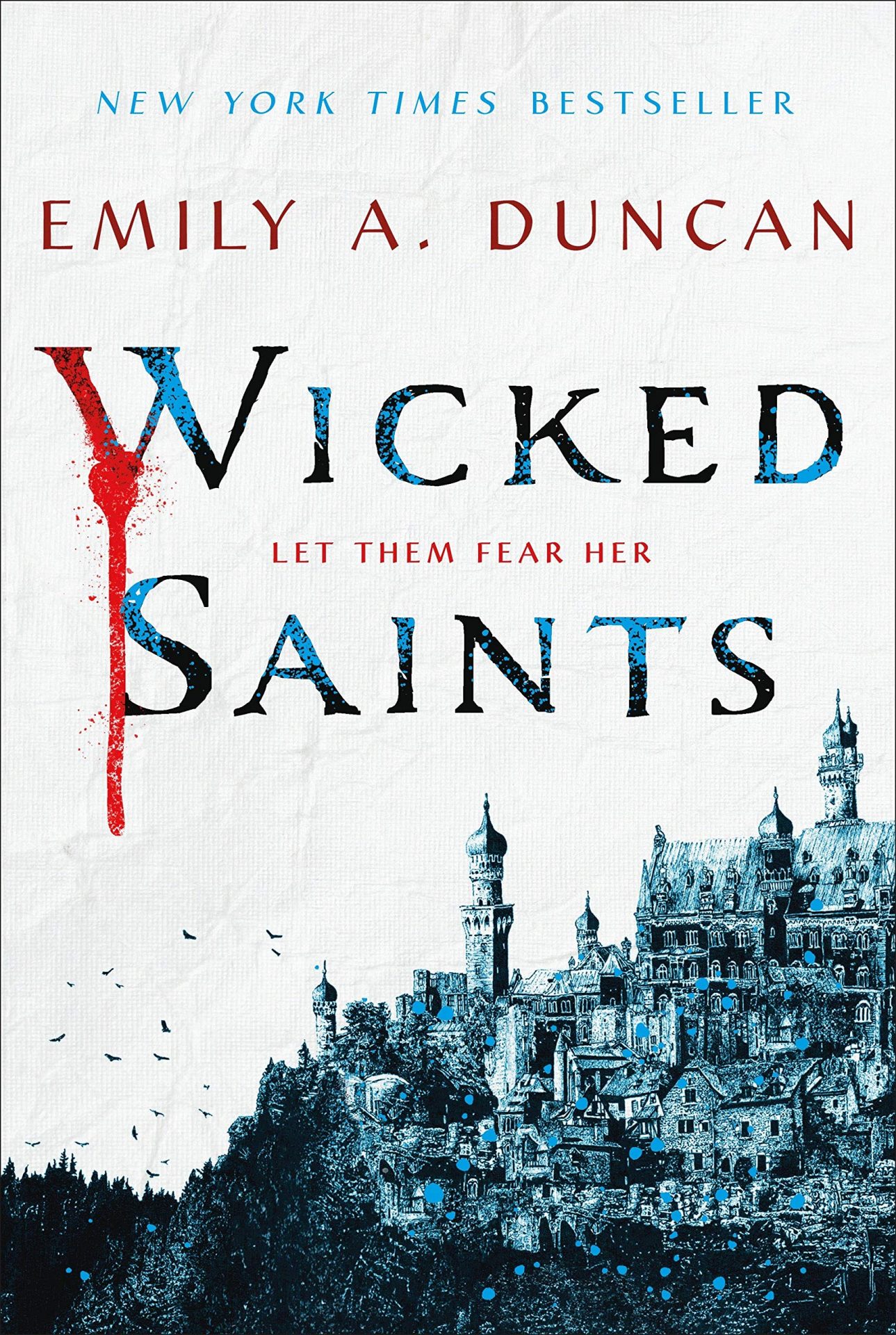 The terrifying nature of gods, faith, and creation are all key to the magic of the Something Dark and Holy series. But in the second book Ruthless Gods, Duncan took a swift turn into cosmic horror. Not only was it a huge success but it crafted a rare new niche for YA romance swirling with the gruesome and grotesque. “I still actually can’t believe I got away with the stuff that I got away with. I can’t believe nobody stopped me,” the writer chuckled. “I didn’t really warn my editor what I was going to do with Ruthless Gods. I just turned it in. Here you go, I made the love interest super gross! Have fun!”

The tone shift felt perfectly placed to readers. If anything, it made the series gain even more steam as word of mouth spread. But to Duncan it was just a reflection of the things she likes. Like monster-kissing. “I didn’t have much experience with horror before writing these books. And I got super into it like right before writing Ruthless Gods,” Duncan said. “So it all kind of bled into what I was doing. I love weird monsters with personalities. And I just think sometimes we should just kiss the weird monsters. I think that would be great!” 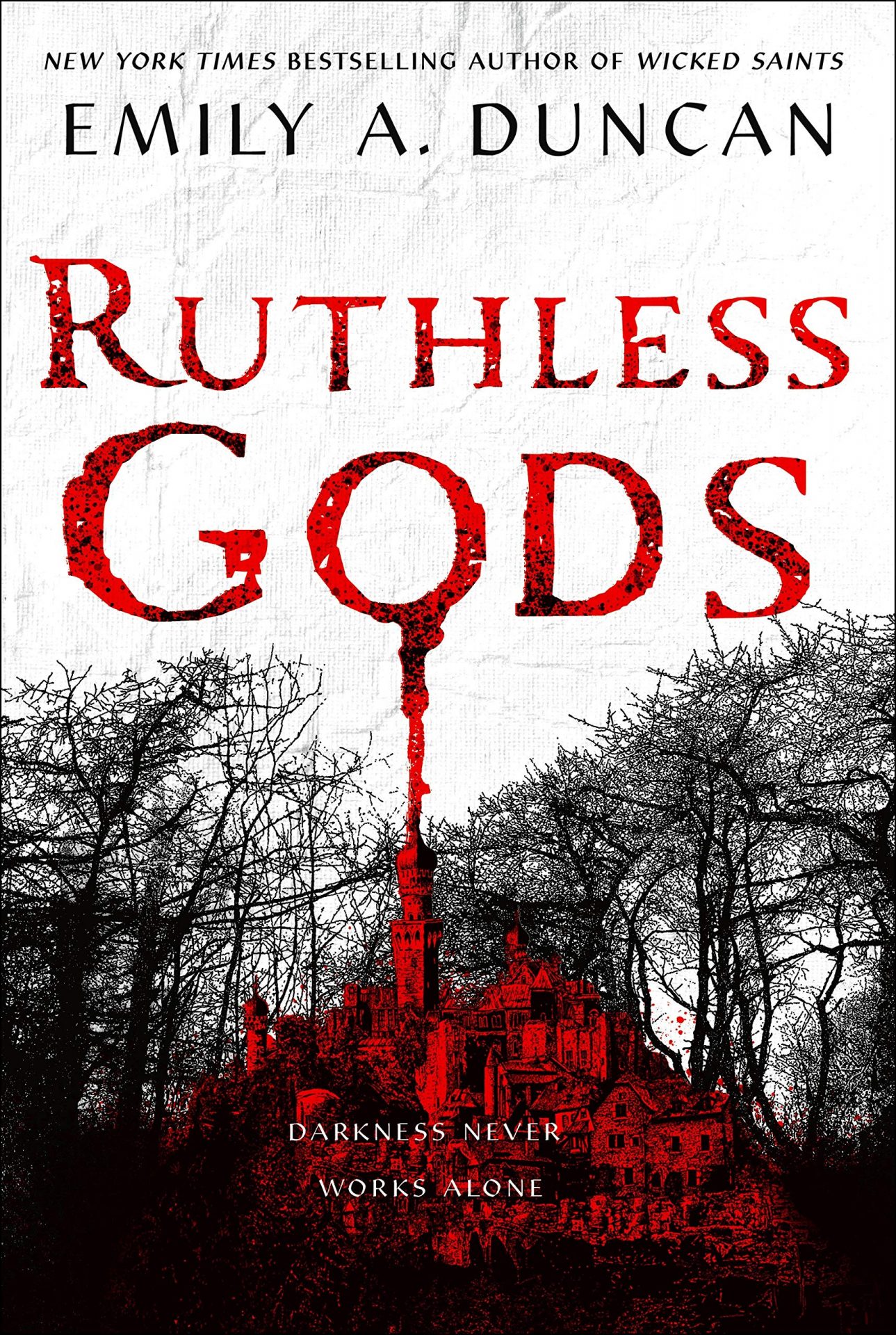 Making that shift was easy as Duncan had delivered Wicked Saints to the publisher, and moved straight onto Ruthless Gods without waiting to hear what the fan response might be. But after the massive success of Ruthless Gods, writing Blessed Monsters became even harder. “Not knowing what readers thought made me be able to make weird decisions without having to really think about how they were going to land. It’s a weird cosmic horror road trip and the love interest is gross now, so we’re just going to go with that. But the third book was much harder because now I do know things, I do know how people feel.”

So where are the trio of young and traumatized characters when we meet them in Blessed Monsters? “I pitched this book as 530 pages of Malachiasz being really sad,” Duncan laughed. “He’s realizing that maybe he has made a few real bad mistakes. Maybe he’s not ever going to get better but maybe he should try just a little bit because there might not be anything left because of him. For Nadya, everything in her world has been basically destroyed. And then she’s turned around and destroyed people who she considered friends, their world. And she has to deal with that. And where she’s going to go after losing all these touchstones that she had formed her life around. And, you know, Serefin’s just vibing. The worst has happened to him and so now he’s just along for the ride!”