The late ’90s was a significant time in the career of Sir Elton John. He was coming off the back to back success of The Lion King movie and Broadway musical. And he’d had the biggest hit of his career in 1997 with his reworked single of his song “ Candle in the Wind,” dedicated to his late friend Princess Diana.

That very same year, he also finds himself as the subject of a 90 minutes special called An Audience with Elton John. In this special, he took questions from a star studded audience, and performed his hits. The special originally aired in September 1997. Among those stars was actor Richard E. Grant, who challenged the pop icon with creating a song around oven manual instructions. And as you can see in the video above (via Boing Boing), somehow Sir Elton pulls it all off.

If you happened to see the film Rocketman, then you know that Elton has the uncanny ability to create a song based around nearly anything. This is something he’s been able to do since he was a small child. With a talent like that, it’s no wonder that he became one of the biggest musicians of all time. In terms of actual sales, he’s behind only The Beatles, Elvis Presley, and Michael Jackson. Rarified air indeed. 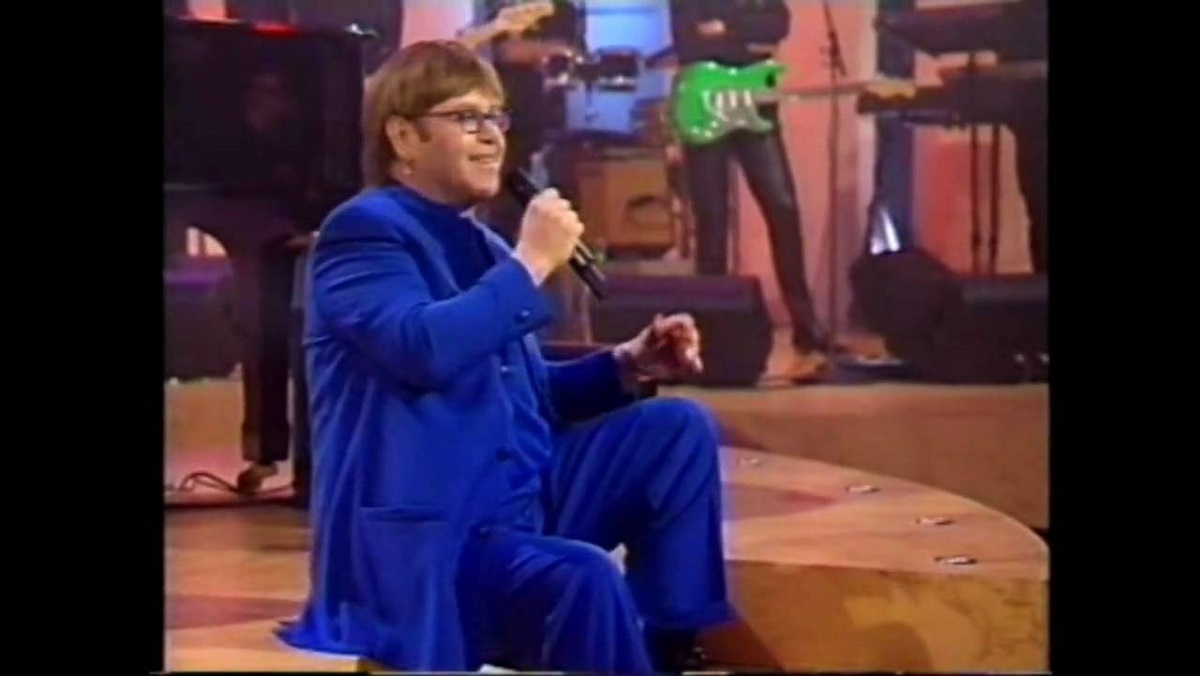 The entire An Audience With Elton John television special is now available to watch on YouTube, and it’s kind of a wonderful blast from the past. Everyone from Cher to Kathleen Turner to the Spice Girls were in attendance. And if you look carefully, you’ll also spot a very young pre-Star Wars Ewan McGregor in the audience. Years later, he’d sing Elton’s first hit “Your Song” in Moulin Rouge. Maybe being there that night helped to inspire that performance? We’d like to think so.