ELF Featurette Shares the Magic Behind the Holiday Staple - Nerdist

ELF Featurette Shares the Magic Behind the Holiday Staple

Elf is a modern day classic that has firmly entrenched itself in our yearly Christmas movie rotation. A big reason its such a beloved holiday staple is that it looks incredible. From the North Pole to New York City, it captures the magic of the season in all its splendor. It also looks hilarious, thanks to Will Ferrell’s oversized Buddy. Creating its distinct aesthetic wasn’t easy, though. And this clip from Netflix’s The Holiday Movies That Made Us shows the unique methods director Jon Favreau used while shooting Elf on a tight budget in a short amount of time.

Netflix shared a clip from their behind-the-scenes special How They Made Elf (which we first came across at Digg) to YouTube. It highlights the many atypical methods the crew used to create the memorable story, all on a strict budget with very little time. That included some guerrilla filmmaking in the Big Apple itself, as Will Ferrell was let loose for a couple of days. To capture the authentic feel of New York City during Christmas time, no extras were involved. Everyone Buddy interacted with, including “Santa” in a red running suit, were real people unaware a movie was being made. 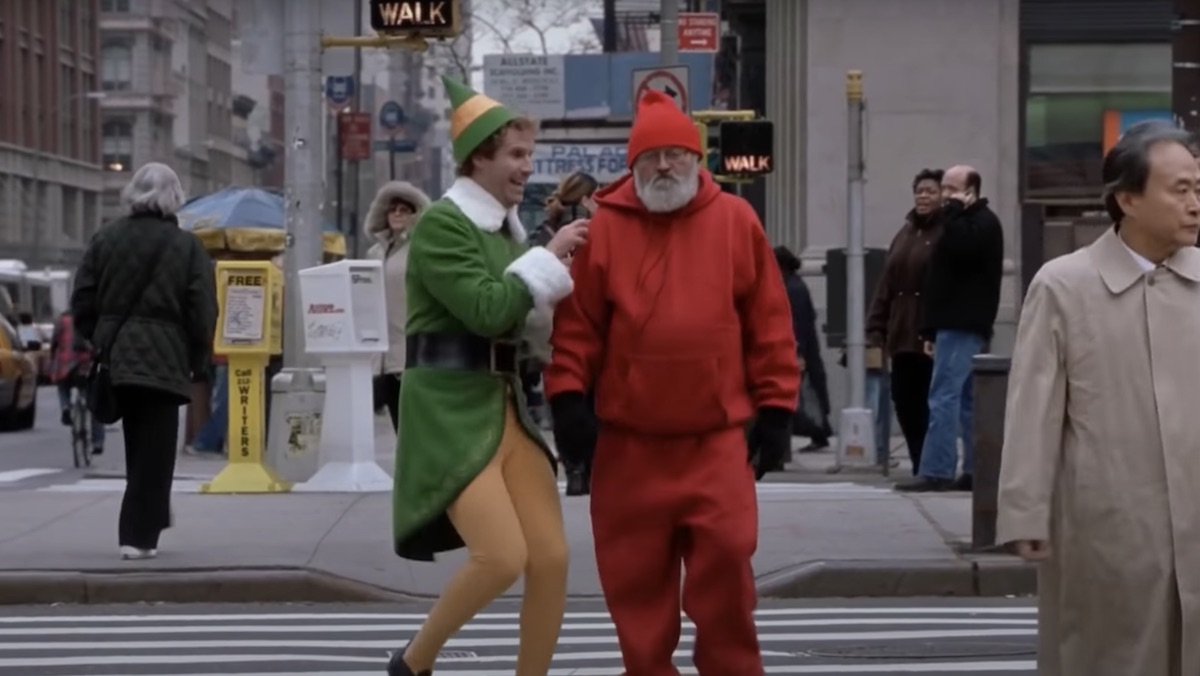 But with a smaller budget, most filming had to take place in Vancouver. Without a soundstage big enough to create Santa’s workshop, they created the North Pole in a massive hockey rink in Vancouver. They then used iconic Rankin/Bass holiday movies for inspiration, relying on mostly white sets to make the colors pop. Favreau also used stop-motion animation for his magical creatures, creating a timeless look and feel.

But the biggest challenge was its big elf. Rather than turn to CGI, the crew went with an old technique—forced perspective. Studio executives didn’t think it would work, but a grueling schedule and a dedicated crew made it happen. 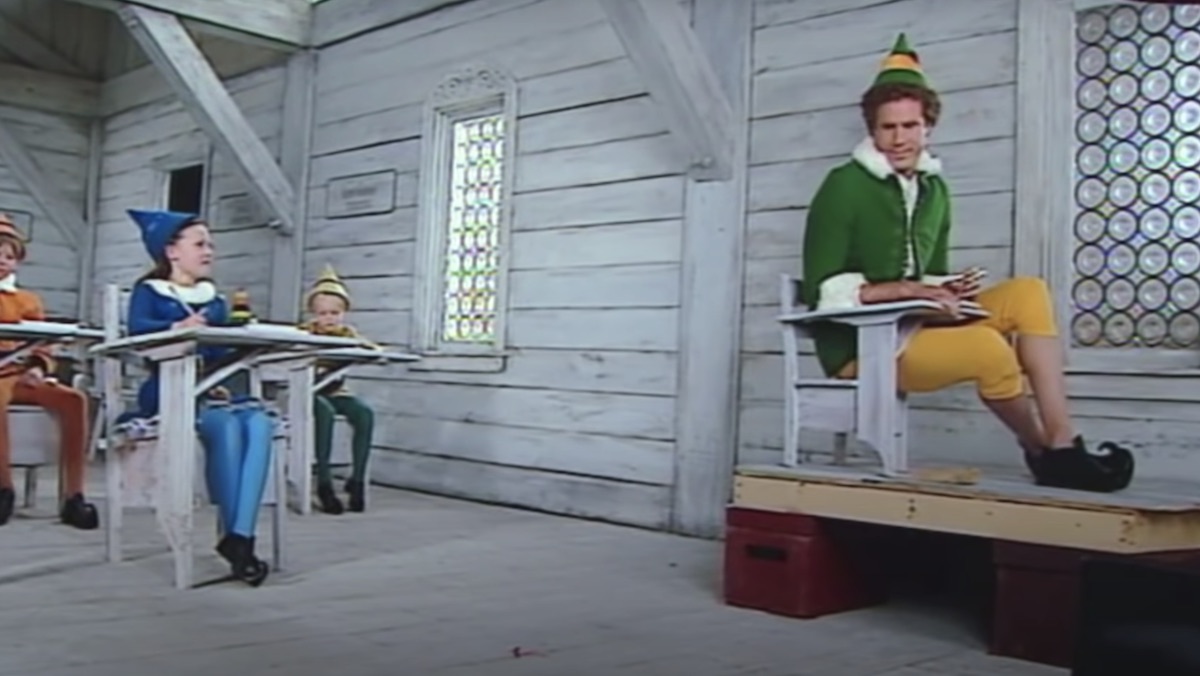 All that hard work was obviously worth it. If Elf looked different it wouldn’t be as special. And every holiday season would have a little less Christmas cheer.