War Machine is more than just “the second Iron Man.” James “Rhodey” Rhodes has been a premier Marvel Comics hero for decades, and has served several times with the Avengers. His portrayal by Don Cheadle has only served to make Rhodey more iconic than he already was. And now one fan has found a way to pay tribute War Machine with…. a Bruan electric shaver? Yes, you read that right.

YouTube channel Ray Studio (which we learned about via Geeks are Sexy) makes all kinds of things out of electronic appliances. They turned a smart phone into a dragon, and now have taken an S9 Wet & Dry Braun shaver apart to create a pretty darn accurate War Machine. You can watch their entire process in the video right here:

One of the reasons this looks so good is that this isn’t any old cheap shaver used to create replica Rhodey. This particular electric shaver costs a not-so-cheap $300. We’re not sure how long it actually took to make this. Just the War Machine helmet alone looks like it probably took hours to finish. But the final product speaks for itself. Fortunately, the shaver already bears the right War Machine colors, so not a whole lot of color application is warranted here. 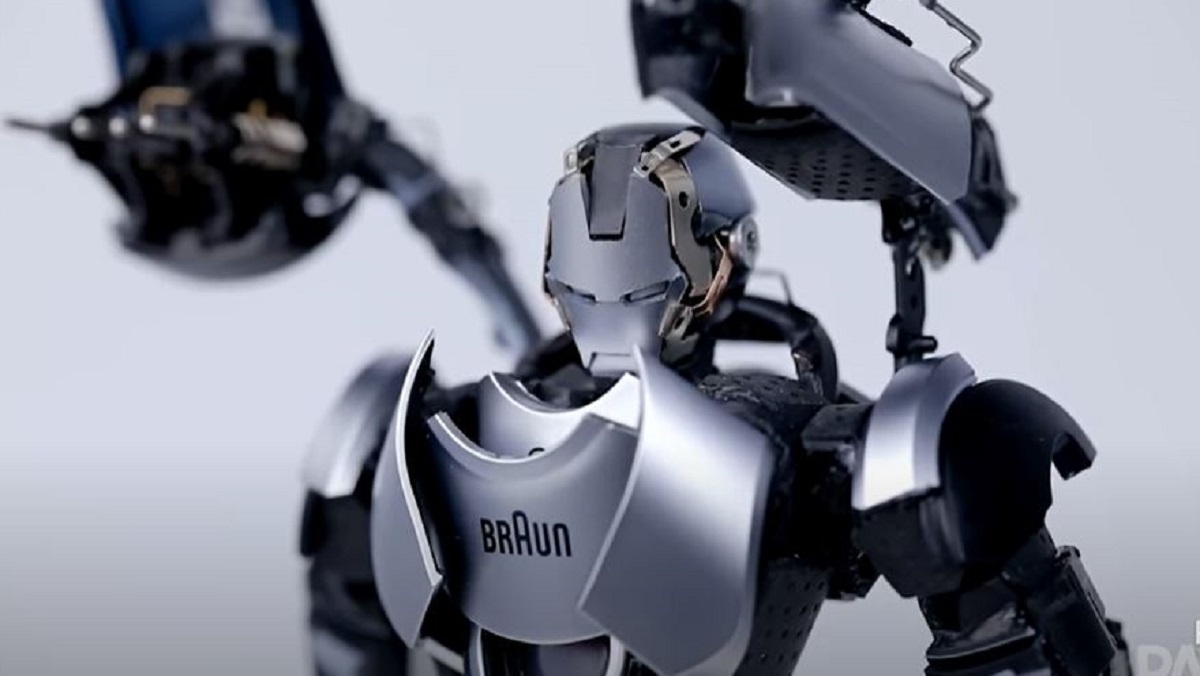 Ray Studio even has their creation fist bump with an Iron Man figure. And sorry about this, Tony Stark, but War Machine looks way cooler and more intimidating than you do. This YouTube channel has a lot of other cool videos; some which include turning recycled electronic parts and other waste in a cyberpunk city. Also, they turn a smartphone into a Gundam-style robot. It’s the transforming robot you never knew you needed.

To check out more amazing creations like this one, be sure to head over to the Ray Studio YouTube channel.