While it wasn’t a huge box office hit when it was released in 2014, the sci-fi actioner Edge of Tomorrow was nevertheless a big hit with critics and fans, and now, according to Deadline, a sequel is moving forward at Warner Brothers.

Writer Matthew Robinson has come to the studio with a take, and is now officially on board to write the sequel. The hope is to bring back not only the original film’s director Doug Liman, but also stars  Tom Cruise and  Emily Blunt, who played warriors fighting vicious alien invaders, ones who killed Cruise’s character over and over again, hence the film’s tag line — “Live.Die.Repeat.” 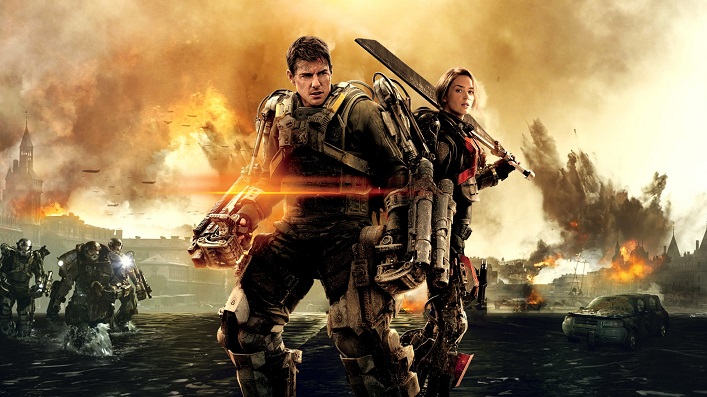 The original title for the film was All You Need Is Kill, based on the Japanese light novel of the same name. For (obvious) marketing reasons, the title was changed to Edge of Tomorrow, but perhaps realizing that sounded like a daytime soap opera, the tagline of the film “Live.Die.Repeat” became an almost secondary name, and the home video releases have those words in much larger letters than the actual title, leading many people to think that is the title. When rumors hit some time back about another chapter to this story being in development, the proposed title was Live Die Repeat and Repeat.

Despite not doing well at the box office in North America, the original film had a healthy box office run overseas, no doubt something Warner Brothers is taking into consideration by moving ahead with this sequel. Also, it’s been said that downloads and streaming numbers for this movie have always been high, which shows that in this day and age, the theatrical box office take of a film in the States is only part of the story. It will also be interesting to see when they plan to shoot this film, as Tom Cruise will soon be filming two more Mission Impossible sequels back to back in 2020.