While we’ve all seen humpback whales launch themselves out of the ocean before—at least on TV, anyway—they are, of course, far from the only sea creatures who have a penchant for brief air flight. Members of the eagle ray family, for example, are more than fond of launching themselves six feet above the ocean’s surface. And looking like happy, flappy ravioli when they do.

The Smithsonian Channel posted the clip above from its Paramount+ series, Epic Animal Migrations. And, indeed, this glimpse of the way giant eagle rays migrate through Mexico’s west coast is epic. It’s also a fan-freakin’-tastic reminder of just how ridiculously adorable rays are. Look at their eyes! The jumbo cartilaginous fish look like mega-nerds mid jump.

In the clip, the show’s narrator notes that these giant eagle rays can weigh up to 2,000 pounds each. A fact that makes their aerial feats all the more incredible. (As well as their ability to stay so slim!) To maintain that kind of mass, however, the rays need to feed on plenty of live creatures inside the ocean. Including, apparently, massively long buffets of blood-red plankton. 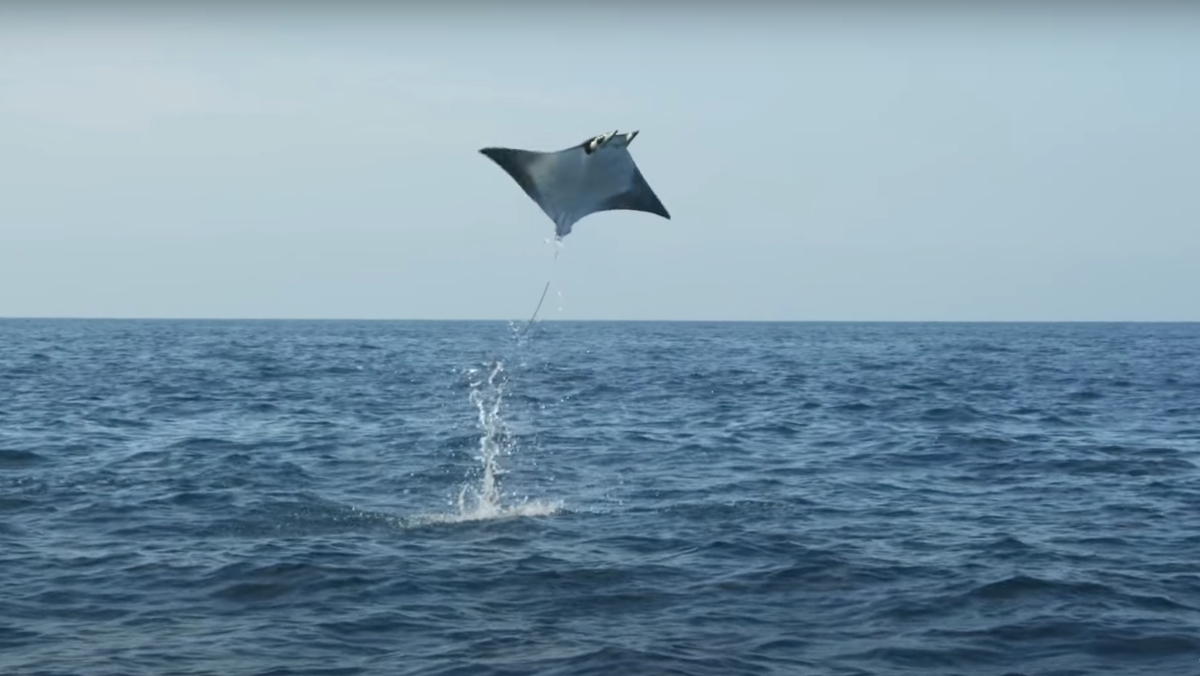 As the narrator notes, spring is “feeding time” for ocean dwellers off the western coast of Mexico. As well as mating time for the giant eagle rays. Incidentally—although not evolutionarily speaking, of course—this is the exact reason the rays leap from the water; to demonstrate their strength and swimming skills. Or, perhaps, to prove once and for all that they are not, in fact, thin noodle packets containing meat and cheese.

For those now in the mood for more ray videos—rather than Italian food—we’ve seen a bunch of fantastic ones. Aerial views of rays migrating never gets old, for example. Although nothing in the flappy fish space will ever beat seeing a baby ray eat sashimi. 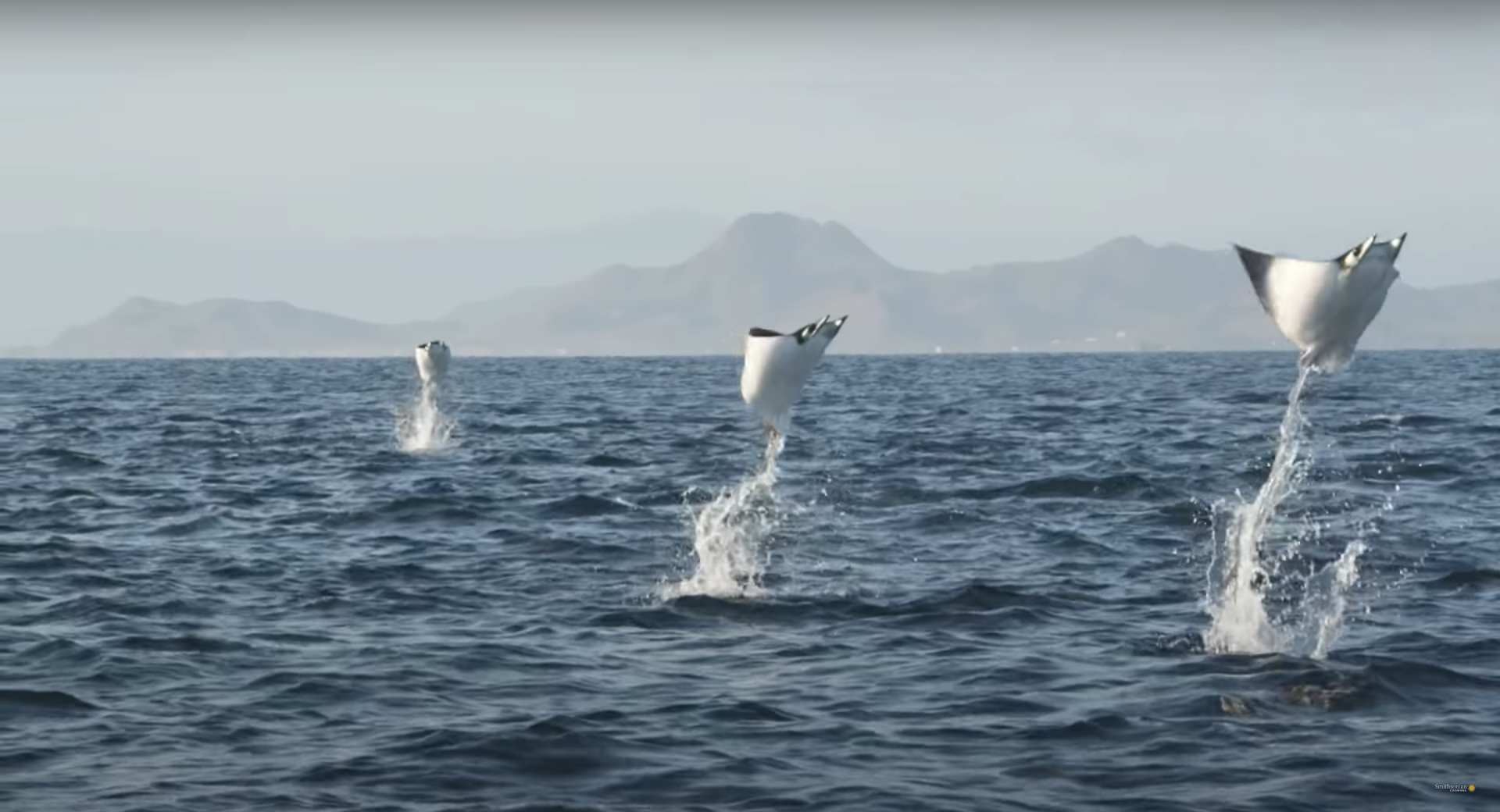