Kick Off Every Day With New DUNKIN DONUTS Sneakers - Nerdist

Kick Off Every Day With New DUNKIN DONUTS Sneakers

As the saying goes, “America runs on Dunkin,” but soon the coffee shop‘s slogan will be literally true, thanks to new sneakers featuring the company’s logo.

Every morning millions of us kick off our day by heading to one of the most popular and ubiquitous chains in the country, Dunkin’ Donuts. It’s only fitting we’ll now be able to celebrate our morning ritual with some all new kicks. They have once again teamed up with Saucony to release a pair of Dunkin’ Donuts themed running shoes (we first learned about at Mashable) in honor of this year’s Boston Marathon. 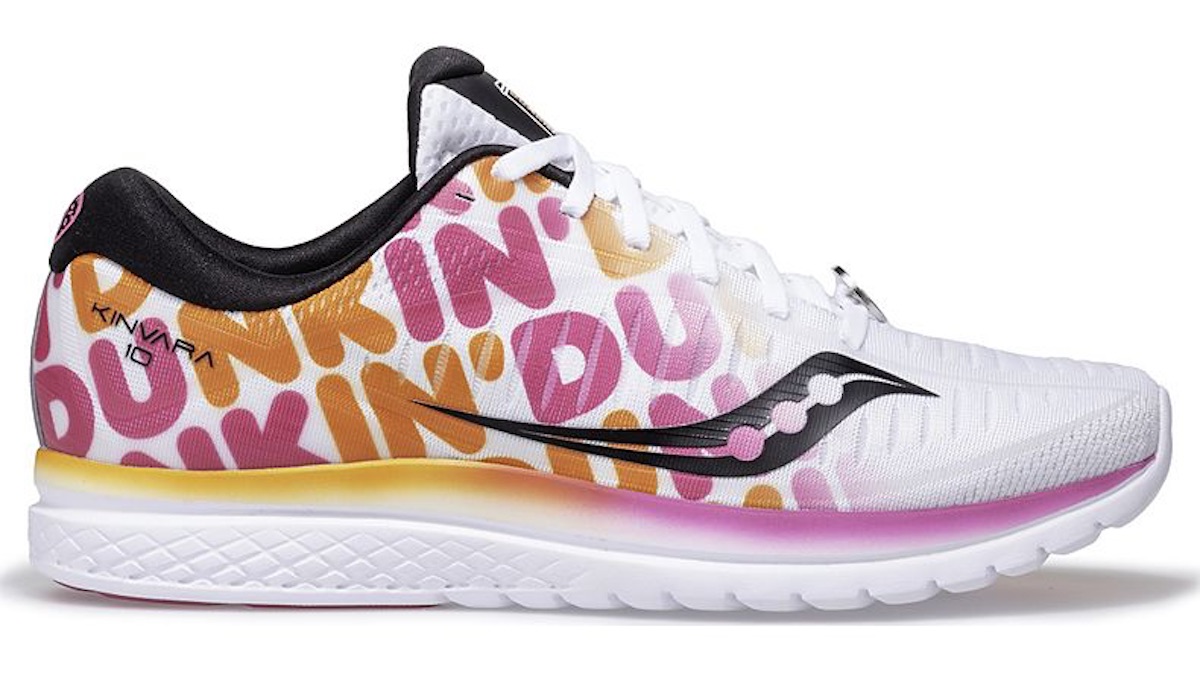 This is a perfect marriage of brands and event. Saucony is based in Boston, the city that is the Vatican to Dunkin’s coffee church. And as a proud denizen of the great Commonwealth of Massachusetts I can assure you Marathon Monday is our most sacred day. We celebrate a dubious state holiday while the rest of the country works—all while generally ignoring our normally strict open container laws.

The Saucony X Dunkin’ Kinvara 10 sneakers are covered with touches paying tribute to Dunkin’. They feature the company’s iconic pink and orange colors and logo and have strawberry-frosted donut medallions attached to the laces with a coffee cup-covered tongue. They include the word “Boston” on the heel. The shoes come with three sets of white, orange, and pink laces, all packaged in a custom Dunkin’ Donuts inspired box. 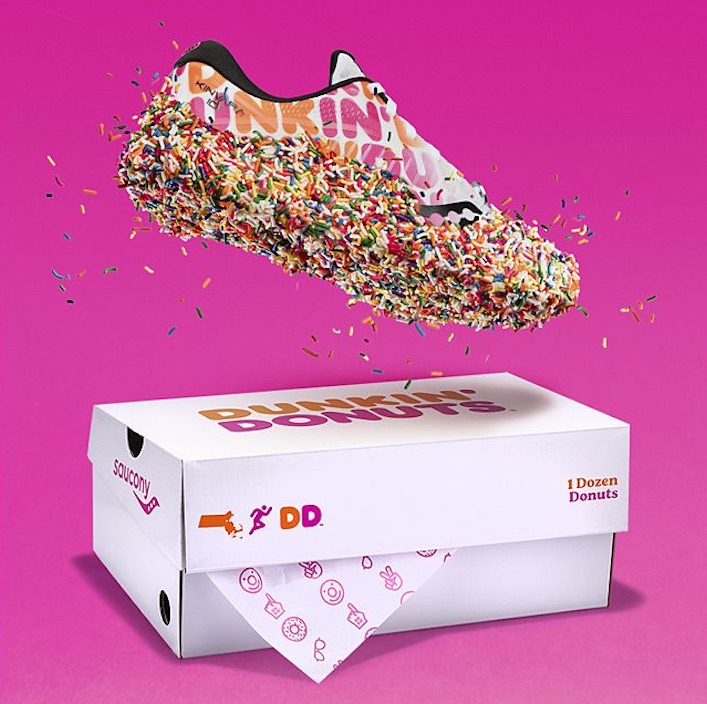 The Dunkin Kinvara 10s are available from Saucony and in Marathon Sports stores, for both men and women ($120), and also in kids sizes ($65). They last pair of Dunkin-themed sneakers, which weren’t as great-looking as these, sold out immediately; if you want to get a pair of the new ones grab them soon.

America runs on Dunkin’, which is why we expect a run on these sneakers. And probably also on the stores themselves, cause now we’re really in the mood for donuts. (What? We aren’t running the Boston Marathon in a month.)