Embark on a D&D Adventure Unlike Any Other in EBERRON: RISING FROM THE LAST WAR - Nerdist

Embark on a D&D Adventure Unlike Any Other in EBERRON: RISING FROM THE LAST WAR

The excitement in the air is almost as palpable as the steam rising from the bustling city around you. You see an airship rising from the mist, cobbled together by magic and technology. Your next adventure awaits once you climb on board. What mysteries will you find in the war-torn lands of Khorvaire? 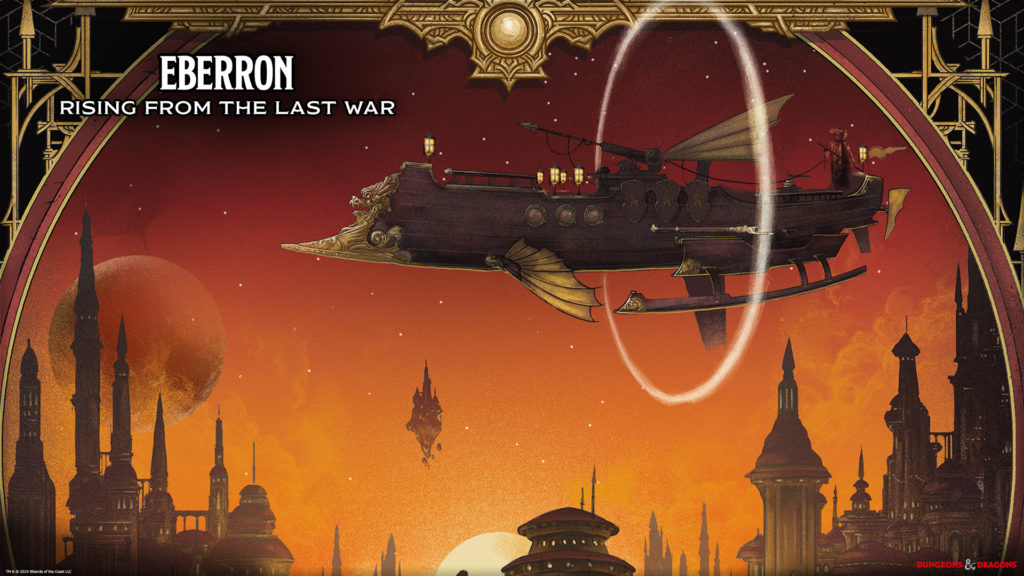 Eberron, a Dungeons & Dragons setting originally created in the early 2000s, returns in the newest sourcebook from Wizards of the Coast. Eberron: Rising From the Last War is a unique setting for D&D, where not all monsters are evil and not all heroes are good. Combining pulp, noir, and steampunk elements, all tied together by magic, your adventures in Eberron will be unlike any other.

The campaign sourcebook introduces new playable races such as the warforged and changelings, the official introduction of the artificer class, dragonmark tattoos, and group patrons, all of which can make your next D&D campaign feel fresh and compelling. There are also maps and a short level 1 adventure inside the book’s pages to help Dungeon Masters get started creating a story in the city of Sharn. 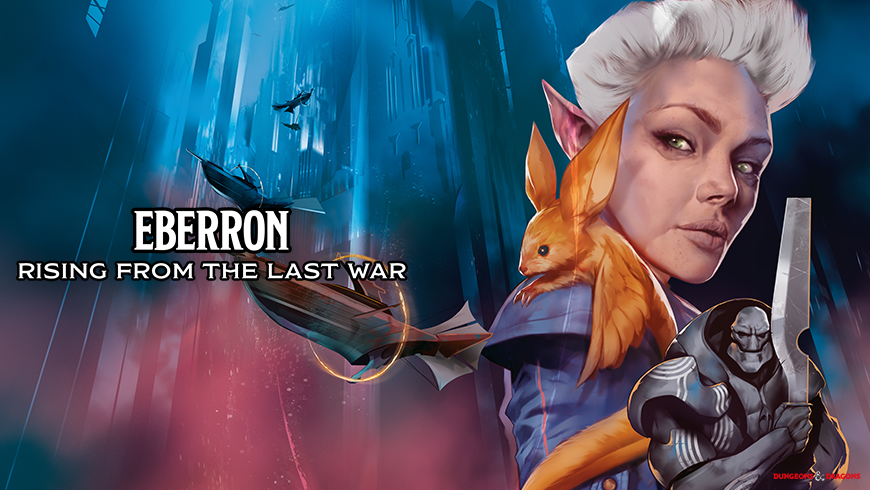 If you’ve ever wanted to center your next campaign around a noir-themed mystery, there’s no better place to start. From the thick mists of The Mournland, a land literally torn apart by cataclysmic magic, to intrigue among the dargonmarked houses of Eberron, to working for a newspaper in search of the next big scoop, and much, much more, it’s a guarantee that a campaign set in Eberron will be one you and your group never forget. Oh, and did we mention there are dinosaurs, too?

Eberron: Rising From the Last War can be found at your friendly local game store or digitally on D&D Beyond. We can’t wait to start our next big adventure.