For those fans of  Dungeons & Dragons who want a peek inside the minds of the folks in charge, there’s no better place to look than the monthly  Unearthed Arcana blog. It offers playtest versions of new classes, sneak peeks of upcoming books and surveys to help steer the future of the game. The most recent article offered a fuller version of the artificer class. The artificer is a gadgeteer that uses mystic power to invent impossible devices that anyone can use. We took a hard look at the class over the past couple of days and came away with these impressions of its current state. 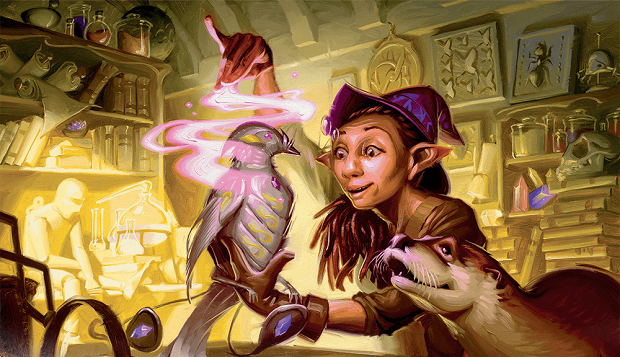 The magical abilities of the artificer key off of Intelligence. This makes gnomes the front runner for the class with their +2 bonus. It also fills in a key piece of their backstory as tinkerers and inventors. NPCs like this show up in plenty of adventures to help the heroes out but now players can take a character like this out into the field. Now that gnome tinkerer can try their hand at disarming traps in the dungeon rather than hearing about it at the tavern or shop.

The vedalken from Guildmasters’ Guide to Ravnica also have this bonus and they also seem like a good fit for the class with their cool rationality and bonus to precision. Of the other races with the soft +1 bonus to Intelligence, some cool ideas for characters still remain. A high elf looking to invent a new type of magic that anyone can use seems like a fun riff on the Artificer. Or what about a tiefling who imbues a little bit of their demonic essence into their artifacts?

Many backgrounds line up well with the current classes to enhance them directly. The artificer brings the guild artisan into the forefront. It gives a player two different sets of artisan tools they can use to channel their magic; one from the class and one from the background. It also offers characters that maybe dabbled as artificers in the past as guild artisans a chance to explore why they gave it up.

A dungeon master could even go so far as to create an alternate artisan background like the pirate for the sailor. The apprentice’s special ability is tied to their old master; the master can help the apprentice out of a jam but usual has to pay back the favor.

Players looking for another support class will find a lot to love. The artificer dabbles in a little bit of everything; thieves tools for traps, healing spells, and being able to infuse items with magic to help the other heroes. Infusion also helps craft a story where rather than finding random magic items in a dungeon, the artificer could make ones for their group based on how well the prototypes work. 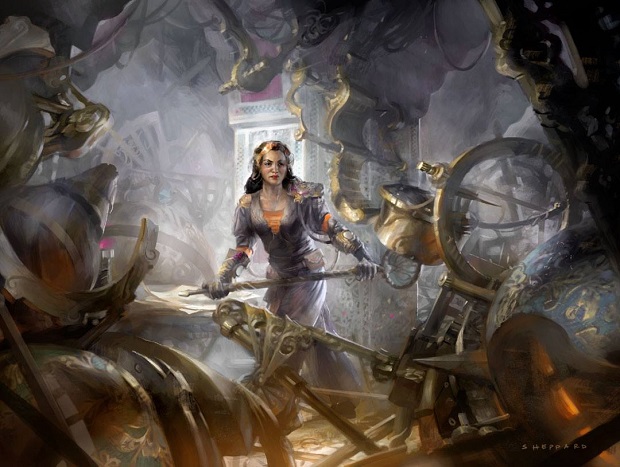 While much of 5th Edition sticks pretty closely to the pseudo-medieval elements of D&D, the artificer adds another touch of steampunk for those Dungeon Masters who want their games to have clockworks and airships alongside their dungeons and dragons. Both Guildmaster’s Guide to Ravnica and Wayfarer’s Guide to Eberron illustrate worlds where magical devices fit like a perfect cog, but pay attention to the sidebar about proficiency. Artificers get firearms proficiency in worlds where guns exist.

A New Coat of Paint

Most classes offer some flexibility through their archetypes to help common classes make unique characters. The Artificer currently has two; the potion-crafting Alchemist and the battle-ready Artillerist. We don’t know how many archetypes will end up in the official version of the class, but the two we have can easily be reflavored to help the Artificer catch up to the other classes that have more options thanks to Xanathar’s Guide to Anything.

The Alchemist could be changed to anything involving consumable items, such as a doctor mixing monster bits into concoctions ready for injecting or a mystic cook that infuses their food with magic (we hear those are pretty popular these days).

The Artillerist could just as easily be an arcane gunner cobbling together cannons Macgyver style from things lying around. Change their ability to create wands into being able to create guns and they become very useful for introducing firearms into a campaign. Mix this with the arcane weapon spell and the artificer can swap some serious lead…or cold…or acid…

We’re very excited about this class and can’t wait to get it on our table. We hope to see a finished version very soon.

The future of D&D!

Rob Wieland is an author, game designer (Star Wars RPG, Firefly RPG, Camelot Trigger) and professional nerd. who  occasionally tweets and livestreams RPGs with the  Theatre of the Mind Players while his meat body is resides in scenic Milwaukee, WI.