If you’re itching to explore the sands of Arrakis and don’t want to wait for the upcoming Dune film adaptation by director Denis Villeneuve, then we have just the thing for you. The first ever definitive graphic novel adaptation of Frank Herbert‘s novel is here. Dune: The Graphic Novel, Book 1 covers the first part of the epic sci-fi novel. Frank Herbert’s son Brian Herbert adapted the book for the graphic novel along with Kevin J. Anderson. Then Raúl Allén and Patricia Martín provided the luscious interior illustrations. And if you’d like a peek inside the graphic novel, you’re in luck. We have an exclusive preview for you. 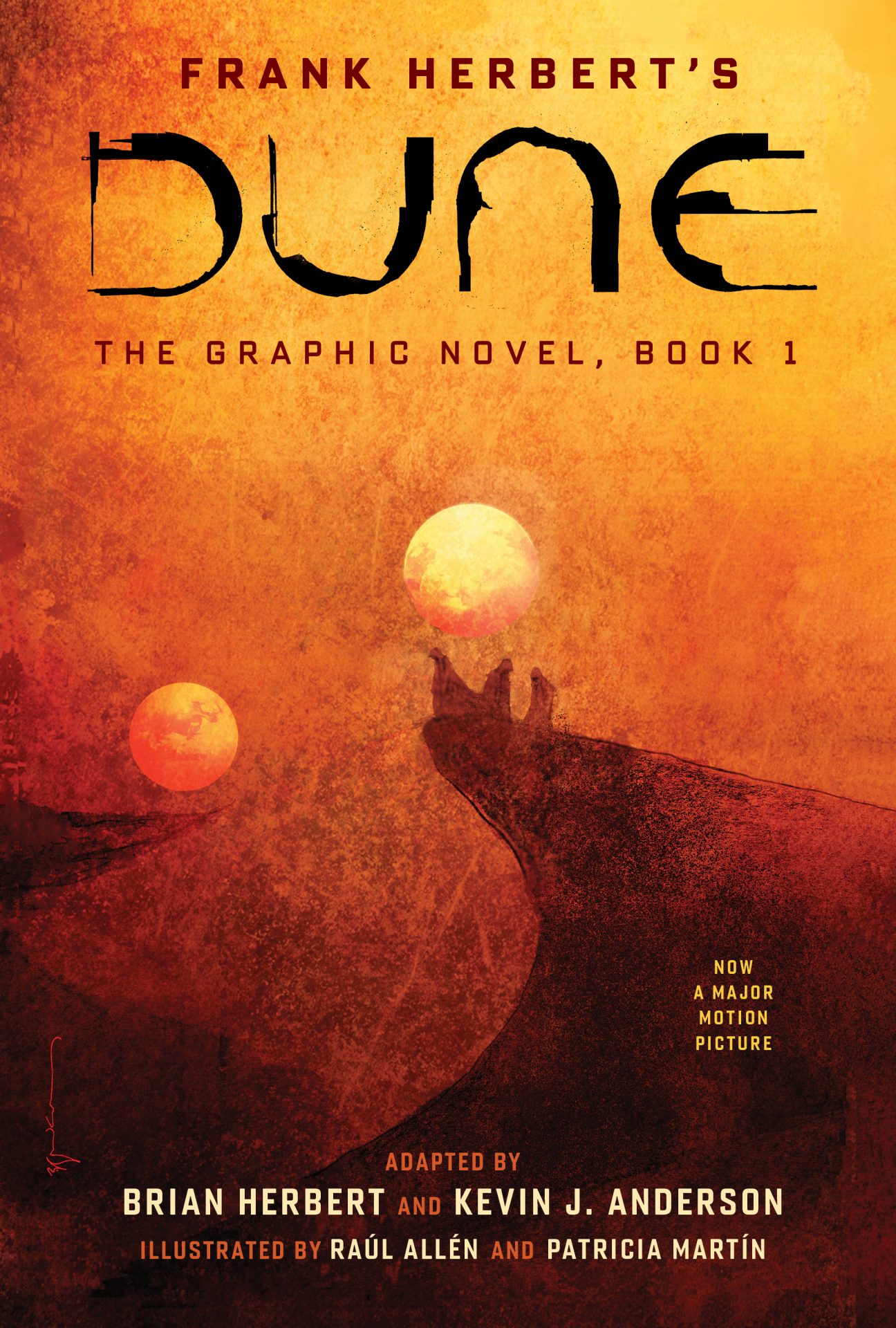 The cover art, by none other than legendary artist Bill Sienkiewicz, pulls you in. The palette practically makes Arrakis‘ blazing heat and desolation jump off the page. And that only continues as we dig into the interiors. They match Dune‘s rich story. The pages we have for you come at a crucial point near the beginning of the story. House Atreides is leaving Caladan, a lush green world, for Arrakis, which is basically the exact opposite of that.

It’s an important move for House Atreides. But not one without political intrigue and consequences. Arrakis is home to spice, a substance important to many beings in this universe. In the below pages, you’ll see the drastic difference in the two planets with just a glimpse. Then you’ll meet Lady Jessica and Duke Leto Atreides as they settle into their strange new home. 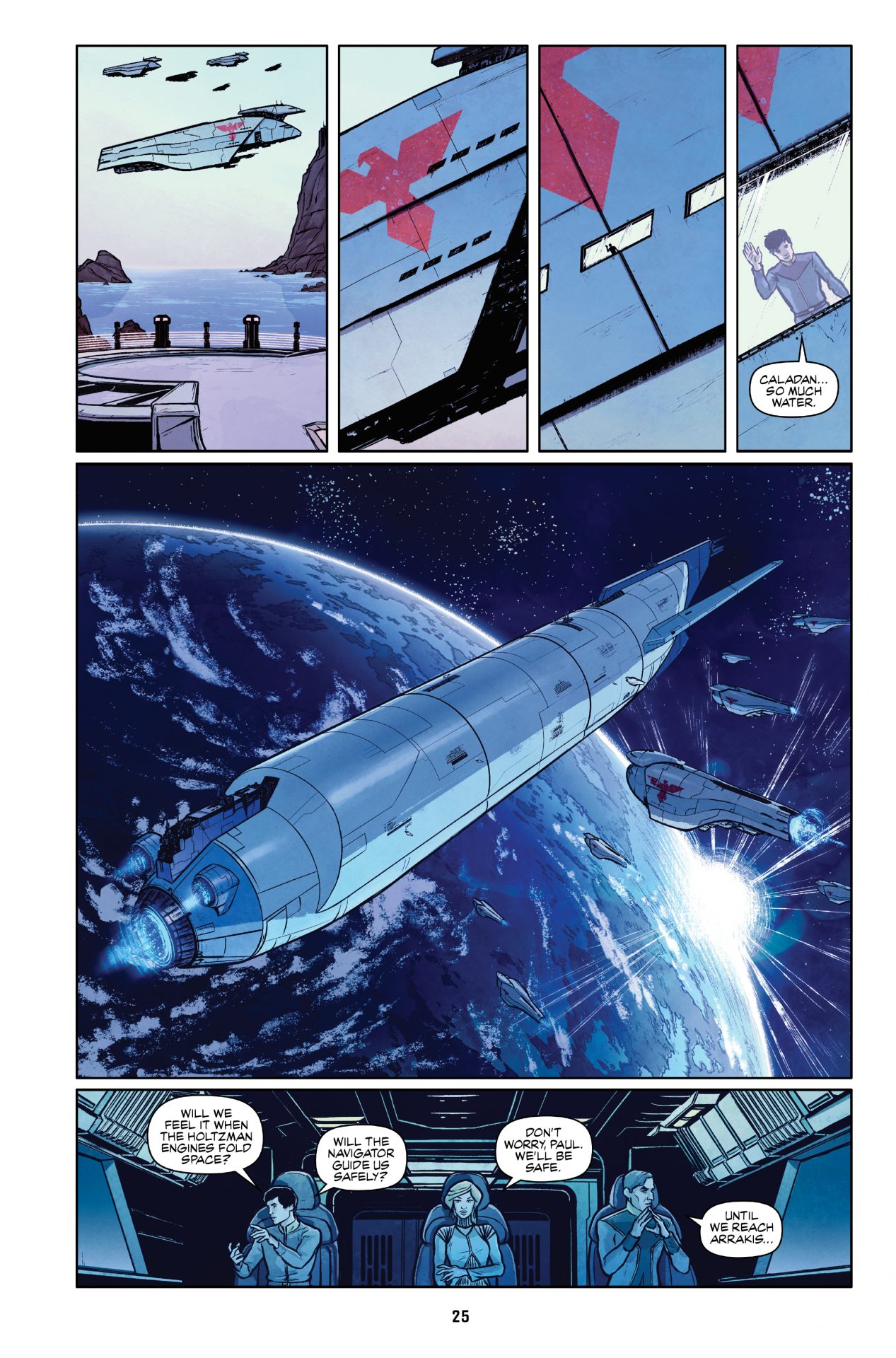 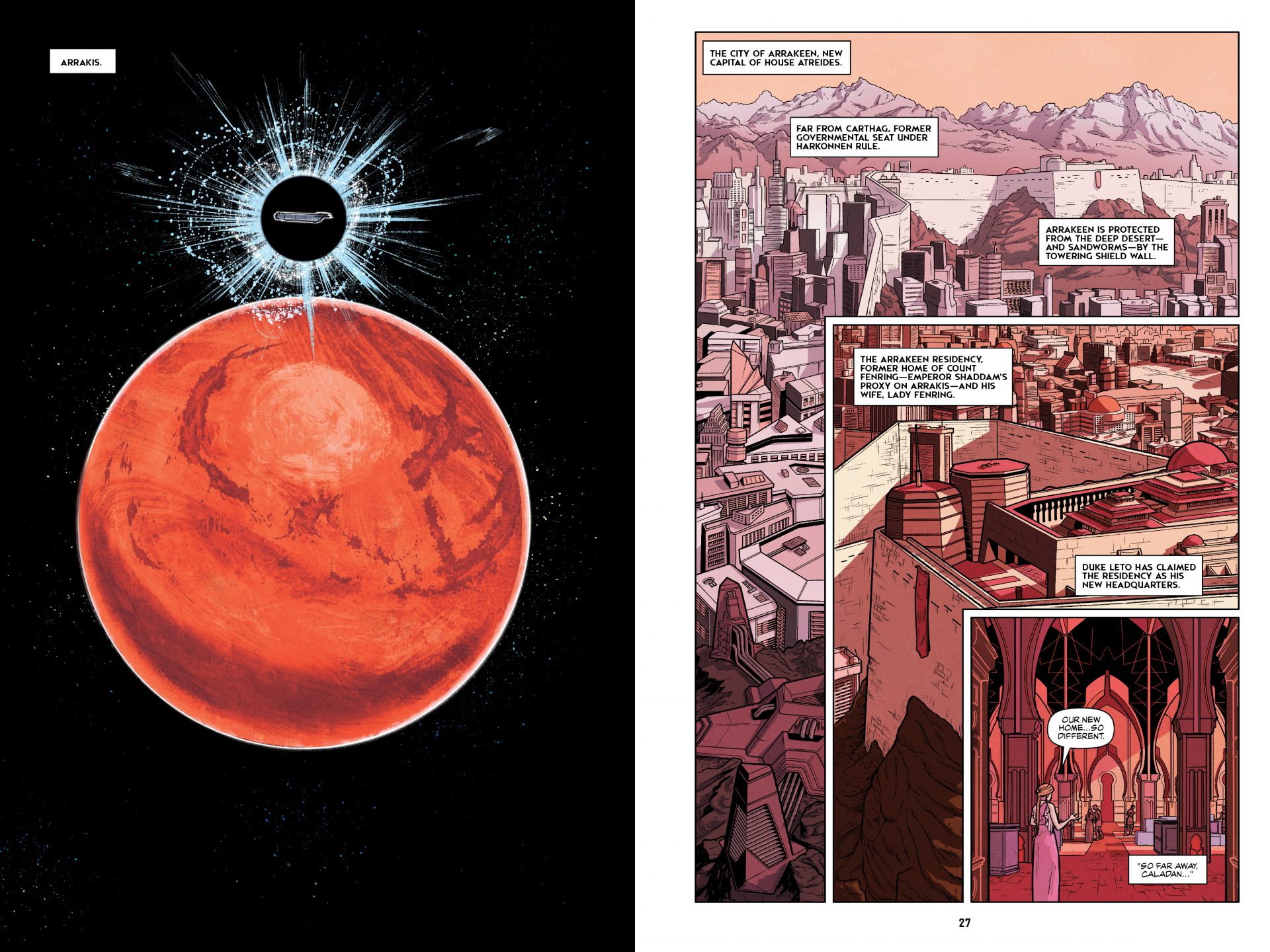 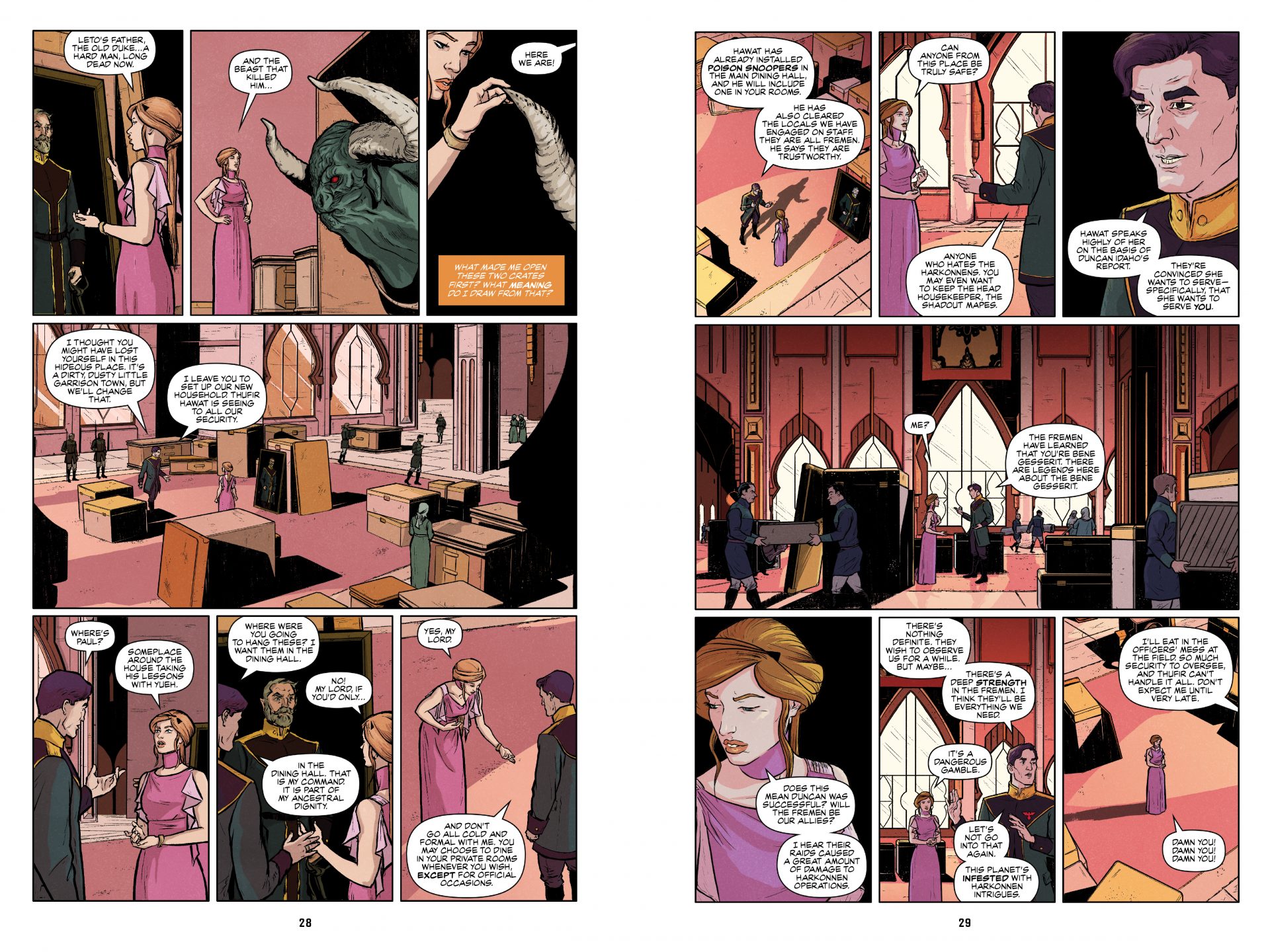 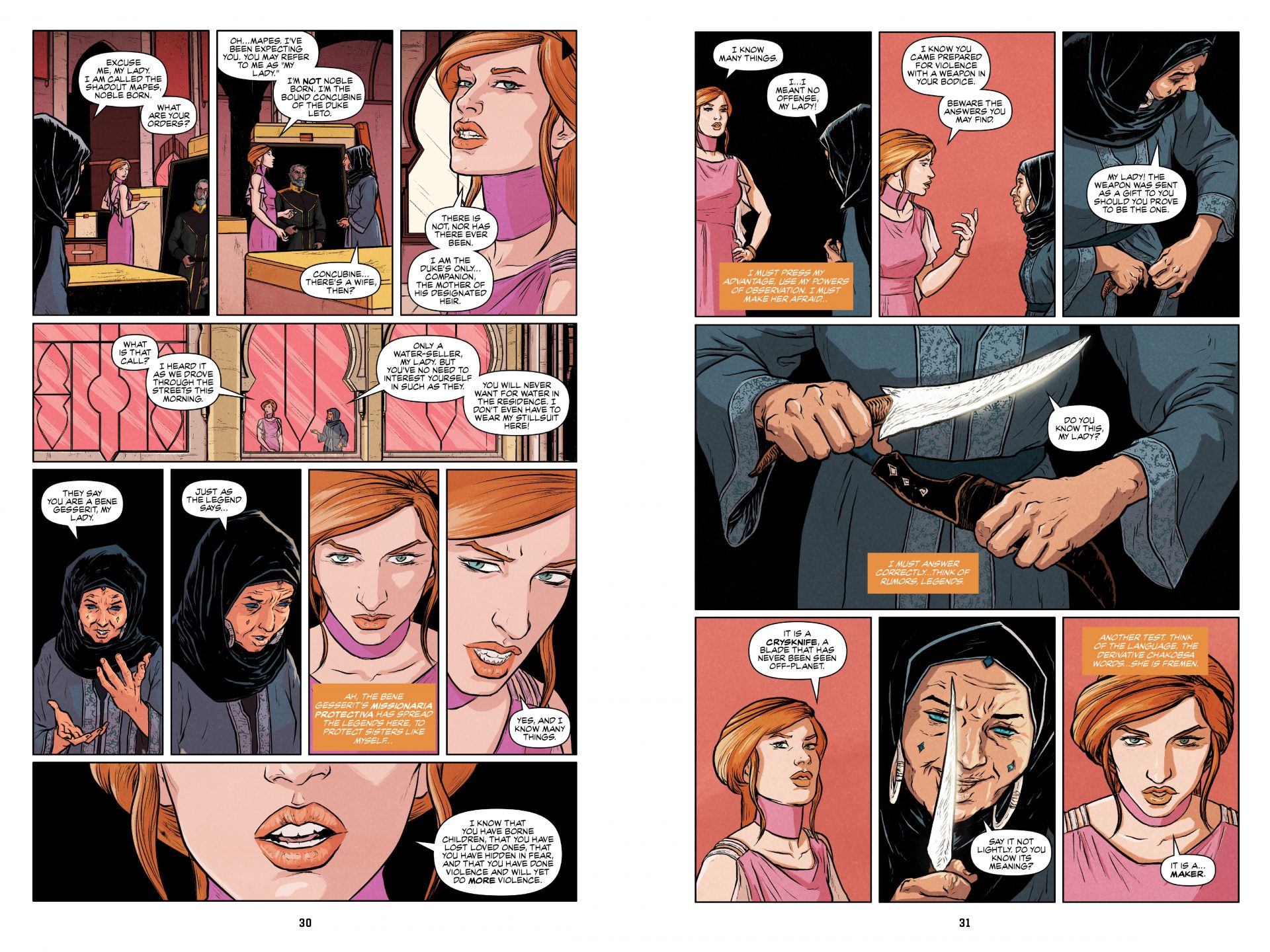 This art is gorgeous. And this isn’t even getting into the big action sequences, the Fremen, Paul Atreides’ journey, and everything else that happens.

Dune: The Graphic Novel, Book 1 arrives tomorrow, November 24. You can get your order in now.