The spice is ready to flow once again for Frank Herbert’s seminal sci-fi fantasy novel Dune. Denis Villeneuve is the latest director to bring the best-selling story to the big screen. Only this time the epic novel is getting two parts. After months of anticipation, we finally have a trailer for the highly anticipated first movie, which stars Timothée Chalamet as the story’s main character and hero, Paul Atreides.

And, predictably, the internet has lost its collective mind over it and its giant sandworm. Here are some of the best Twitter reactions to Dune‘s first teaser. 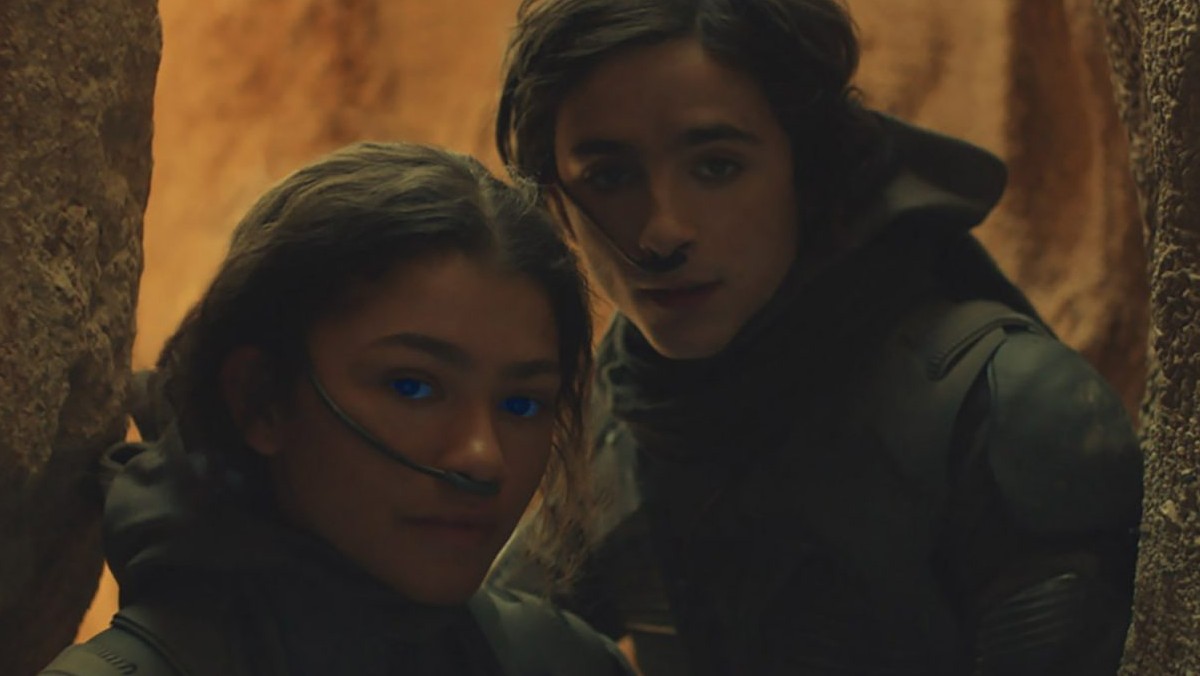 You might not remember the feeling in 2020, but people can still experience joy. Which many did while watching the trailer.

hello enjoy my reaction when oscar came on in the dune trailer KDJDKSKDKD pic.twitter.com/v9cQ9pqiH7

me opening night for dune https://t.co/bmikLXIEVZ

Not everyone was thrilled, but only because they have no idea what the hell the movie is actually about.

One thing everyone understands, though, is that this is one good looking cast.

hopping on the dune discourse for 1 reason and 1 reason only: horniness pic.twitter.com/6nrmWBmrnT

Side note. Oscar Isaac is aging like the finest of wines. pic.twitter.com/tB0Kh9WNM6

Unfortunately, a sci-fi fantasy novel released in 1965 and set on a desert planet has a timely connection with our world right now.

Dune's roll out is crazy. https://t.co/nc3ecKyyg7

Waking up in the Bay Area this morning 🔶🟠📙🍊#Dune pic.twitter.com/OTT1OdTpfE

I HOPE THIS EMAIL FINDS YOU WELL

Watching the DUNE trailer and... pic.twitter.com/ekaJjosHKT

i can’t watch the dune trailer because i’m at work pic.twitter.com/Jwv0oDmlgW

WHATS IN THE BOX pic.twitter.com/z0MZ4hQTA0

The gender of the baby has been revealed to be "Sandworm."

Speaking of sandworms, based on early polling they have an approval rating of 100%.

and the Oscar for best visual effects goes to... #dune pic.twitter.com/iU1gb6pHiy

seeing the worm in the dune trailer is the happiest I’ve been in months pic.twitter.com/paaannljKS

me: show me a worm
dune trailer: 🐛
me: thank you

As long as we don’t have to deal with actual sandworms in our world in 2020 they should remain very popular.

Movies
Everything We Know About the KNIVES OUT Sequel, GLASS ONION
Nerdist
6 MIN READ