Can’t DundeeÂ please actually be a real movie? After all, Boo: A Madea Halloween began life as a joke in a Chris Rock movie and ended up being one of the most fun entries in that long-running Tyler Perry franchise. Dundee, as we noted before, was a fake-out to promote an Australian tourism ad, and in the final spot aired during the Super Bowl, Danny McBride acts like all of us did when we realized it wasn’t a bonkers sequel. But at least we finally get Paul Hogan.

Speaking to Business Insider, Danny McBride revealed his thinking behind doing the spoof.Â â€œI thought, personally, with the current state of movies, people for sure would assume, like, ‘What a terrible idea for a movie…And there were definitely people who thought that, but there were also people who were into the idea. I thought for a second, ‘Maybe I was too harsh, this would be a cool movie.'” He also teases that he liked working with Chris Hemsworth so much that they could maybe play Mad Max’s kids in a sequel to that other epic Australian franchise flick. If his reboot of Halloween works well, who knows? 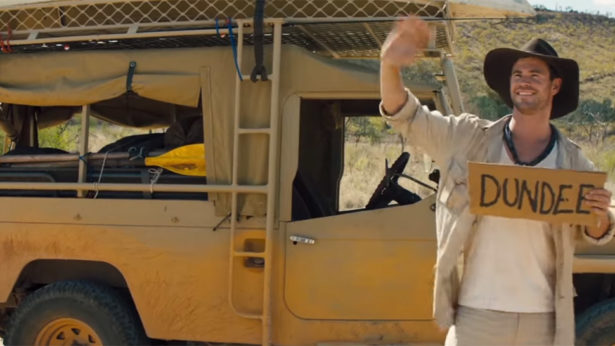 Given Taika Waititi’s style of comedy, though, maybe McBride would have a decent shot at appearing in a Thor adventure. Motion capture for Beta Ray Bill, anyone?Would you have wanted to see Dundee if the movie had been real? Should Paul Hogan try to Kickstarter it? Is that really a “knoife”? Make it a g’day in the comments section and have your say.